Growing privacy concerns expressed over use of 'vaccine passports'

Already in use in Israel, "vaccine passports" are also being developed in the European Union and the United Kingdom, as well as Japan and China 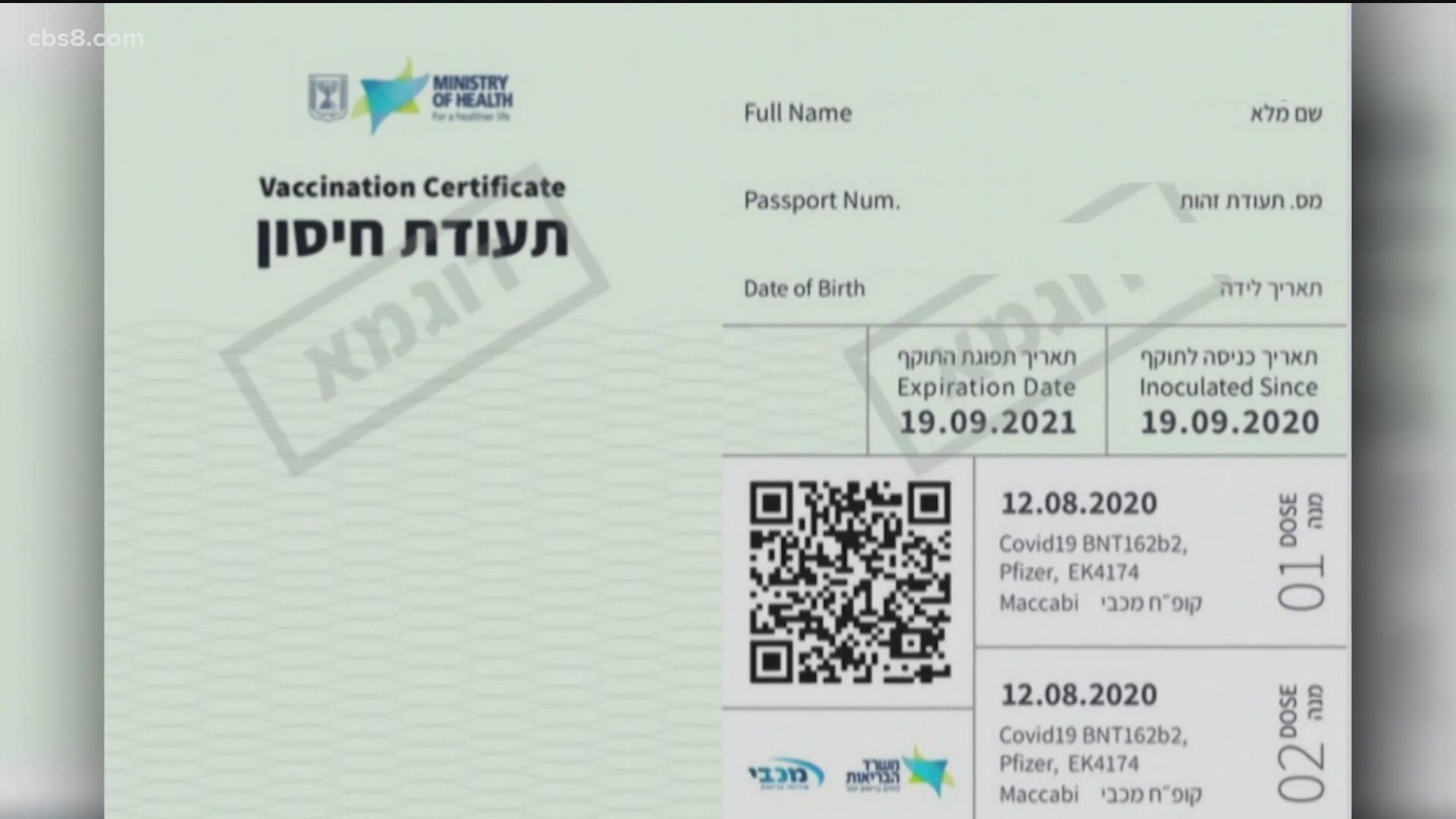 As businesses worldwide begin to reopen, some countries are developing high-tech ways of providing proof of vaccination.

A growing number of companies, from airlines to cruise lines to sports teams, say they will require proof of vaccination from customers, and app-based "vaccine passports" could help expedite that process.

In Israel, its government-issued "Green Pass" has already become a way of life.

"It is all safe in the telephone," said one Israeli woman, showing off her Green Pass on her mobile phone. "It is very convenient!"

The digital certification, verifying that a citizen has been fully vaccinated against COVID-19,  is now required in Israel, as users "scan in" to gain entry to gyms, hotels and concerts.

Similar models of these vaccine passports, sometimes called "immunity certificates," are also being developed in the European Union and the United Kingdom, as well as Japan and China, as a way of opening international travel.

"It's a very controversial question," said António Guterres, Secretary-General of the United Nations.

Here in the United States, though, the Biden administration made it clear that any type of vaccine passport program would not be organized through the federal government, and instead left to the private sector.

"There will be no centralized universal vaccinations database, and no federal mandate requiring everyone to obtain a single vaccination credential," said White House spokesperson Jen Psaki.

Today we launched Excelsior Pass, a free platform for businesses & individuals that can be used to easily access secure proof of a recent negative COVID test or vaccination.

It's a first of its kind tool to help NY fight COVID while reopening our economy safely.

The app stores information such as the user's most recent inoculation date or confirmation of a negative COVID-19 test.

It's already been used to gain entry to events at Madison Square Garden, with New York's governor Andrew Cuomo saying it "heralds the next step in our thoughtful, science-based reopening."

Critics though, including Florida's governor, have serious concerns about privacy issues.

"What, give all this information to some big corporation?" Governor Ron DeSantis asked. "You want the fox to guard the henhouse? I mean, give me a break!"

For its part, IBM has responded to privacy concerns, explaining that it uses special "block-chain technology' to encrypt personal data to help keep it safe.