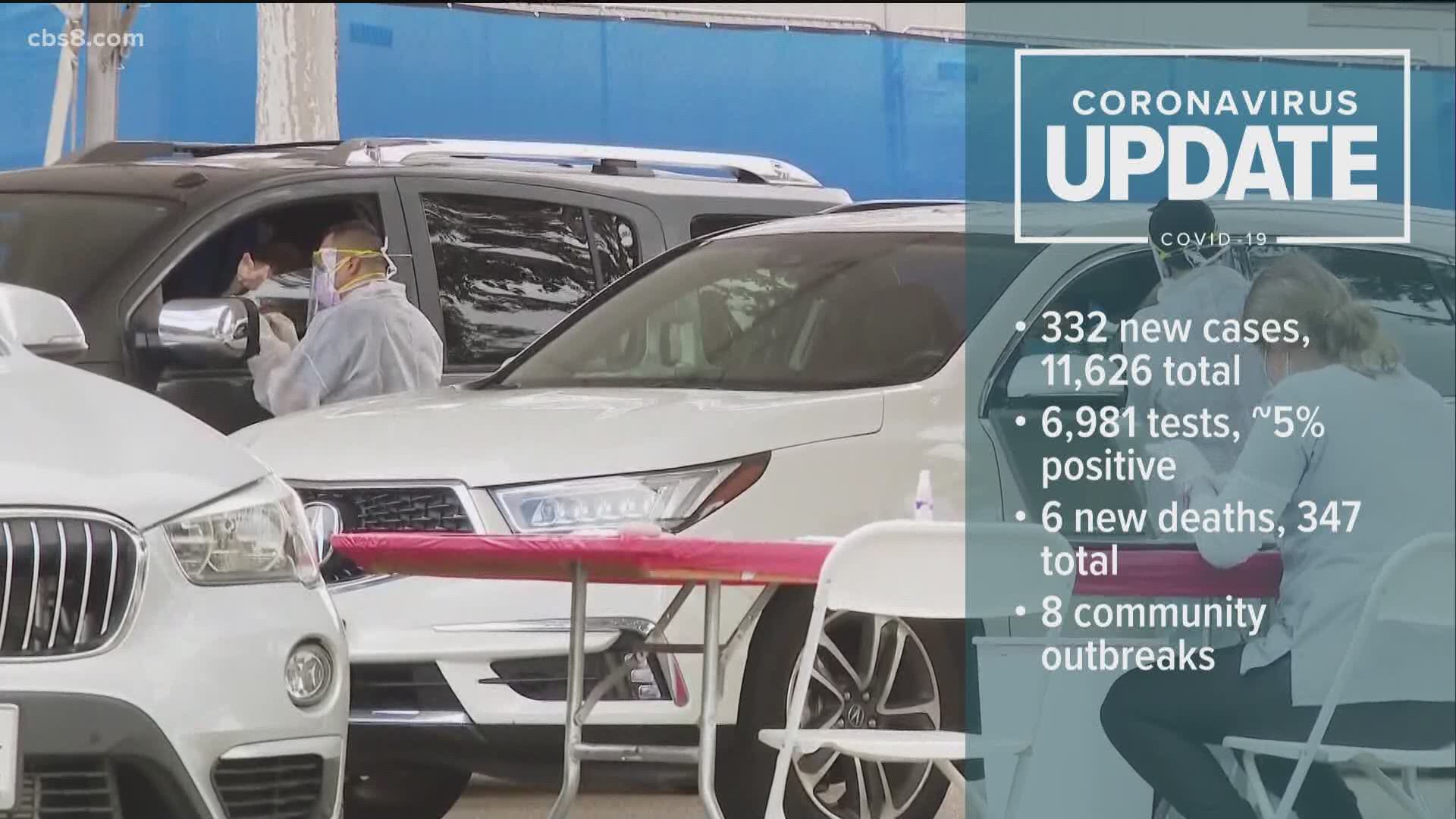 SAN DIEGO — San Diego County public health authorities reported over 300 new COVID-19 cases for the third time in four days, as the case total in the county soared past the 11,500 mark.

After 310 and 302 new cases were reported on Sunday and Monday -- representing an above-average percentage of positive cases to total tests performed -- the numbers dipped Tuesday, with 198 cases or 3% of the test total.

Wednesday's 332 cases made up 5% of the county's 6,981 tests. A "modest uptick" in the number of hospitalizations and ICU visits also has officials worried.

"The sense of community we brought together at the beginning of this to slow the spread is the same one we need to summon now," County Supervisor Nathan Fletcher said Wednesday. "It's natural to see the spread when things start to reopen. What we want to avoid is an exponential spread."

Fletcher said individual choices to do everything possible to prevent the spread would be vital in coming weeks. Frequent hand washing, wearing facial coverings in public and maintaining social distancing would all continue to make the difference in how quickly the illness makes its way through the community, he said.

"These could influence cases going forward for days, weeks or months," she said Wednesday.

Another community outbreak was reported Wednesday, raising the number reported in the last week to eight -- above the threshold the county set in a set of 13 "triggers" announced earlier this month.

Community-transmitted COVID-19 outbreaks activated one of those triggers last Thursday, placing a pause on any additional openings allowed by the state.

The county could take industry-specific actions, pause all reopening efforts or even dial back reopenings if enough of the metrics rise above a certain threshold. The threshold for community outbreaks -- defined as three or more lab-confirmed cases from different households -- was fewer than seven in a week's span.