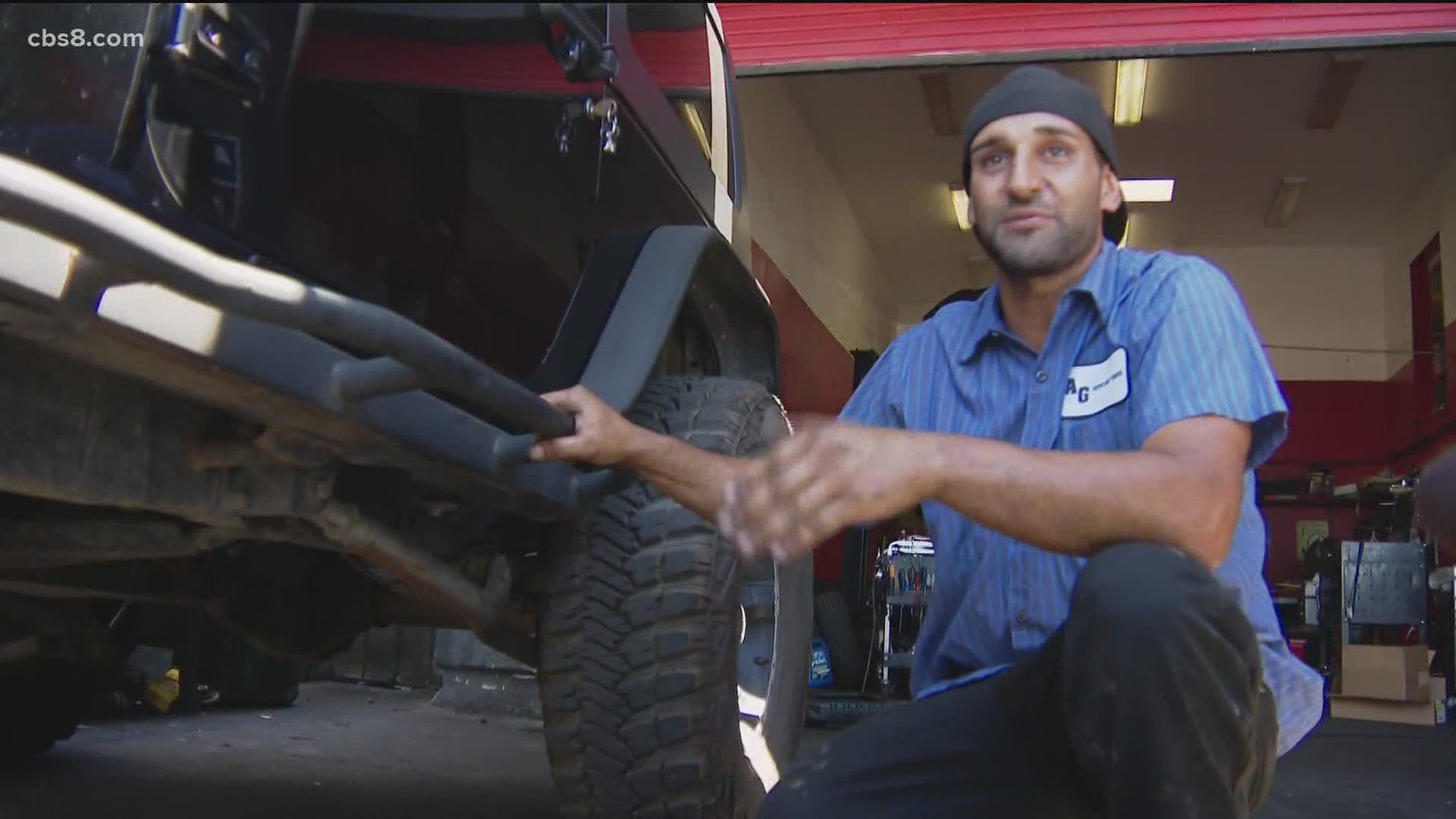 SAN DIEGO — As things start warming up in San Diego, some of us feel it more than others.

"I'll tell you one thing, this San Diego heat is really killing us," said Andrew Charalambous, a mechanic and the owner of AG Auto and Truck in El Cajon.

“Just because of the heat we’ve been making our days a bit shorter, starting earlier at 6 a.m. and working until 3,” Charalambous said.

The incoming heatwave not a surprise for most people but still, well yeah, it’s going to get hot.

“Try and get in the shade as much as you can avoid that heat sunstroke,” he said.

But mechanics aren't the only ones on alert.

As we move deeper into the summer we know that the fires have the potential to get larger and more devastating.

And most of them are caused by humans.

“A lot of times it’s unintentional, people are out just living their lives, even trying to do the right thing like clear their defensible space then their mower hits a rock and these fires are off to the races,” Shoots said.

Things are drying out now in hotter temperatures and he says history shows what can happen.

“We do know that once we have multiple incidents going at the same time the abundance of resources starts to diminish and that’s when it really becomes a challenge," Shoots said.

Fire season is just another issue added to all other things people are dealing with during the ongoing COVID-19 pandemic.

“Life is good. We like the sun and we’ll take as much of it as we can,” he added with a laugh.

RELATED: Hot across San Diego as the heatwave peaks

Firefighters also warned people who live in high-risk areas to make sure they have an escape plan since, due to the pandemic, some places are no longer an option as part of previous escape plans.

It was a Summer scorcher across most of SD County to wrap up July! Today marked Day 2 of record heat for Campo and a few more cities joined in. @CBS8 @thecwsandiego #cawx pic.twitter.com/BrwrZ1k2ly