Maasdam left Auckland, New Zealand on March 1 and was sailing a New Zealand and South Pacific crossing cruise that was scheduled to end in San Diego on April 3. 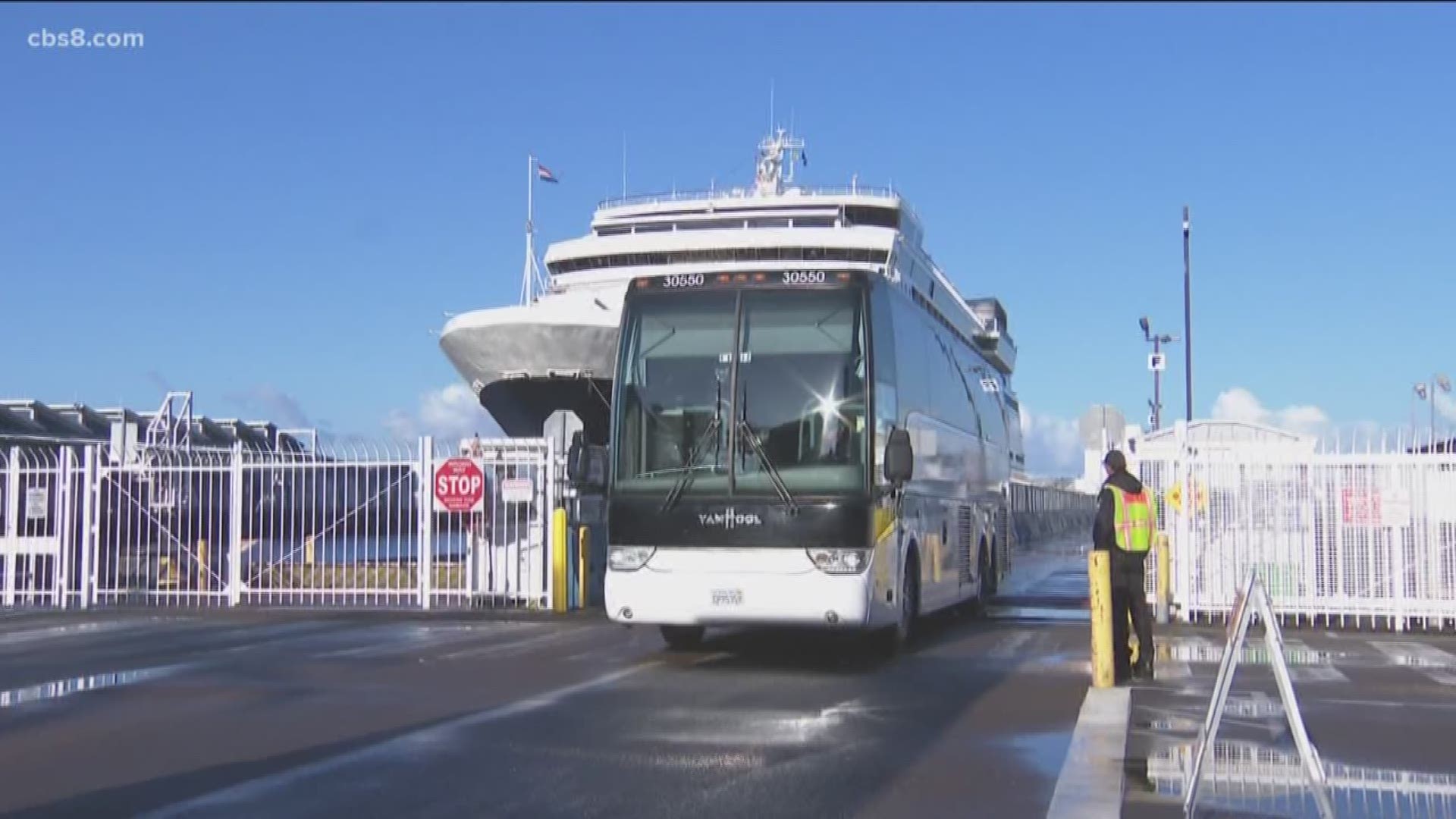 SAN DIEGO — Although the cruise ship industry is shut down for now, more cruise ships are arriving in San Diego. Hundreds of people are on a cruise ship along San Diego’s Embarcadero. Several of them are set to disembark Friday.

The Maasdam a cruise ship with Holland America arrived Thursday carrying over 800 passengers. Ships like the Maasdam are completing voyages that began before the COVID-19 outbreak.

"While prioritizing public health, and with extra precautions in place, we are working with our cruise line partners to conclude sailings that were still at sea when the cruise lines suspended operations in mid-March," said Port of San Diego public information officer Brianne Paig. "No ship has been or will be allowed into San Diego Bay without first being cleared by the Port of San Diego, County Health Officials, the CDC, the Coast Guard, and Customs and Border Protection."

RELATED: A Story of Hope: San Diego man survived coronavirus against all odds

RELATED: What's the status of cruise ships in San Diego?

Maasdam left Auckland, New Zealand on March 1 and was sailing a New Zealand and South Pacific crossing cruise that was scheduled to end in San Diego on April 3. But because of the coronavirus outbreak there's been a change in course. 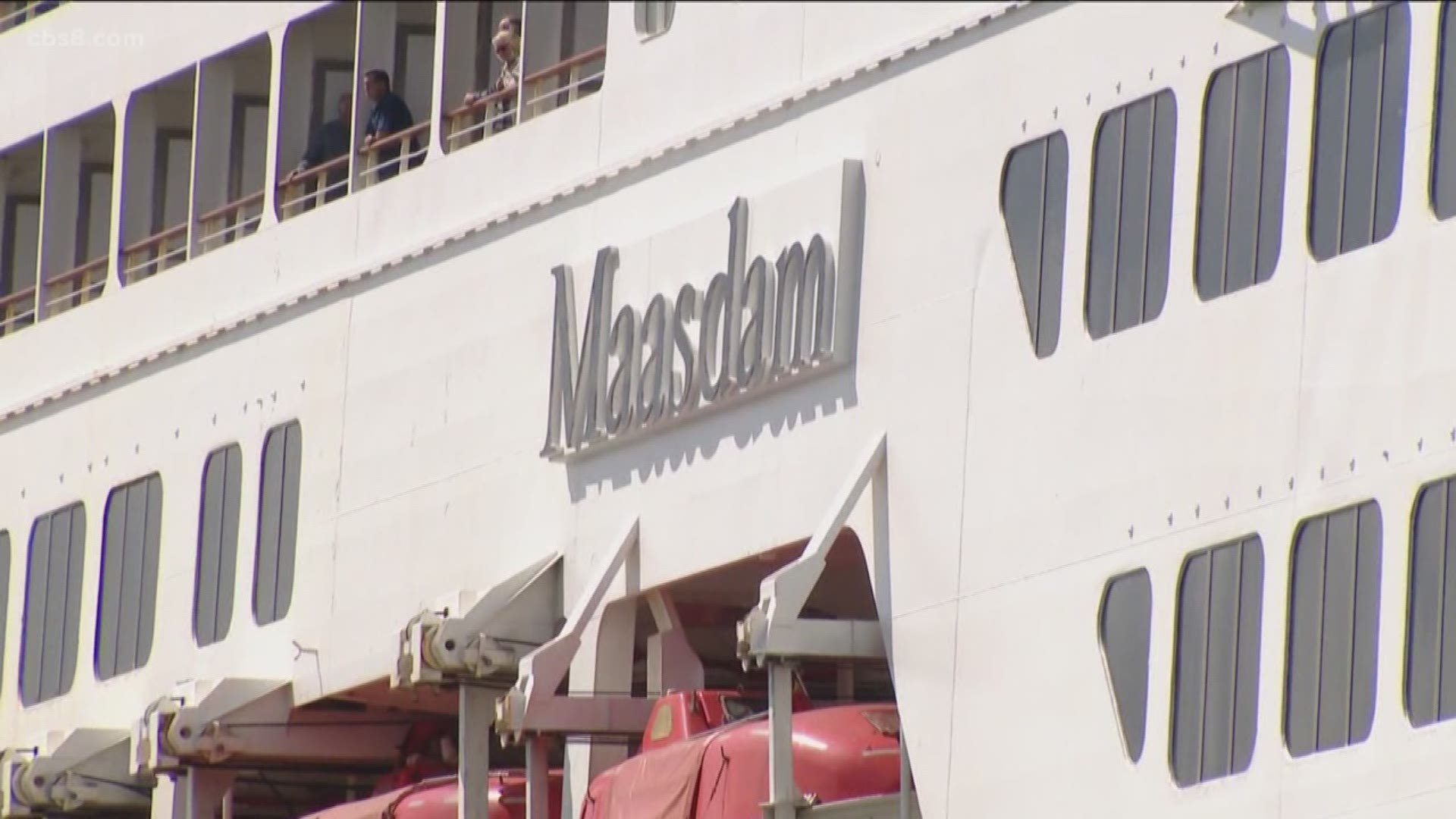 The cruise line issued this statement:

"Everyone on Maasdam has been safe and well cared for. There are no known or suspected cases of COVID-19 among the 842 guests and 542 crew onboard."

Officials are expected to come aboard the ship and check each passenger in relation to customs and immigration.

Holland America said when guests disembark the ship they will go directly to the airport for flights home. As a precautionary measure, the motor coaches used for transfers will be disinfected after each trip.