Why are COVID-19 hospitalizations down in San Diego?

Hospitals have seen an 80% decline in patients with COVID-19, although they remain vigilant as more San Diegans get vaccinated. 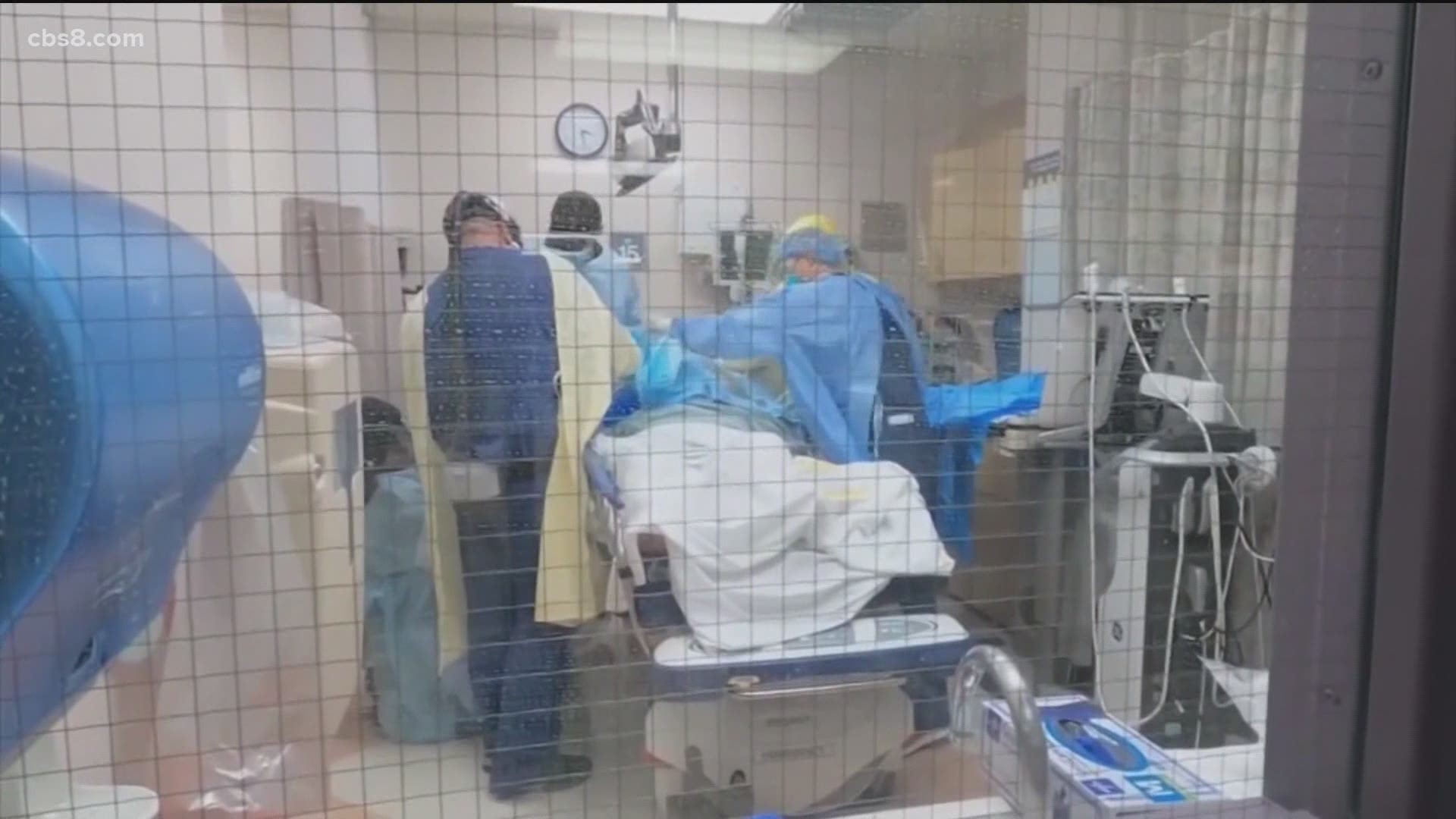 Data from the county’s Health and Human Services Agency showed about an 80% drop in patients suffering from coronavirus from January peaks.

It has allowed doctors, nurses and other staff at hospitals to take a breath following an onslaught of cases that caused health experts to fear they may be forced into a “crisis care” scenario. Often, they have stood in for a patient’s family because of visitation restrictions, which added to their stress.

“Now that there's a little bit more breathing room, I think [staff] are really thinking about and processing what the pandemic has meant to them and their families in a way that they haven't really had time to do up until now,” said Jess Mandel, M.D. Chief of U.C. San Diego Health’s Division of Pulmonary, Critical Care and Sleep Medicine.

The decline is attributable to several factors. There was a large decline in gatherings after the holidays and because of the various Stay at Home orders.

Providers say they have also gotten better at treating COVID-19 and have more options at their disposal. While January was the deadliest month of the pandemic, with 1,027 San Diegans losing their lives, the fatality rate was 1.3%. Comparatively, in April 2020, when the virus was still new to the area, the fatality rate was 4.2%.

The vaccine has also helped keep the most vulnerable patients out of the ICU. The county estimated more than 70% of seniors have received at least their first dose.

“Getting those folks vaccinated early on in the top tier helps me sleep better at night knowing that the risk of an epidemic in a nursing home and the number of people ending up in the ICU dying from COVID has really been reduced substantially for that,” said Mandel.

Hospitalizations for younger adults has also declined since the January spike, although not as sharply as seniors because many have not been vaccinated. Overall, younger adults are less likely to die or require hospitalization, but it can happen, especially for people who have underlying conditions.

“When we admit patients in their 20s and 30s, they can be very ill and sometimes it's a shock to them. They kind of feel they're not supposed to be that sick,” said Mandel.

California began vaccinating people 16 and older with underlying conditions on Monday, which may help further decrease the number of people requiring hospitalization. In turn, it would help reduce the lingering strain on the healthcare system.