Beyond the Numbers: How can San Diego get to the less restrictive orange tier?

At the current rate, the county is unlikely to have a sustained case rate to enter the orange tier before November. 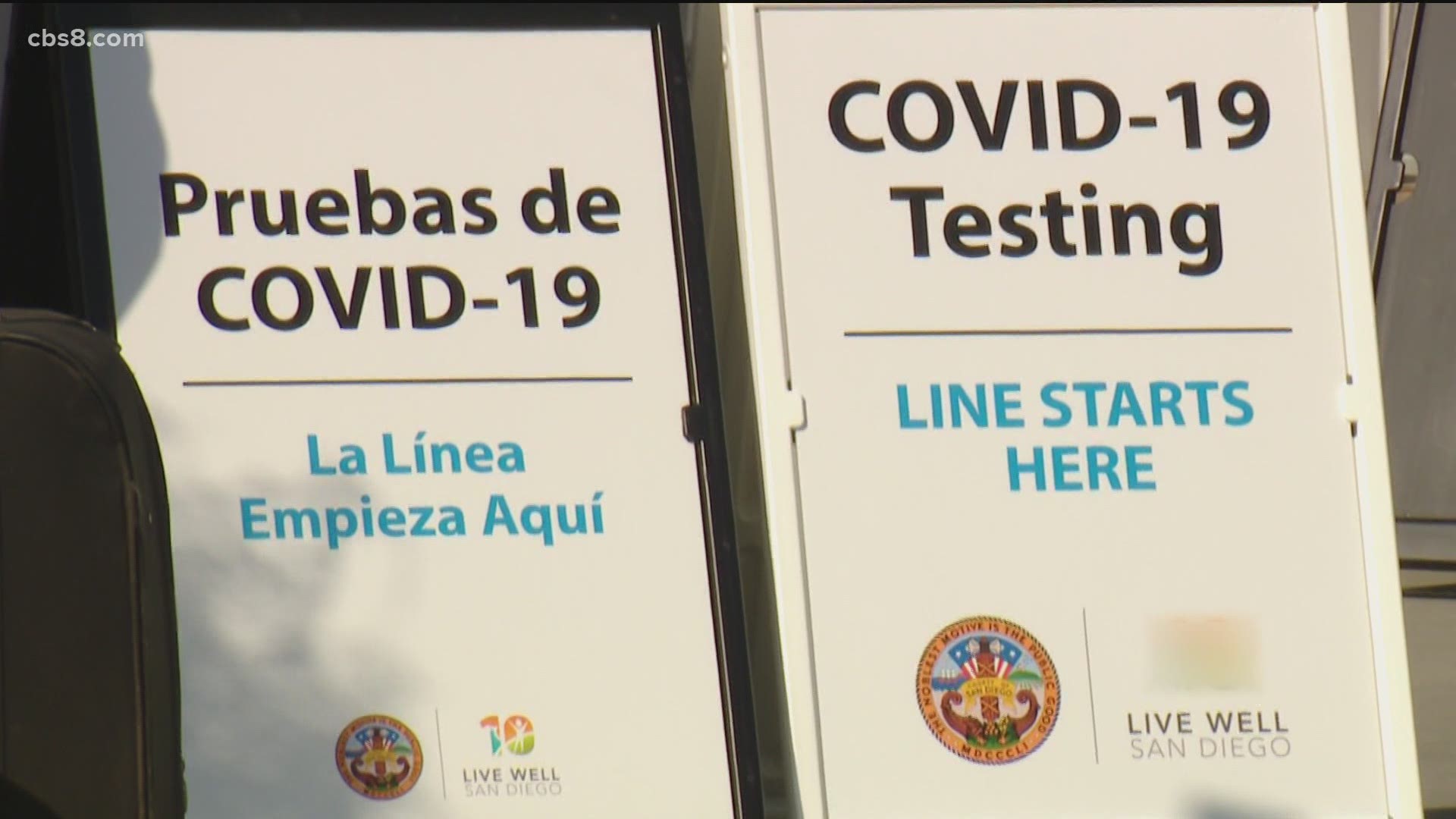 SAN DIEGO COUNTY, Calif. — San Diego County is focused on getting into a lower tier under the state’s Blueprint for a Safer Economy. It narrowly avoided going from red to purple, the most restrictive tier, last week.

At the current rate, the county is unlikely to have a sustained case rate to enter the orange tier before November. Last week, the state calculated San Diego had an adjusted rate of 6.9. It needs to get below 4.0 for 21 consecutive days, or have less than 133 new daily cases, before the county can move tiers.

Since the state began using the new metric last month, the county’s case rate has been penalized for not doing enough testing relative to the state median. County health officials are working to increase the number of tests offered.

The county also hopes to receive credit soon for the work it has done in traditionally underserved communities. The Blueprint for a Safer Economy originally called for counties to receive credit under an “equity metric,” but the state has yet to release the formula or benchmarks.

“We believe that we're going to find a metric working with those counties that not only can be implemented but through the tremendous effort that we're already seeing and building on that, that each county can be successful,” said Mark Ghaly, M.D., M.P.H., Secretary of California Health and Human Services when asked about the status of the metric.

County officials point to outreach efforts in the South Bay and its T3 – testing, tracing, and treatment – strategy as proof it is ahead of the curve.

The county has also managed to maintain capacity at hospitals and intensive care units during past spikes. Some hospitals even accommodated transfer patients from other counties that were overwhelmed by patients with COVID-19. However, neither the Blueprint for a Safer Economy nor the previous case rate metric gave counties credit toward reopening businesses sooner.

“We feel that counties should get credit for if they are doing a good job in those areas,” said Wilma Wooten, M.D., M.P.H., San Diego County’s Public Health Officer.

The state does not have a timeline for when it will roll out the equity metric.

Last week, state health officials cautioned some counties that saw cases increase slightly. Ghaly predicted some may be people who contracted the virus over Labor Day weekend. Locally, San Diego will closely monitor area colleges that have or will soon resume in-person education.

“It’s about not letting our guard down as we did earlier in the summer as we watch some of these numbers trend in the direction that we don't want to see, which is upward,” said Ghaly on Friday.