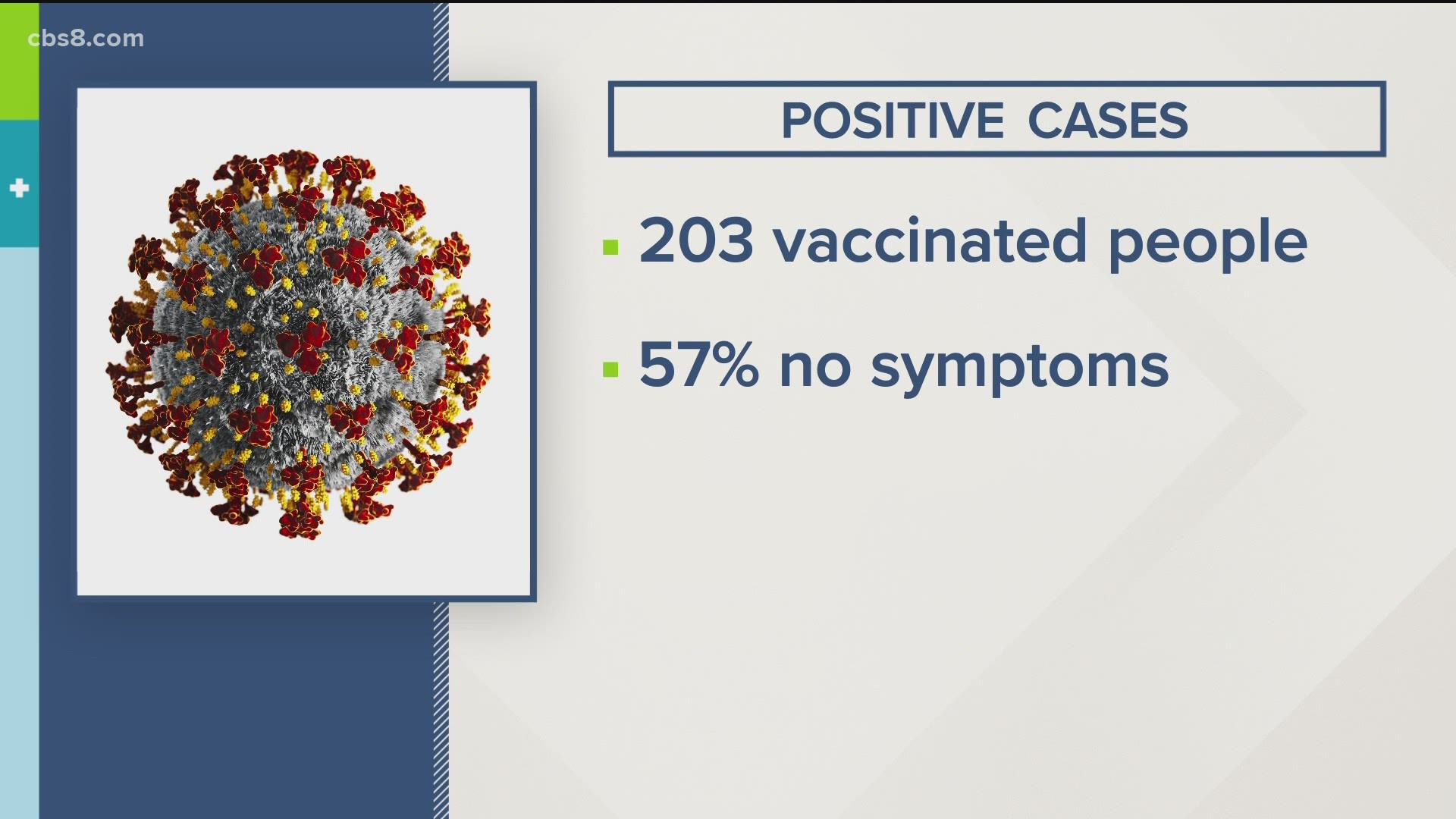 Deputy Public Health Officer Eric McDonald, M.D., M.P.H., said the results were not unexpected. Pfizer and Moderna’s vaccines had an efficacy rate of about 95% in trials while J&J’s had a 72% efficacy rate in U.S. trials.

The county’s positivity rate of .027% of all people who have been vaccinated is about three times higher than the national average reported by the Centers for Disease Control.

“We're a little bit higher and we actually expect to see higher numbers locally than they report at the national level because the reports first come locally and move up the chain to the state and into the national figures,” explained McDonald.

None who have tested positive required hospitalization or died. More than half had no symptoms and only realized they had COVID-19 when they were tested at work or for unrelated medical treatment.

The data has had no impact on demand, which continues to outpace available appointments.

So far, the county has received 2.5 million doses and nearly half of all San Diegans 16 and older have received at least one dose.

The California Department of Public Health has said counties need to vaccinate at least 75% of their population to achieve herd immunity. It expects this will happen in time for the state’s expected June 15 reopening.

“This week, our region ended up receiving about 100,000 more vaccine doses than we received last week. This marks the first significant jump in vaccines that we’ve seen in a little bit. We don’t yet know what we will receive next week, but we are encouraged by that and hope it signifies a greater opening in the availability of vaccines in San Diego County,” said Supervisor Nathan Fletcher.

The state expects demand will start to wane in the coming weeks as those who were most interested in getting vaccinated get their shots.

Health officials plan to continue outreach efforts to encourage as many people as possible to get vaccinated as appointment availability expands.

“We have a robust engagement process that is more targeted toward those communities that are more likely to be hesitant,” said Fletcher. “We continue to see tremendous demand and I think when you look at the breakdown in equity areas you see a lot of those communities having a really high utilization rate and I think that’s a testament to a focused effort around equity.”

WATCH: San Diego County reports that 203 fully-vaccinated people have been infected with COVID-19