The Kaiser Permanente study is actively looking for volunteers between the ages of 12-17. 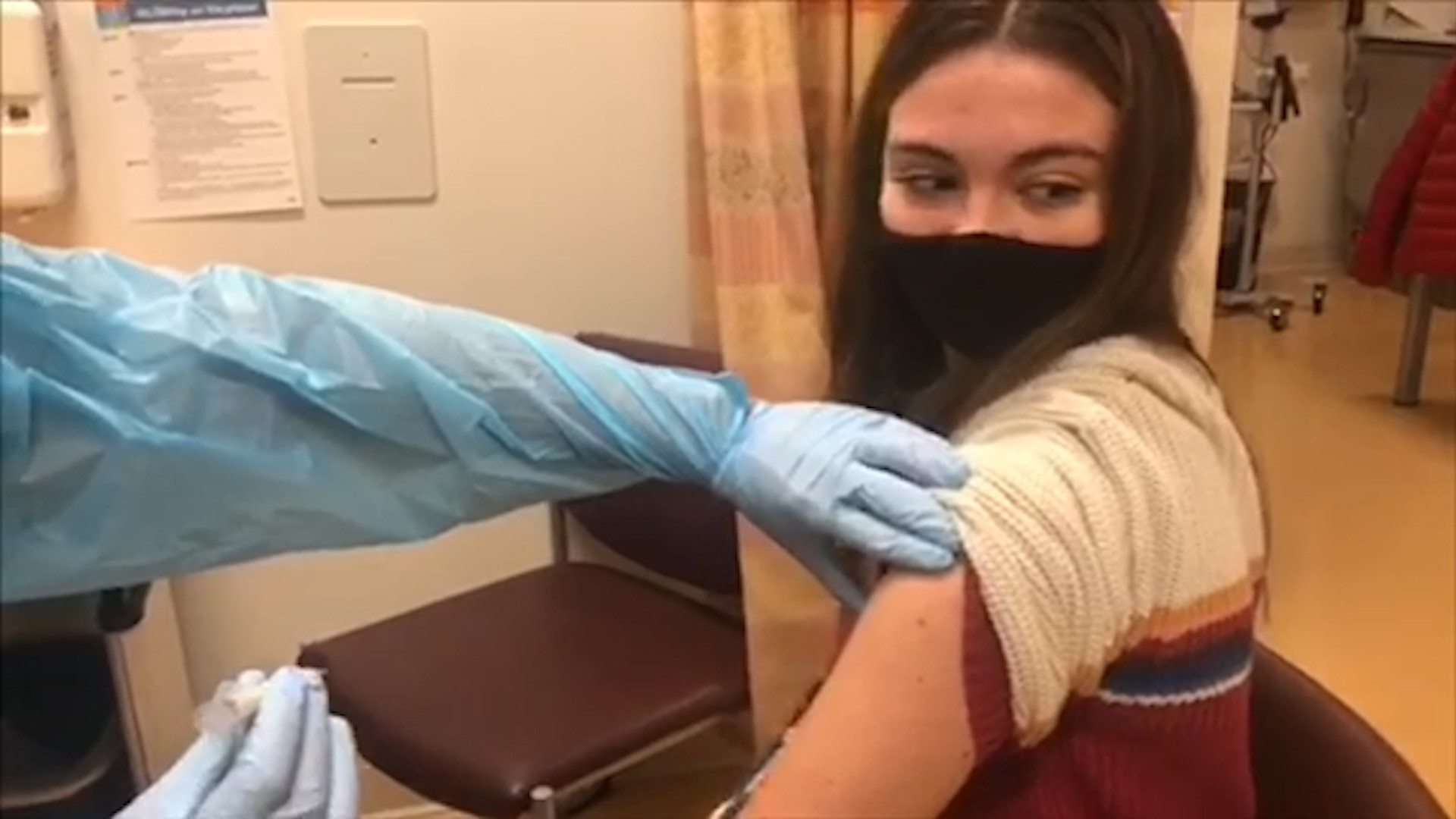 SACRAMENTO, Calif. — Pfizer released preliminary data from its COVID-19 vaccine trial showing it could be 95% effective at stopping the virus. Yet the initial study only focused on people between 18 and 85 years old. Now, Kaiser Permanente is taking part in a study of the vaccine on a younger population.

Dr. Nicky Klein is the director of the Kaiser Permanente Vaccine Study and principal investigator for the trial in Northern California. She says the study with children is the same as adults.

"It is a placebo-controlled trial and that half of the participants get a placebo as we were just discussing, and half will be getting the vaccine,” Klein said. “The two doses are 21 days apart and we'll be continuing to follow all the participants for up to two years."

Allison Eisenman, 17, volunteered for the study and explained why.

"I did want to do what I can, especially [because] teenagers are probably [some] of the most irresponsible people during the pandemic,” Eisenman admitted. “I wanted to do what I can to help get us out."

Still, she said there was some additional incentive.

"Because I know it won't be open to the general public,” Eisenman said. “It will go to health care workers first. So if I happen to get it, I'll be one of the first people to actually have it."

"It's just like every other shot,” Eisenman said. “I'm not the best with needles but I don't know, it was just like any other shot, like the flu shot, which I got just a few months ago."

Klein said they're actively looking for volunteers for the study.

She also said they’re proud of the work they’ve done in the search for a vaccine.

"We're certainly very proud to be a part of this but this is what we do because this is actually our mission at the vaccine study center, to do studies exactly like this," Klein said.