The businesses want to resume indoor operations immediately and argued they were unfairly put into the state’s tier system. 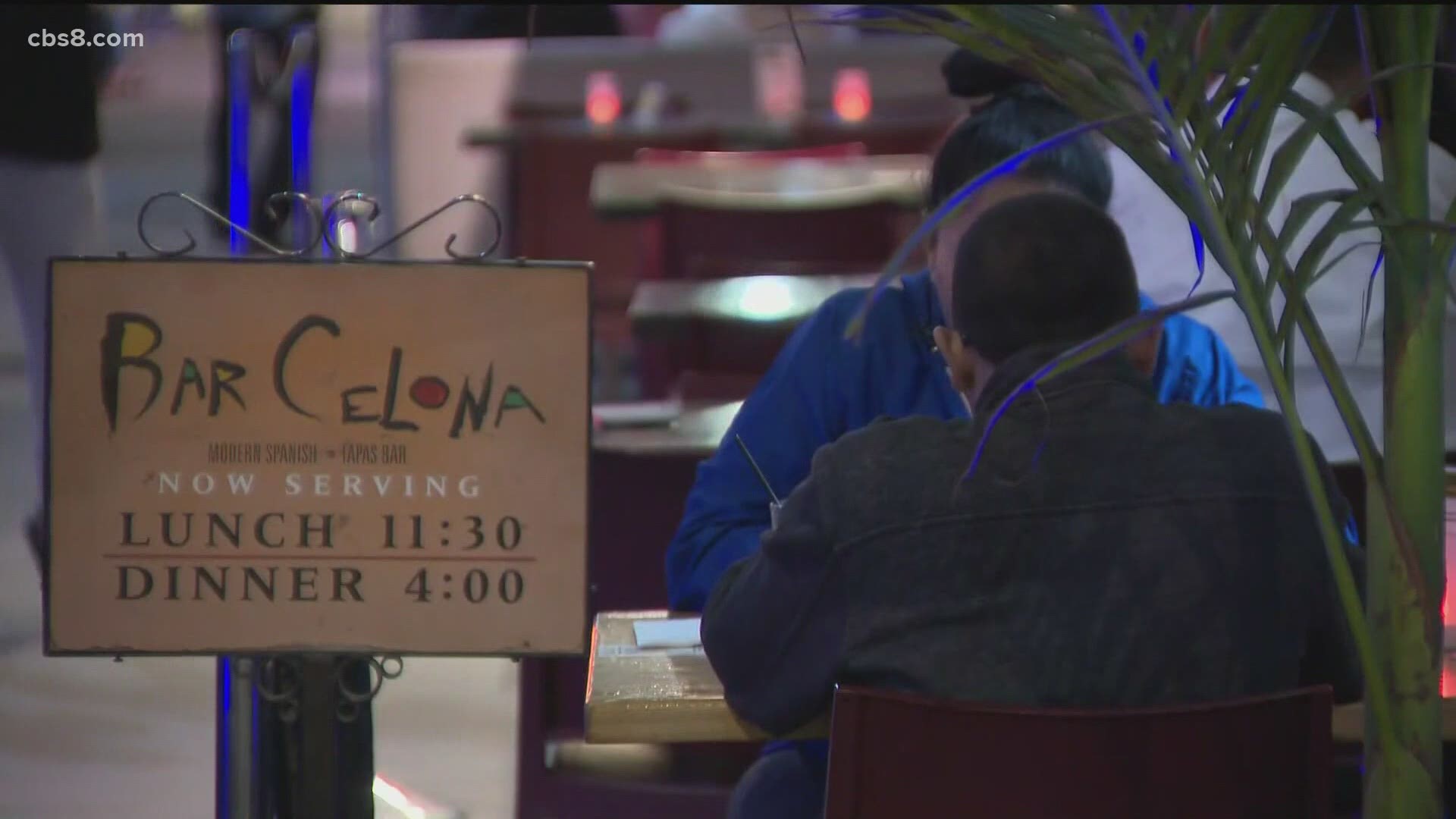 SAN DIEGO — A judge heard arguments Friday afternoon in a lawsuit aimed at allowing all restaurants and gyms in San Diego County to resume indoor business.

The businesses want to resume indoor operations immediately and argued they were unfairly put into the state’s tier system.

“There was no explanation as to the random and arbitrary nature of how the governor and his leadership designated restaurants and gyms as well as any other industry,” Katz told Judge Kenneth Medel via remote video conference.

Due to the rise in #COVID19 cases, CA is issuing a limited Stay at Home Order.

Non-essential work and gatherings must stop from 10pm-5am in counties in the purple tier.

This will take effect at 10pm on Saturday and remain for 1 month.

Together--we can flatten the curve again.

“We are in a spike that's unlike what we’ve seen in this pandemic, and the pandemic itself is not like anything we've seen in over 100 years,” Eisenberg said.

The plaintiffs are seeking a temporary order to allow all gyms and restaurants in the county to open their doors to indoor customers, as the lawsuit moves through the court system.

“The restaurants are not asking anything other than to be treated in a similar fashion as other industries,” argued Katz.

Katz said gyms and restaurants are not to blame for the recent surge in COVID-19 cases, and the state's tier system makes no sense.

“Why is purple tier 7 percent?  Why is red tier 4 percent?” he asked the judge.

Eisenberg countered that the Governor has emergency powers to implement a tiered system to keep people safe.

“The plaintiffs believe that they are the health experts. They know that they should be in a red tier instead of a purple tier.  That's exactly the kind of question that's committed to scientists, to medical doctors, to public health professionals; not to business owners,” argued Eisenberg.

The judge said he expects to issue a ruling on the TRO by Monday at noon.

After that, the case would move into another stage where attorneys might make similar arguments over a preliminary injunction.