Newsom: 56% of CA population will be infected with coronavirus

In his letter, Newsom wrote that deploying the Mercy, which is based in San Diego, would help ease the demand on the Southland health-care system. 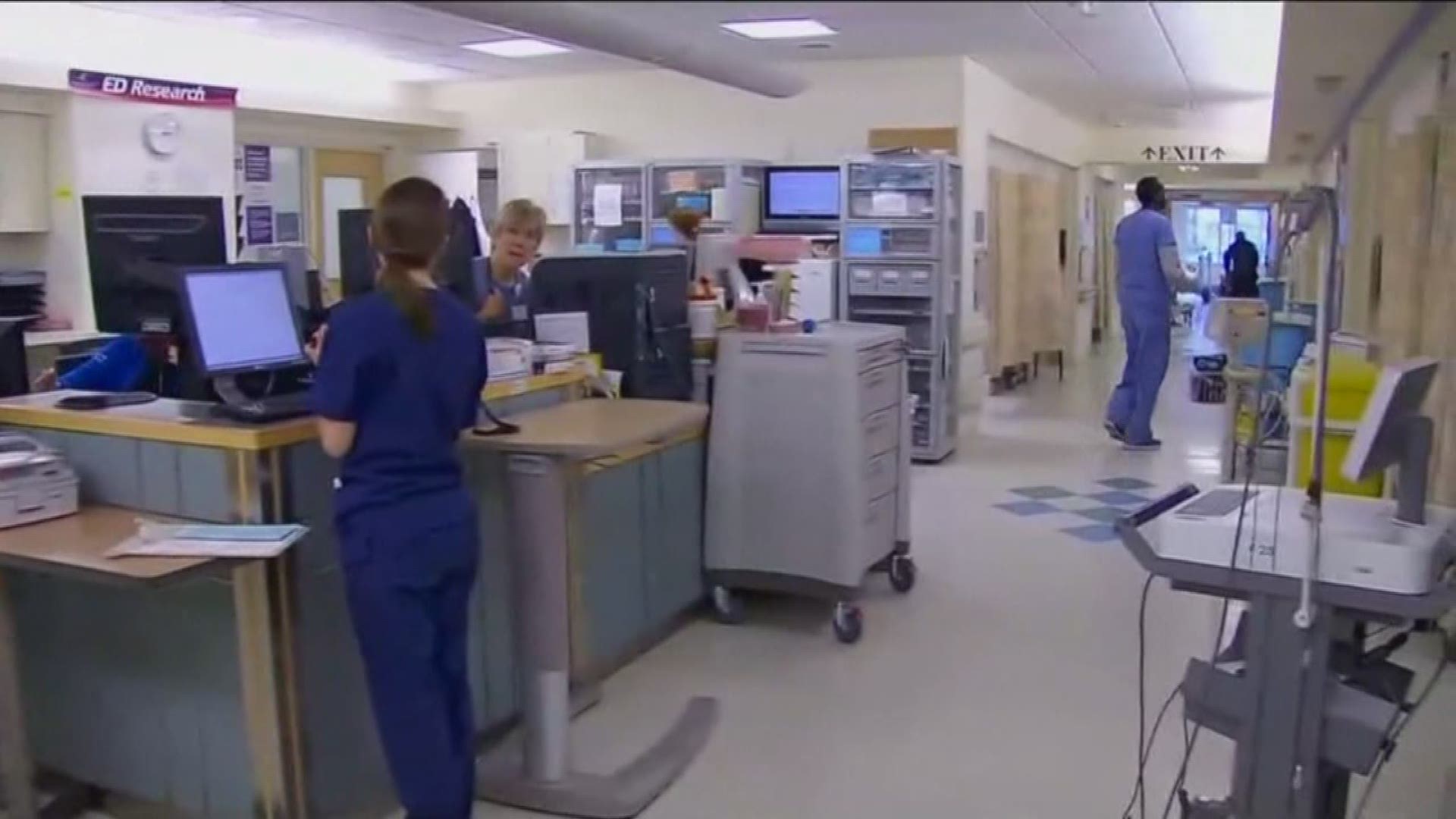 LOS ANGELES — Projecting that 25.5 million Californians will be infected with the coronavirus within two months, Gov. Gavin Newsom said today he sent a letter to President Donald Trump asking that the U.S. Navy hospital ship Mercy be deployed to the Port of Los Angeles.

In his letter, Newsom wrote that deploying the Mercy, which is based in San Diego, would help ease the demand on the Southland health-care system. He called for the "immediate deployment" of the ship and asked that it remain at the Port of Los Angeles through Sept. 1.

RELATED: List of places students can get meals while school is canceled in San Diego County

"As you know, California has been disproportionately impacted by repatriation efforts over the last few months," Newsom wrote. "Our state and health care delivery system are significantly impacted by the rapid increase in COVID-19 cases. In the last 24 hours, we had 126 new COVID-19 cases, a 21 percent increase. In some parts of our state, our case rate is doubling every four days. Moreover, we have community acquired transmission in 23 counties with an increase of 44 community acquired infections in 24 hours. We project that roughly 56 percent of our population -- 25.5 million people -- will be infected with the virus over an eight-week period."

Newsom said having the hospital ship in the Los Angeles area will ensure the health care system can respond to the coronavirus crisis, while also being able to respond to other needs, such as heart attacks and injuries suffered in traffic crashes.

In a news conference Wednesday, Trump announced that a Navy hospital ship would be deployed to the West Coast and another would be stationed off the coast of New York City.

"The population density in the Los Angeles region is similar to New York City, (which) will be disproportionately impacted by the number of COVID- 19 cases," Newsom wrote.

Eugene Seroka, executive director of the Port of Los Angeles, said the port's administrators "will work with local and state agencies as well as the federal government to assist in addressing this public health crisis."