Nurses say it’s not just about having more beds, it’s about having the nursing staff to take care of all of the extra patients. 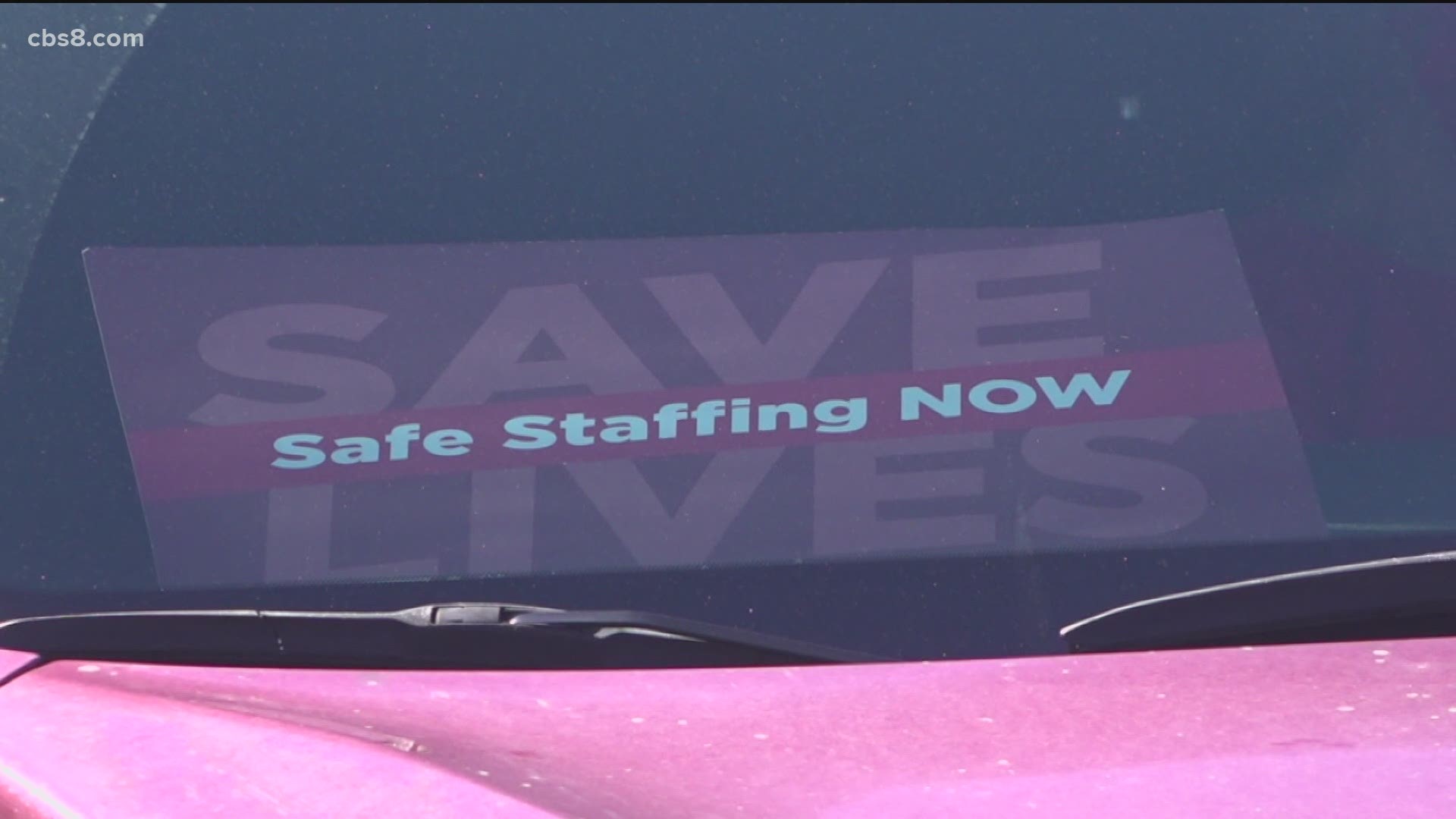 ESCONDIDO, Calif. — Nurses are pushing back against Palomar Health for proposing a waiver that’ll allow the hospital to add more patients to what they say is an already, heavy workload.

Dozens of nurses got in their cars, remaining socially distant and drove in protest to Palomar Health’s headquarters today. They are pushing back against the hospital for proposing a waiver that will allow the hospital to add more patients to what they say is an already, heavy workload.

Some people question why more space isn’t created for ICU beds in hospitals. Nurses say, it’s not just about having more beds, it’s about having the nursing staff to take care of all of the extra patients.

They’re already exhausted and now they’re fed up. Nurses say Palomar Health wants to add more patients to their schedules and the mere thought of that is just too much.

“On any given day, in the emergency room patients could be lined up in the hallway, waiting in the ambulance or waiting with their paramedic to get attention,” said Sue Phillips, a CA Nurses Association Representative.

Palomar Health released a statement saying in part, the waiver that allows them to increase the nurse to patient ratio is approved by the State and other hospitals are already using it. The CA Nurses Association says the move is premature, leaving patients and nurses at risk.

“My fear is that a nurse is going to risk herself, to go in a help a patient because she now has more patients than she could possibly care for,” Phillips said.

The CA Nurses Association says Palomar laid off 75 nurses just as the pandemic began in the Spring, then hired 36 of them back. They say about 40 registered nurses are still without a job.

RELATED: Palomar Health to lay off 317 employees due to decline in patient visits

“Ironically now, a lot of those nurses could’ve been utilized for sure. They could’ve been cross-trained or offered different things to stay on board, you know, but this is where we’re at,” said Susan Adams, a Palomar Medical Center Nurse.

The CA National Guard says they’ve sent one nurse and four medical technicians to help out at Palomar Medical Center.

Palomar Health says it will continue to prioritize patient safety but it has not said if or when the waiver will be used. 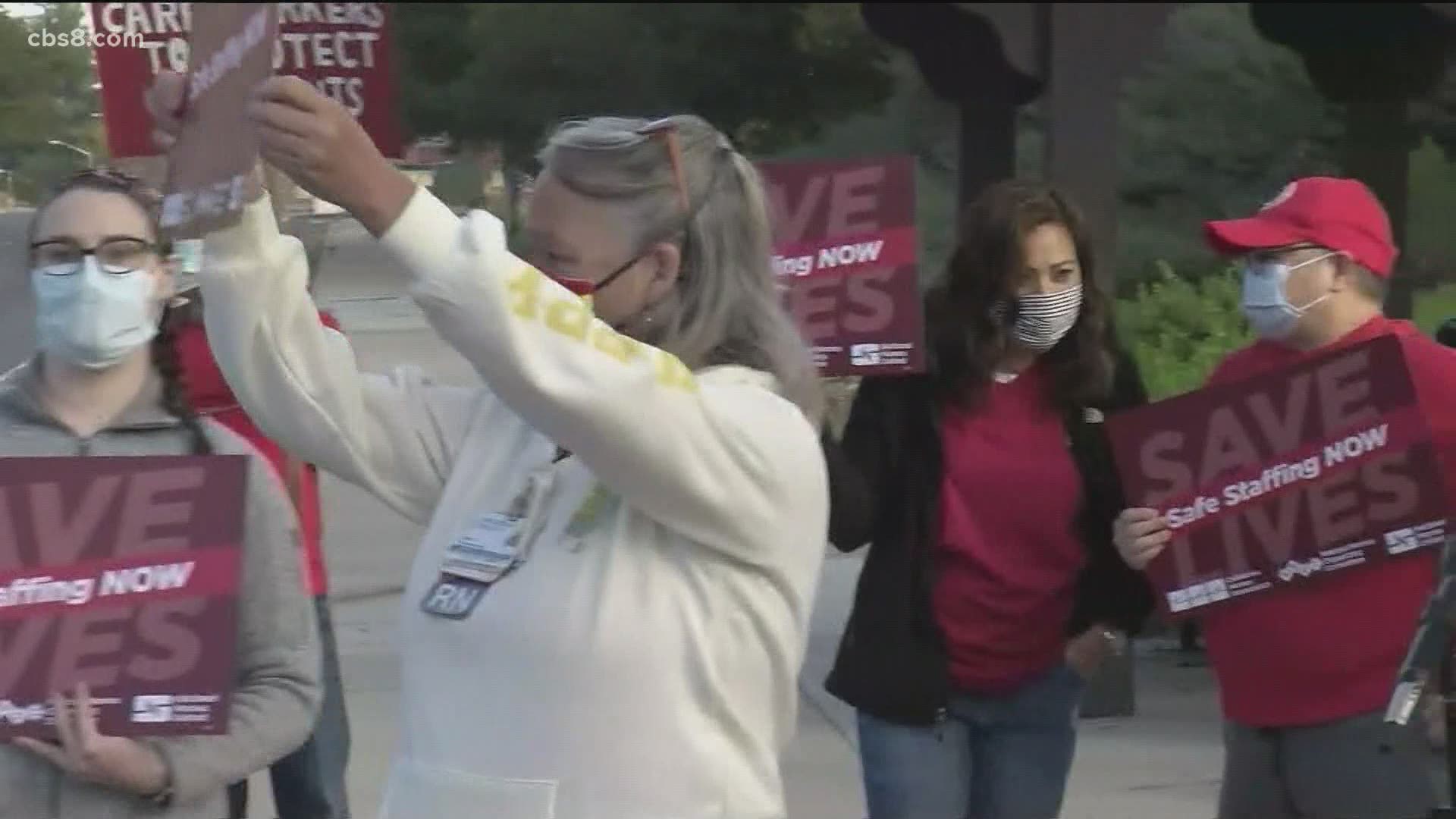