The owner said mixed messages from the City of Oceanside are confusing. 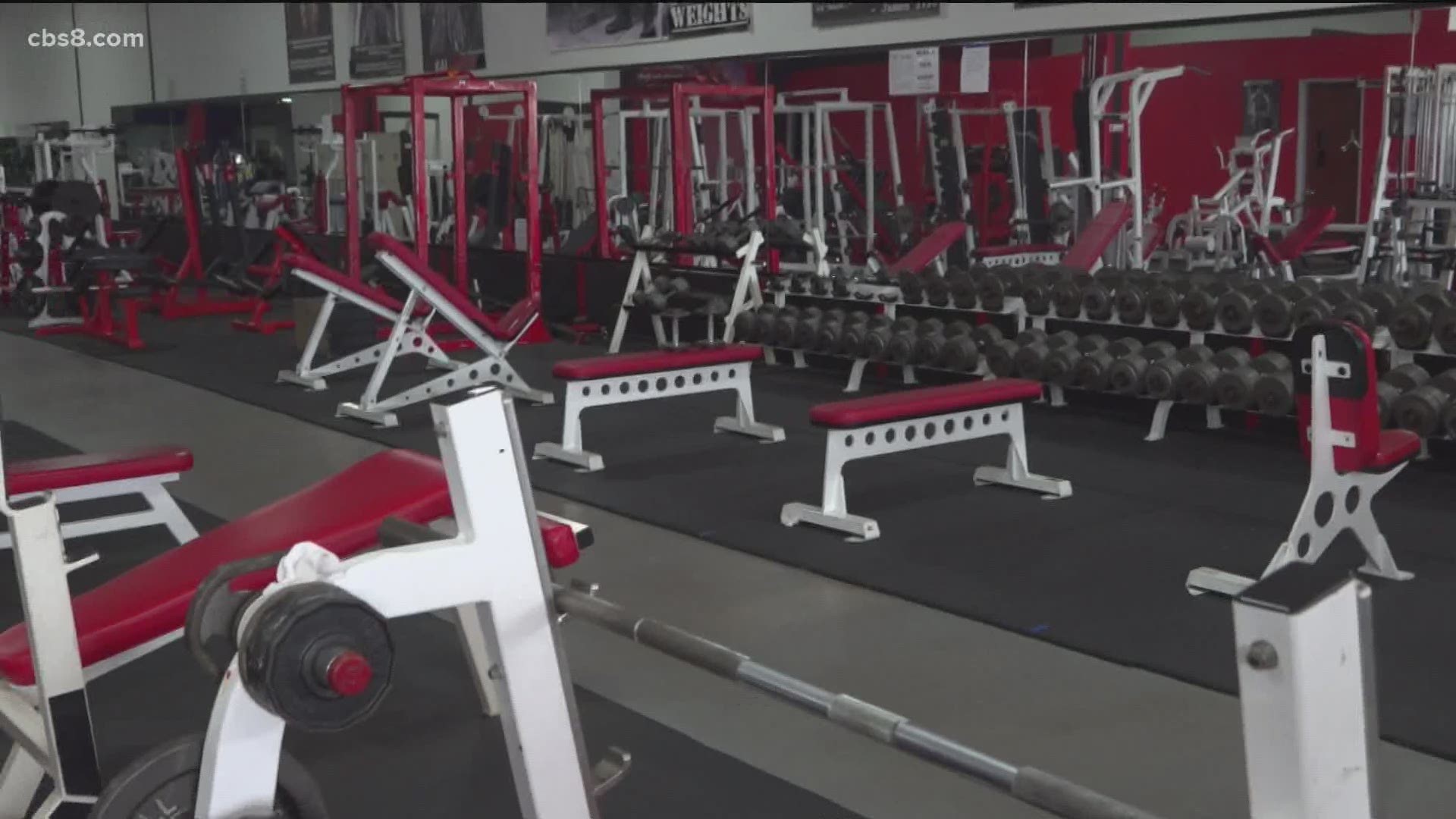 OCEANSIDE, Calif. — The owner of a gym in North County San Diego decided not to reopen Monday morning after being cited by Oceanside police on Sunday for refusing to close after reopening Friday, according to the Oceanside Police Department.

Lou Uridel, the owner of Metroflex Gym on North Home Street, told News 8 he reopened Friday and had clients practicing social distancing. He claimed that police told him that day it was fine but today showed up and told him to close.

"They checked us out [Friday] and said as long as we stay in CDC and county health regulations for a business staying open, we can stay open," said Uridel.

He said he did get a call from police Friday night telling him to close, but he reopened anyway.

However, Oceanside Mayor Peter Weiss issued a letter of his own on Saturday, writing that the city must follow the county health orders.

Under that health order, businesses like Uridel's must remain closed.

"It's pretty confusing," said Uridel. "The worst part about it is they are threatening to arrest our members for working out."

He said they've implemented a number of safety protocols at his gym including sanitizer and only allowing members to work out for one hour.

He said if he does decide to reopen this week, he will warn his customers they too could be cited for working out there.

A spokesperson for Oceanside police said he's unaware of anyone from the department telling Uridel he could remain open. He said police will continue to cite anyone who doesn't comply with the county health orders.