The area's seniors and homeless received pozole or chile marinade on Saturday. 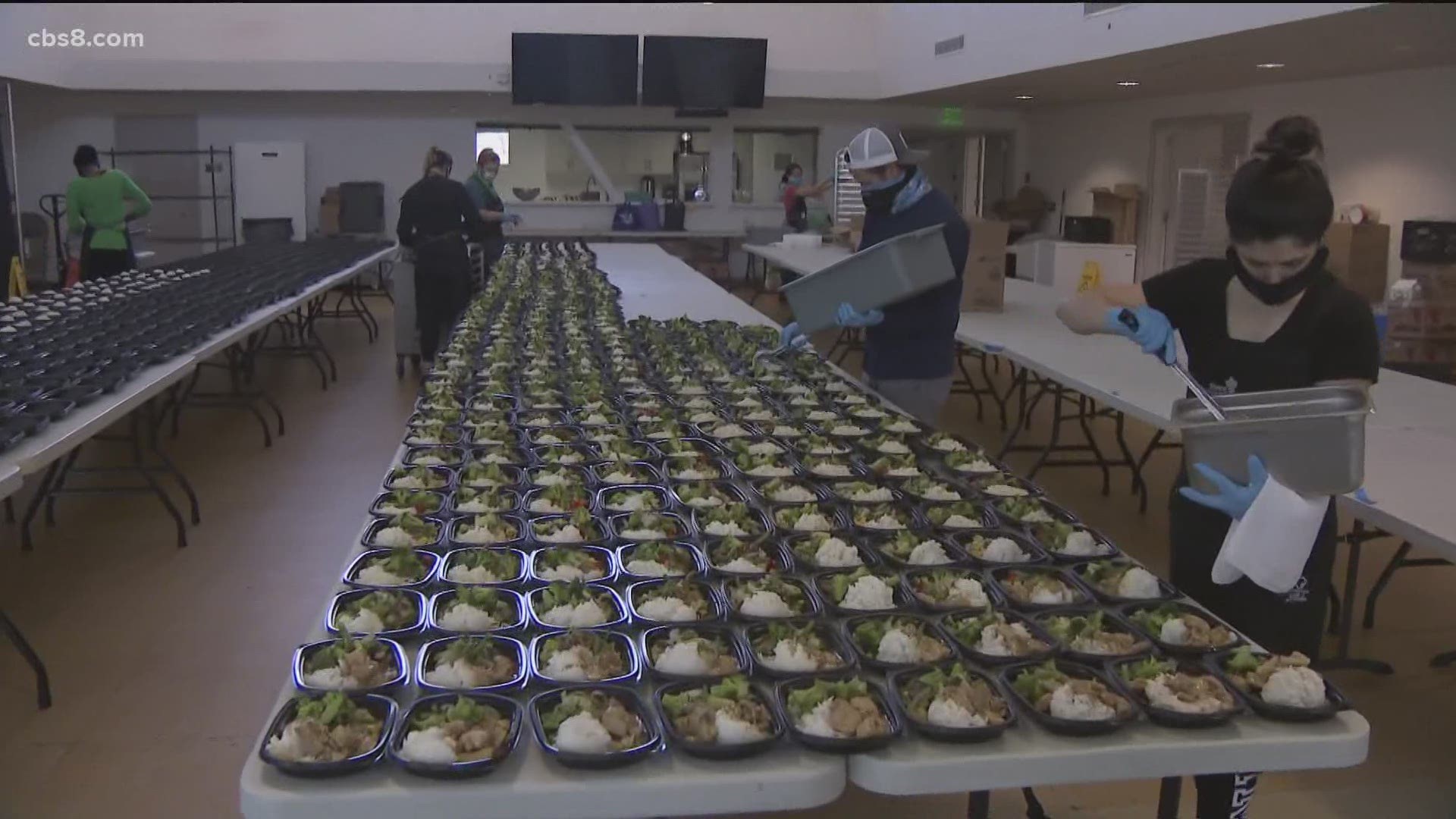 OCEANSIDE, Calif. — Oceanside Collective is all about zero waste hot meals for those who need it most.

On Saturday, the group gathered to give food to the most vulnerable population in Oceanside. They included seniors, and the homeless. Vikki Ceballos said it is just another way to give back during the crisis. “Answer the call, if there is a need. Let’s do it. Handle it and we can all sit around a table and laugh and celebrate it later,” said Ceballos.

However, filling up hundreds of containers full of pozole doesn’t happen by itself. It took the chefs, volunteers, and a whole lot of ingredients. Organizers said the food was from Oceanside Collective and also from Cysco Foods who donated it before it goes bad.

Vallie Gilley of the Oceanside Kitchen Collaborative said, “By using literally everything that comes to them, they can feed Oceanside nutritious meals by the thousands.” She added, “We don’t just throw those carrot tops into compost, we usually try to turn them into a stock first with other veggies so we can feed more people.”

On Saturday, the not only fed hot meals, but they also handed out frozen meals of Chile marinade.