Some parents say it's time for San Diego Unified Schools to reopen no matter what tier the county is in. 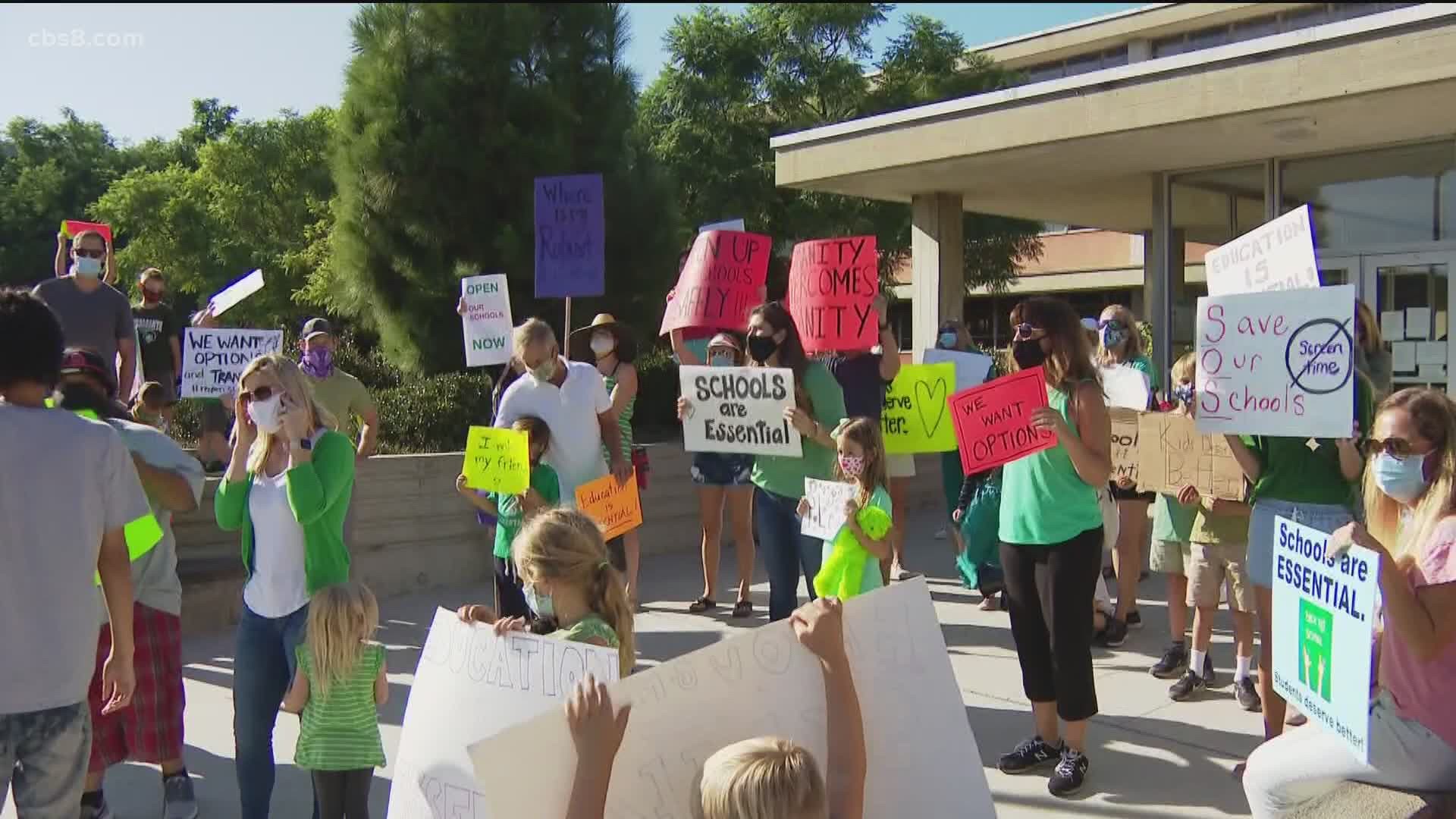 SAN DIEGO — A group of parents protested to reopen schools ahead of the San Diego Unified School board meeting Tuesday. They say they want their kids back in classrooms now, but the school board says it has a plan to phase in reopening that won't start until October.

SDUSD, the state's second-largest school system has been fielding growing criticism from parents over reopening plans.

With signs in their hands, parents and small children chanted “enough is enough with distance learning,” Tuesday afternoon.

“We want San Diego Unified School District to offer some options to open in-person, not just for my two children, but for all the thousands of children in San Diego,” said parent Amy Adams. 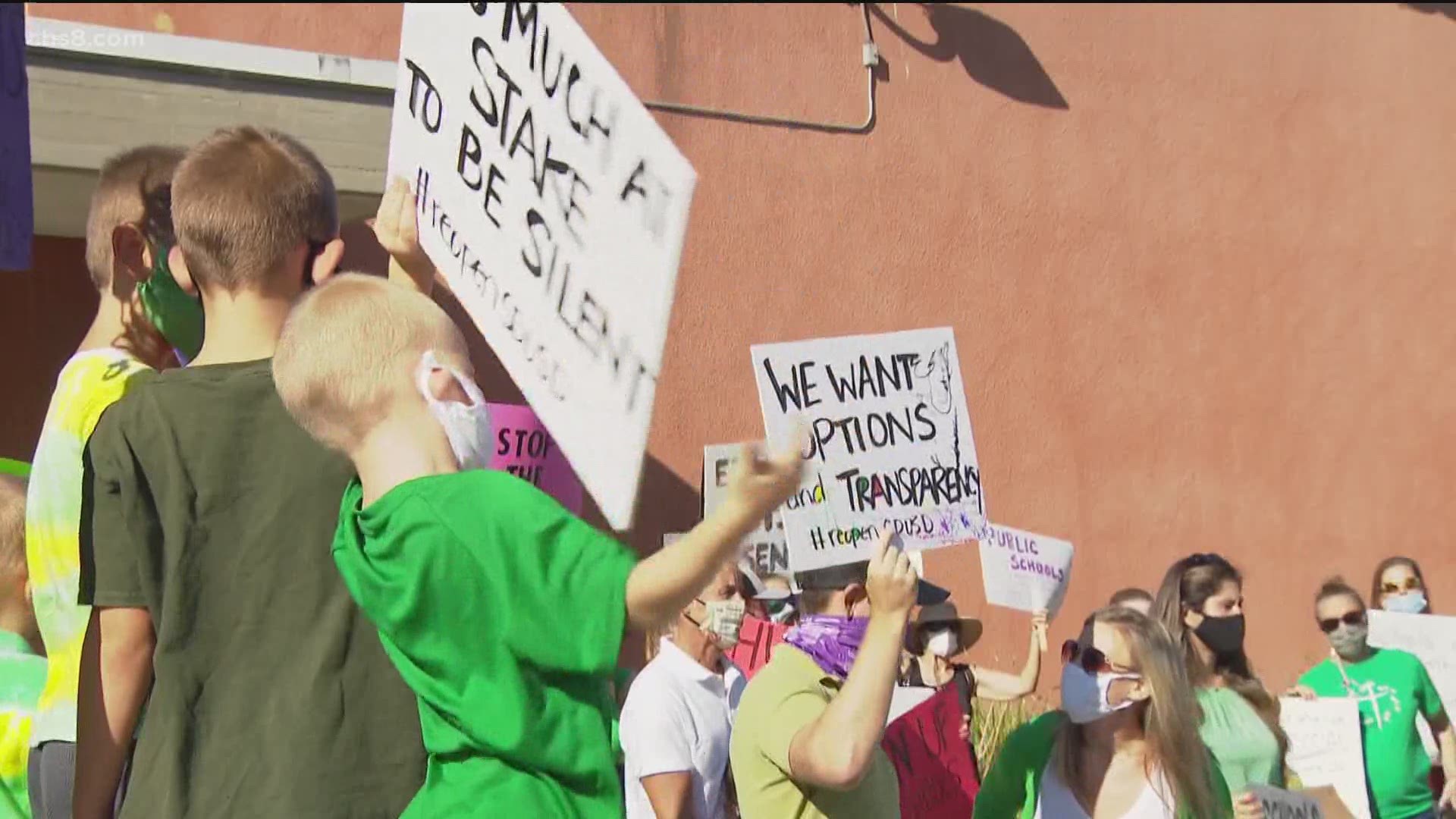 Board members at Tuesday's meeting said they simply don't have dates. They also said they need to make COVID-19 testing and tracing available to all students and staff.

The rally came after other school districts like Alpine Union went back inside classrooms.

“It was as seamless as an opening could be. All the planning and staff did well. All the work paid off. And most importantly our students were thrilled to be back. They missed school like never before,” said Dr. Rich Newman, Superintendent of Alpine Union School District.

Alpine Union has 85% of students coming back for face to face to learning for its pre-school through 8th-grade education.

"Students are learning in and outside as well. We call it living classrooms,” Newman said.

There was much concern that San Diego County was going to move down to the state’s restrictive purple tier this week and impact education, but that wasn't the case.

"We certainly see a county that is hovering around that threshold of red and purple," said Dr. Mark Ghaly, Secretary of the California Health and Human Services.

But parents argue, if other districts can reopen, so can SDUSD. So why hasn't San Diego's largest school district reopened?

"It's not safe to do it. If students and adults go out into the community and contract the virus and then bring it back to campus, then people are going to get sick,” Barrera said.

But starting next month, kids can come back to school in phases. About 12,000 elementary school students will be able to go back inside classrooms for limited sessions including homeless students and those with special needs.

But parents protesting said they want schools reopened now and even started a petition that had gained over 1,200 signatures as of Tuesday night.

"We’ve seen the effects slowly over time start to effect the children," said parent Teague Vinci. “It’s extremely important that we have options for kids to go back to school.”

But there are others with another viewpoint. The San Diego Education Association polled 400 district parents with 59% saying the district is moving at the right speed.

Barrera said the district is working on getting enough personal protective equipment and continues to follow science guidance.

“We're going to move about this in a careful deliberate way, but we also think that is the fastest way to get our kids back on campus,” Barrera said.