On Friday morning, Steele Canyon students and parents started a protest on the street. There were about 100 parents and students collectively. 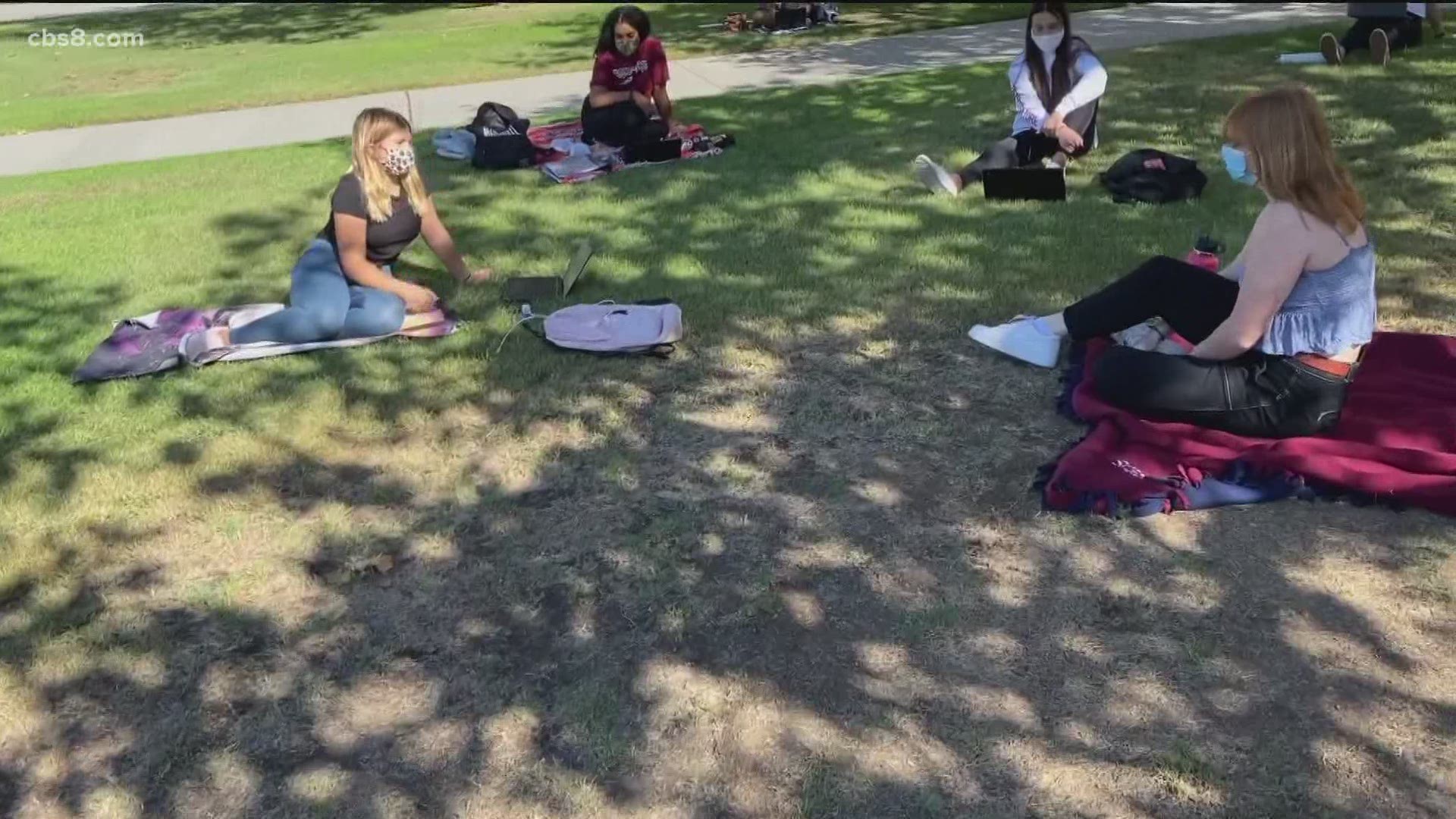 SAN DIEGO COUNTY, Calif. — It's been an ongoing debate during the coronavirus pandemic. Should students return to in-person learning? That's what students and parents at Steele Canyon High School said they want.

Parents and students told News 8 at the very least what they want is a plan. Many other schools within the Grossmont Union High School District are back for at least one day a week or have a plan in place to do so. The parents said they've heard very little from the school.

On Friday morning, Steele Canyon students and parents started a protest on the street. There were about 100 parents and students collectively. They stood outside of the school and then when the student's classes began, they moved onto the campus.

Parents and students said they don't deny the risk of going back to class, but said they don't understand how a restaurant can be open indoors but their classrooms cannot.

"If we can have 100 people indoors why can't we have a dozen kids in a classroom or 18 kids on a ball field? It just doesn't make sense," said Troy Mack, Steele Canyon High School Parent.

Many of the students moved to the front lawn of Steele Canyon High School for what they're calling a 'sit in zoom,' meaning they're zooming into their classes virtually from the front lawn of the high school to prove the point that it is possible. Mack, one of the parents who organized the protest, shared that video with News 8.

Many of the students said they just want to see their friends again and today was a way to do distance learning together. With so many schools within the Grossmont Union School District back in session, at least partially, the students want to know why they're not.

"We're one of the schools that hasn't gone back, we don't even know if we'll go back in January," Mack said.

Steele Canyon High School is a charter school, they are under the Grossmont Union High School District. News 8 contacted the district and they said they didn't make the decision to keep the students from going back into the classroom, that's up to their independent governing body to make that decision.

News 8 reached out to Steele Canyon's governing board and they said they will reassess their plan in late November as to bringing students back possibly in January.