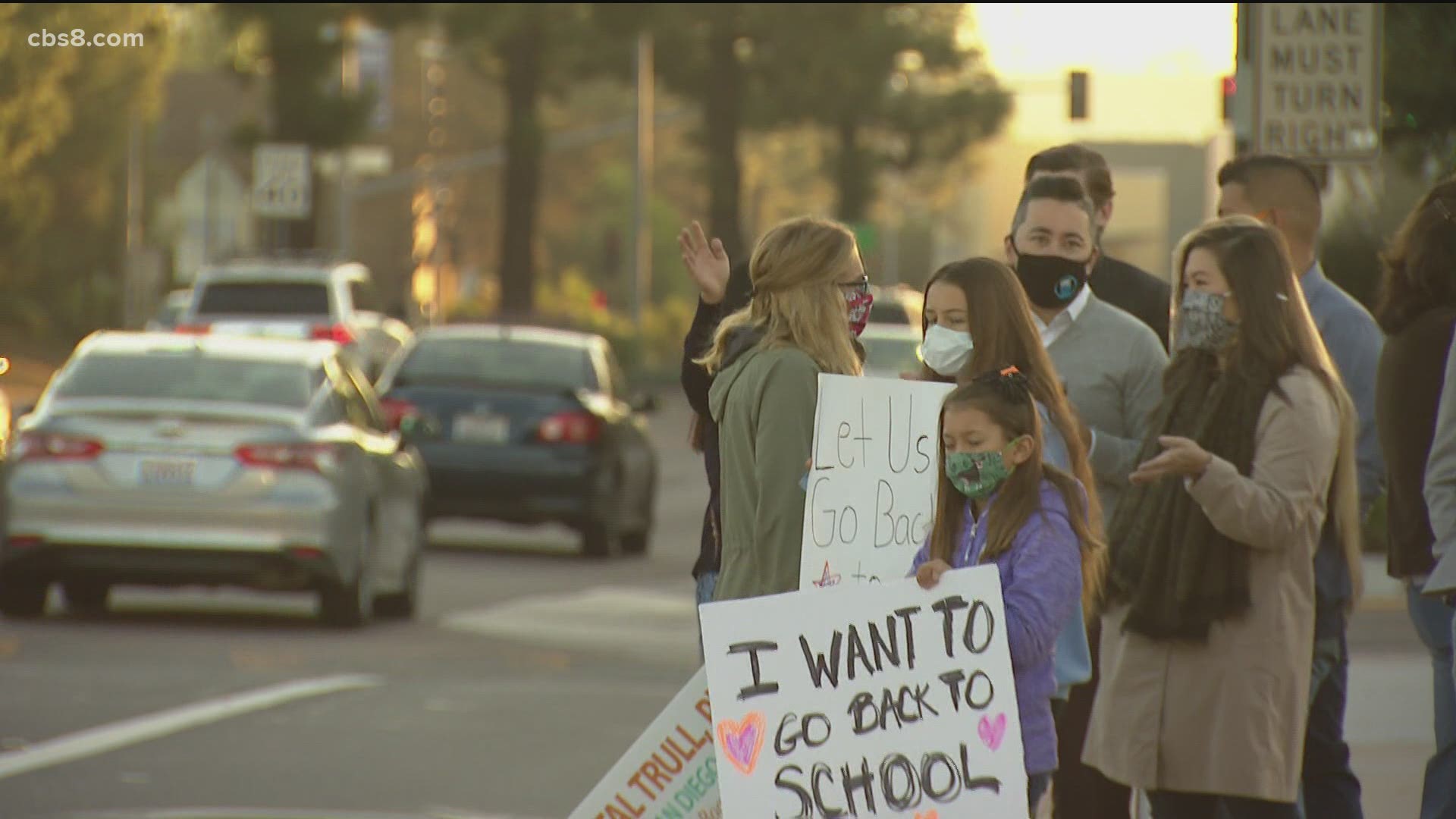 SAN DIEGO COUNTY, Calif. — There’s no shortage of opinions from parents, students, and even district staff about reopening schools. But on Thursday morning, parents in favor of an expedited re-opening plan met in front of Mira Mesa High School. They are asking San Diego Unified for specific dates for all students to head back into the classroom and want them to come sooner than the district is willing to say.

One parent told News 8, “Who’s more essential than a child,” with a student adding, “I don’t get to play with my friends! I’m alone at home.”

The parents met at about 7 o’clock Thursday morning alongside San Diego City Councilmember Chris Cate. They say they’ve seen strong and successful reopening plans from surrounding districts and don’t understand why it can’t be replicated in San Diego Unified. There were about a dozen people who gathered on the corner of Mira Mesa and Maruader Way.

Last week, San Diego Unified announced a re-opening plan for their more than 100,000 students that involved a four-phased system. The district says they created this plan alongside leading experts at UCSD and with guidance from the state public health department. It’s also important to mention that the San Diego Education Association did hold a poll that concluded a majority of parents support the speed the district is moving at or even think it’s moving too fast – only 17 percent believe they’re moving too slow.

The parents mainly gathered to express their frustration over seeing restaurants, businesses, and other districts opening quicker while their students stay home. District leaders still say they’re following advice from leading health experts that say their phased plan it’s what’s best to stop or at least slow the spread of coronavirus.