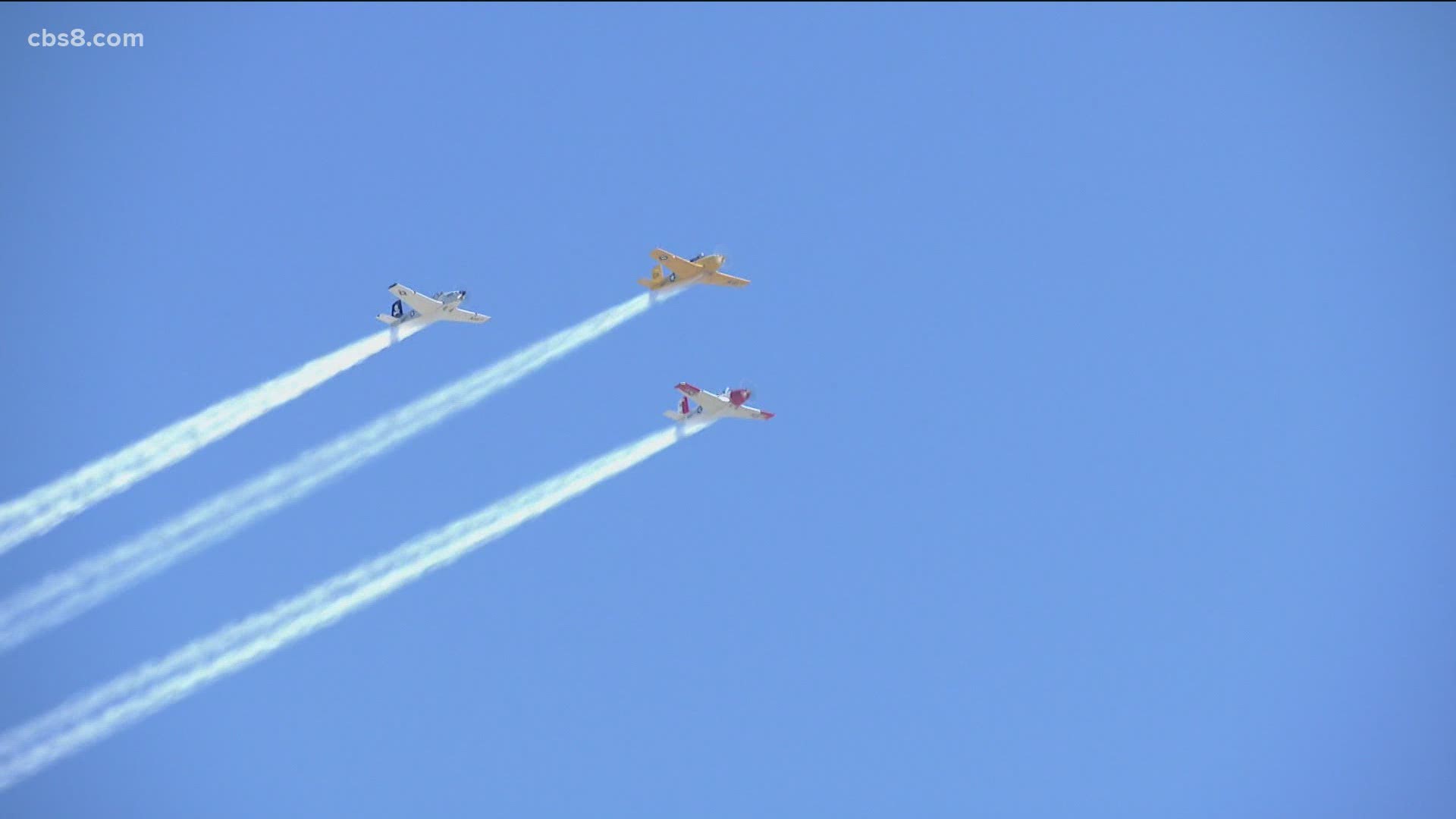 SAN DIEGO COUNTY, Calif. — Pilots in more than two dozen planes flew in formation over hospitals across the San Diego area on Friday to salute health care professionals working the front lines of the battle against the coronavirus pandemic.

The contingent of aviators, including members of a well-known local flight-performance team, executed fly-overs in various groupings above 12 hospitals in the county Friday morning, towing banners, writing sky messages with smoke and performing stunts.

"Medical workers and patients will be able to see the aerial tributes from the grounds and windows of the care centers," said Phil Kendro, a retired U.S. Marine and pilot with United Airlines whose wife, Jill, is a radiology nurse at Sharp Memorial Hospital.

RELATED: Support for healthcare workers in downtown San Diego amid the coronavirus

"If we can get them a little excited and give them a boost of positive energy, that's always good," the 47-year-old Rancho Bernardo resident told City News Service.

Kendro said the event was the brainchild of private pilot and Scripps Green nurse Doreen Freedman, who was inspired by a similar recent aerial display for health care workers and hospital patients grappling with COVID-19 in the Kansas City area.

Last week, Freedman suggested to her local flying friends that they put together the same sort of airborne tribute, and planning for the project quickly took off, according to Kendro.

"Everybody's very excited about this," he said.

Most of the participants, whose numbers include noted air-race competitor Anthony Oshinuga, took off from Gillespie Field in El Cajon and Montgomery Field in Serra Mesa, Kendro said. One flew in from French Valley, and another from Borrego Springs.

Not all of the pilots were able to pass over each of the selected health care facilities due to a notification from FAA of flight restrictions in the area.