An email was sent to all staff early Tuesday from the district to announce it will recommend to temporarily suspend on-campus learning. 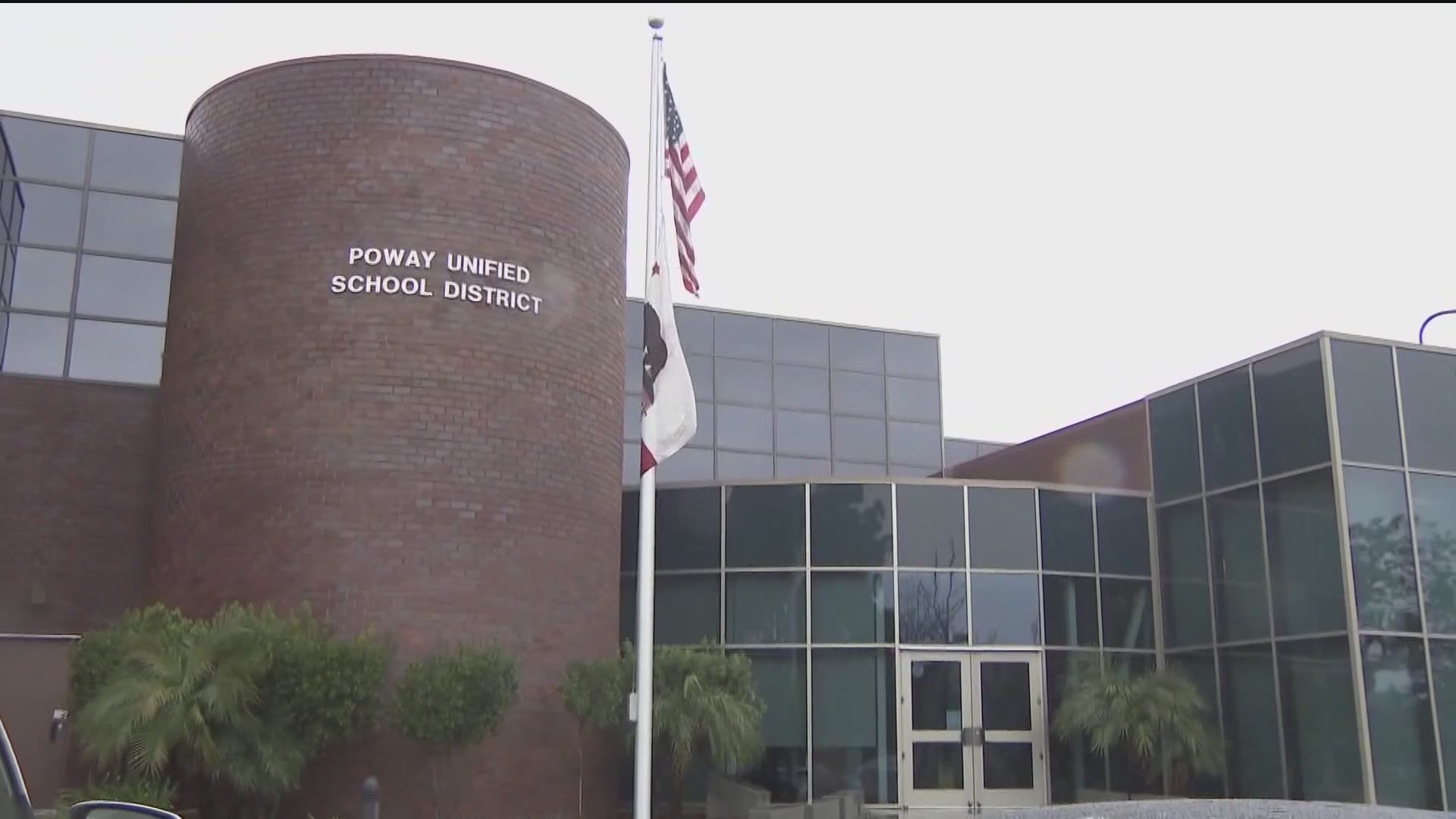 POWAY, Calif. — Parents in the Poway Unified School District were told to prepare for a return to virtual learning following the winter break.

An email was sent to all staff early Tuesday from the district to announce it will recommend to temporarily suspend on-campus learning for all schools for a two-week period following winter break from January 4 through 15.

"Based on the experience we had with Thanksgiving, we're in an uptick," said Michelle O'Connor Ratliff, Poway Unified School District Board president.

During that time, students will learn from home virtually with their existing teachers.

A letter was sent to parents Tuesday saying, “The decision to suspend on-campus learning temporarily is to help minimize the spread of any illnesses and reduce the impact of quarantining due to positive cases within our shared PUSD community.”

"It was a tough email to read. I'll be honest, it's not ideal," said Kate Crachy, a Poway mother.

Crachy is also a private school teacher and said she will have to bring her kids to her campus to learn virtually.

"If two weeks online means we get the rest of the semester, it's a smaller price to pay than what the alternative may be, which is the whole semester," said Crachy.

The letter also indicated a need to “reset.”

“We also believe this two-week 'reset' will give us the best opportunity to keep our schools open in the new year, avoiding disruptive and repeated quarantines," the letter reads in part. "But we need your help!  The safe operation of our schools cannot continue without our staff and families’ cooperation.”

The Poway Unified School District's COVID-19 dashboard shows following Thanksgiving, in the first two weeks of December, there were 42 reported positive coronavirus cases. That's significant since there were 35 in all of November and fewer in previous months. The district said students are missing class and similar to neighboring districts, there is a substitute shortage.

"Staffing apparently as well has been starting to become an issue and we would hate for that to get worse and is be short handed for the kids," said O'Connor Ratliff.

The decision is pending board approval at its upcoming meeting this Thursday.