According to ICE more than 150 detainee have been infected with the novel coronavirus at the center in South County San Diego. At least one asylum-seeker has died. 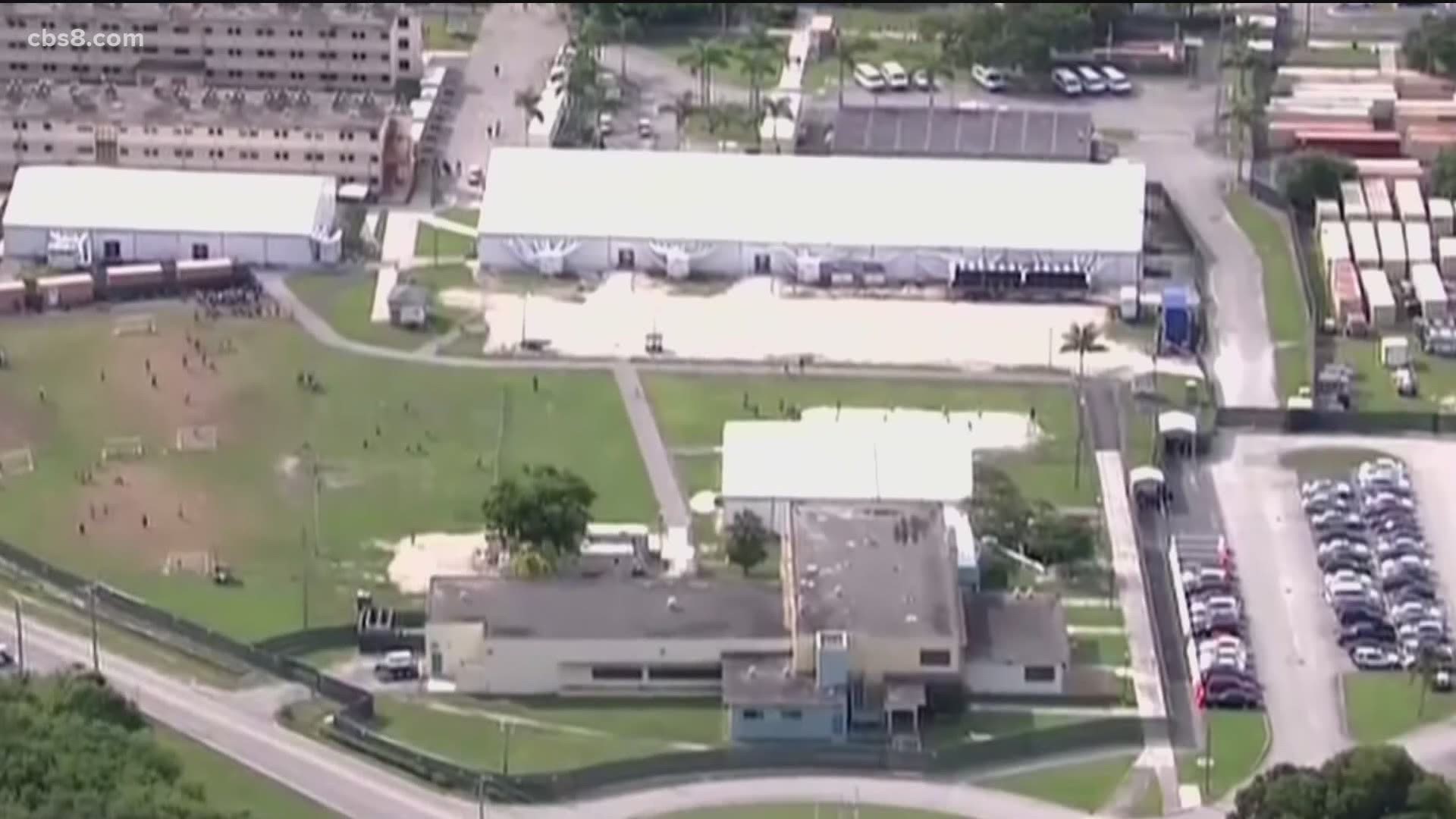 SAN DIEGO COUNTY, Calif. — Protesters held a drive-by rally outside the Otay Mesa Detention Center on Sunday demanding detainees be released amid a COVID-19 outbreak at the facility. According to the U.S. Immigration and Customs Enforcement’s website, more than 150 detainees have been infected with the novel coronavirus at the center. At least one asylum-seeker has died.

"The protest was to call attention to how these individuals being detained at these sorts of places should be released," said Pedro Rios, director of the American Friends Service Committee. "Otherwise we're facing more people who are risking not only getting sick but possibly also losing their lives."

Organizers of the rally said they advised protesters to stay in their cars and wear facial covers or masks during the rally and to stay on a pre-planned route. They also asked those attending to leave children at home and warned that they did not have a bail fund for anyone arrested or cited.

Earlier this month, a 57-year-old detainee from El Salvador died from coronavirus after being held at the Otay Mesa Detention Center. Carlos Ernesto Escobar had been hospitalized since late April, according to county health officials. According to a representative for his family, Escobar was diabetic and was placed on a ventilator after contracting the virus in detention.

"Unfortunately this scenario is not going to go away. More people are getting sick and we need to do everything to make sure people are safe and away from any possible danger," said Rios.

The ACLU San Diego Chapter has argued that overcrowded conditions at Otay Mesa Detention Center have made social distancing an impossibility and puts detainees at serious risk of contracting the virus. The nonprofit and other organizations filed two lawsuits seeking a vast reduction in the inmate population of both ICE and U.S. Marshals' detainees.

According to the local ACLU, the outbreak of novel coronavirus cases at the facility was not only among detainees but had affected ICE agents, healthcare workers, and staff of CoreCivic – the private company that runs the detention facility.

Detainees at Otay Mesa have reported being denied masks unless they sign a waiver that prevents them from holding private prison operator CoreCivic responsible if they catch the virus. A CoreCivic spokeswoman denied that masks have been withheld, but said the original form requiring a signature was withdrawn.

"ICE fully respects the rights of all people to voice their opinion without interference.

One of U.S. Immigration and Customs Enforcement's (ICE) highest priorities is the health and safety of those in our custody. Since the outbreak of COVID-19, we have been taking important steps to safeguard all detainees, staff and contractors, including: reducing the number of detainees in custody by placing individuals on alternatives to detention programs, suspending social visitation, incorporating social distancing practices with staggered meals and recreation times, and through the use of cohorting and isolation of new admissions into the detention network for 14 days before placing them into general population. Detainees are being monitored and tested for COVID-19 in line with CDC guidance, and in conjunction with the recommendations of state and local health partners."