Ready to Reopen: News 8 sits down with Dr. Eric McDonald

News 8 anchor Jesse Pagan talks one-on-one with San Diego County's Chief Medical Officer, on what life was like during the pandemic. 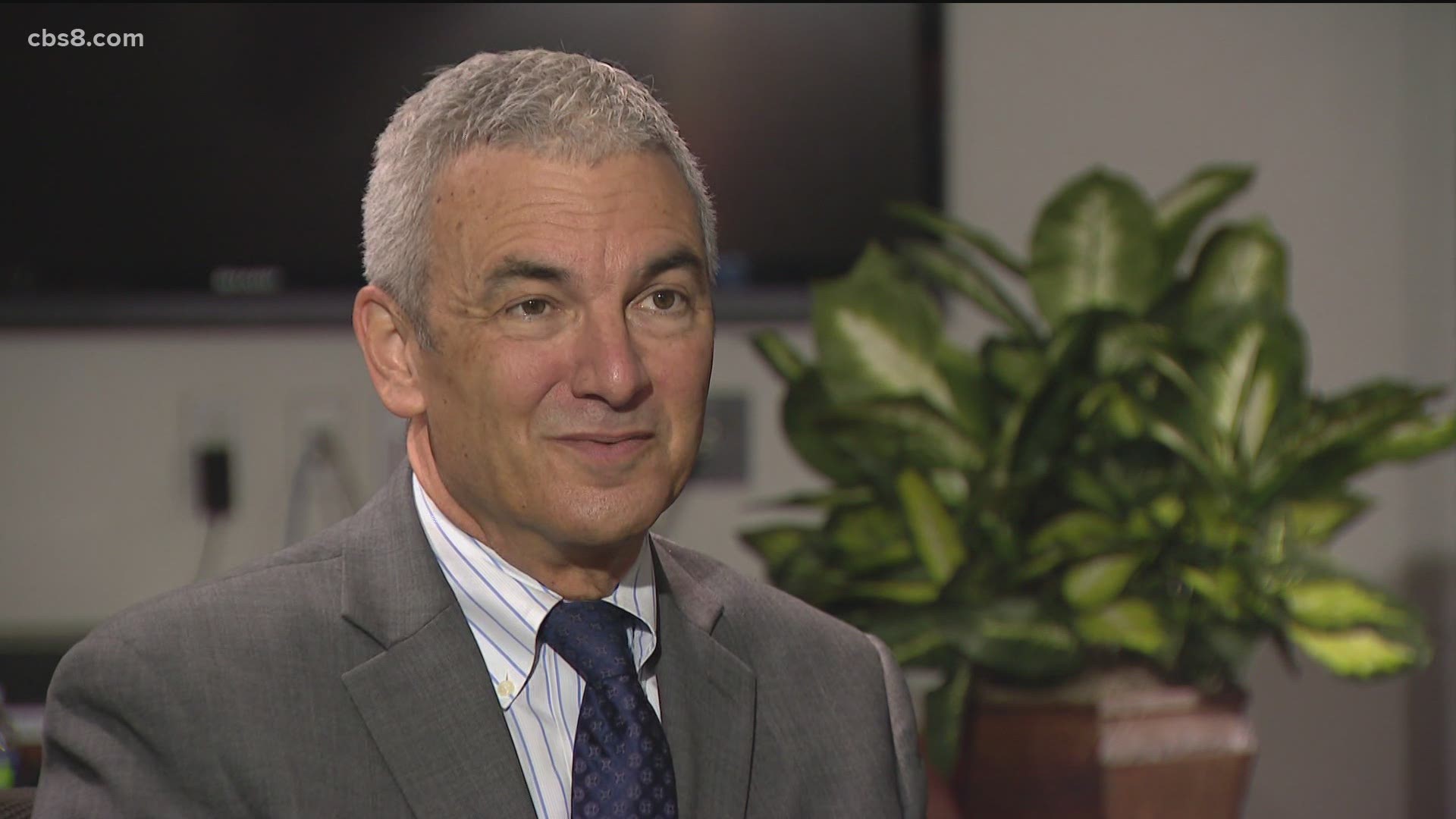 SAN DIEGO — Tuesday, California will lift all COVID-19 restrictions, bringing life for many back to "normal."

Decisions like that have been made by people on the national, state, and local level throughout the pandemic.

San Diego County's Chief Medical Officer, Dr. Eric McDonald, helped inform decision-makers throughout the past year and a half. As the Medical Director for the Epidemiology and Immunization Services Branch of the County during the pandemic, he served as the Communicable Disease Controller, in charge of knowing all there was to know about COVID-19, and helping advise the moves the county ultimately made.

News 8 Anchor Jesse Pagan sat down, one-on-one, with Dr. McDonald, to find out what life has been like for the doctor, and the man behind the title, during the pandemic.

Jesse Pagan: Dr. Eric McDonald, how are you?

Dr. Eric McDonald: I'm doing quite well. This has been an interesting time. I was actually going to retire in March, and then I had another opportunity to stay here and... someone's laughing in the background! I really was going to retire!

Pagan: When conversation and murmur started to happen (surrounding the spread of COVID-19), what was going through your mind?

McDonald: At the time, I thought, "oh this is like other things, early murmurs of something," whether it was the MERS-CoV from the Middle East, or Zika, or Ebola... Mid-January, I was thinking the same sort of things. This is something we're watching, maybe we'll have a case in this country, and then, of course, things started to snowball from there.

Pagan: When you were in the room in those conversations, what part did you play in them?

McDonald: My role was sort of following what was going on in the various areas and what we knew about the disease at various times... I was to try to give the best medical input to what was a larger decision... I had been in the Navy for 24 years and spent nine years with the Marines. Many times, when I was with my Marine Corp colleagues, I'd be the only doctor in the room, advocating and talking about a medical perspective that then was being balanced against all the other operational perspectives of what the final decision would need to be.

In the conversation, McDonald told Pagan of his grandmother, a teenager during the 1918 Flu Pandemic, and the stories she would tell of the impact it left.

McDonald: It killed classmates of her in high school, so everyone had that sort of visceral memory. So, for her, the pandemic was much more impactful growing up in rural Arkansas, than World War I was. Which to me, was sort of like, enlightening, like "wow." The thing that's been motivating me to do a lot of the things I've been doing is to say, "well... I want as few grandparents as possible to have that same communication with their grandkids, saying 'I knew friends and neighbors that died.'"

Pagan: Did any of the anecdotes from your grandmother pop back into your head as you were going through all of this?

McDonald: Oh yes, absolutely! I sort of heard that. I personally thought, "I don't want anybody in my family to be directly affected," and then of course as the pandemic went on, I had an aunt and uncle who were hospitalized, and my brother-in-law's family all came down with COVID-19.

Pagan: How did your life change?

McDonald: Well, just the pure number of hours I was putting in. The only two times in my life I've worked that many hours for that long a period, was when I was in the Navy with the Marines getting ready for the invasion of Iraq and Operation Iraqi Freedom, and then also when I was in medical school as a third-year student... I do have a pandemic puppy! I'm one of the ones that got a dog, which is my first one since I was in college. There's a couple of the small things like that--or big, which way you look at it-- that are different in my family dynamics because of it [the pandemic].

Pagan: I want you to take your doctor hat off for a second. What is Eric looking forward to the most?

McDonald: Well, in the next few weeks it's continuing to train my puppy. He's a retriever, so I want him to do his job which is to retrieve! I'm also looking forward to, sort of, our first real trip on a vacation somewhere--trying to figure out where to go and what to visit.

Pagan: Is San Diego ready to get back to "normal" life?

McDonald: Oh, I think we're more than ready. I think we're ready to move on to the next step, and I think it's like a lot of things, in that we don't want to forget what we've learned, and you know whether it's the medical things we've learned as the medical professional or the personal things we've learned as people living through this. It's corny to say, but this is the finest city in America! This is a great place to be, and it's not just because of the location, it's because of the people here.

WATCH RELATED: Fletcher reflects on pandemic successes and regrets ahead of June 15 reopening