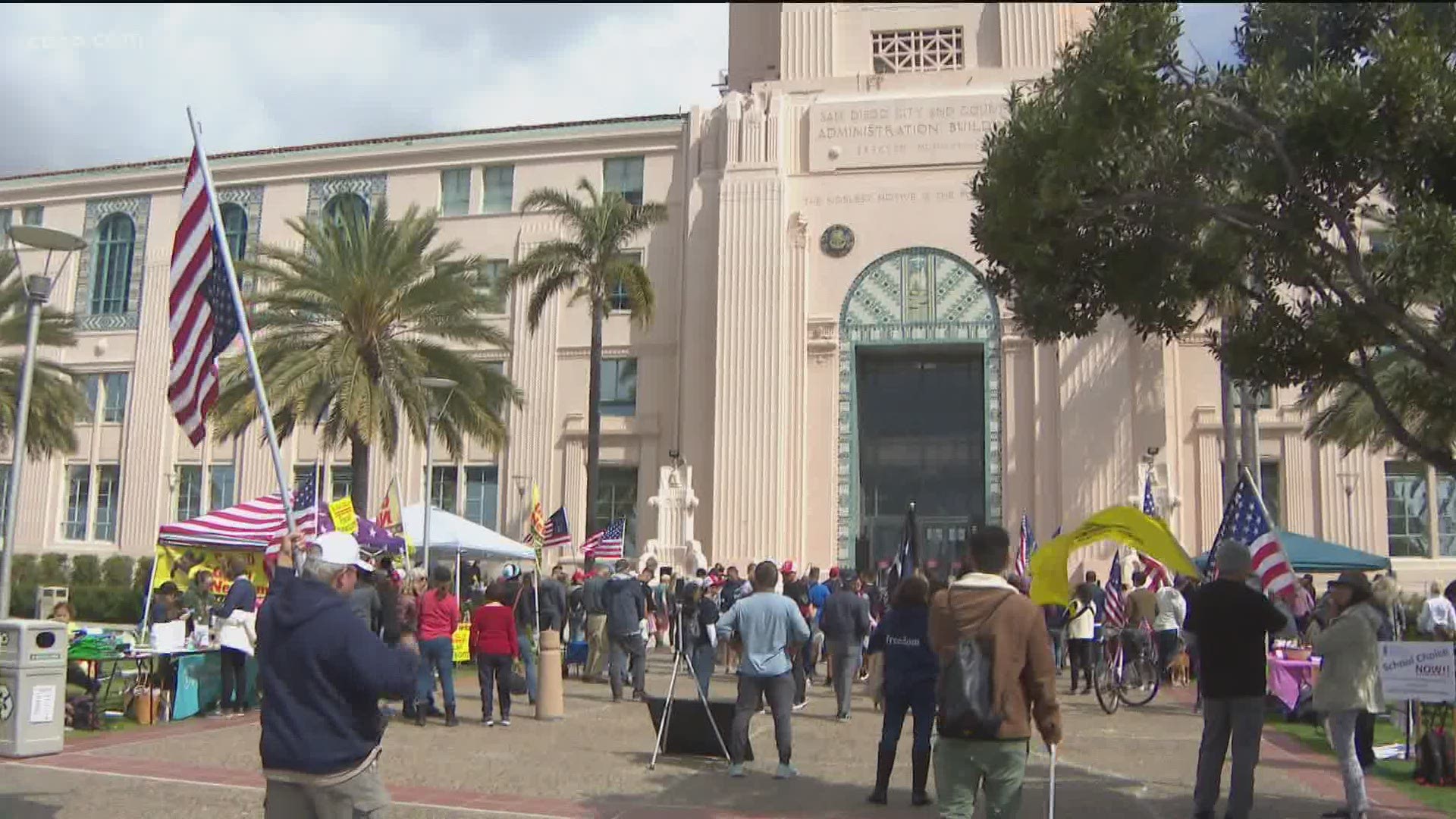 Reichert emceed the rally and called out the yearlong lockdown. "Remember 15 days to stop the spread? Well, today is 365 days later,” Reichert said.

Former San Diego Mayor Kevin Faulconer, who is campaigning for California Governor, said there's no excuse why schools aren't open. "A rising anger from families and parents all across the state who are saying our kids need to be in the classroom,” Faulconer said.

El Cajon Mayor Bill Wells blasted the recent high school Friday night football "no fans in the stands" policy. "They had to line up against the chain-link fence, and they had to put their noses through the fence because somehow that’s safer," Wells said.

Speakers challenged the shutdown saying it's been devastating to small businesses and San Diegans quality of life. "Back then the beaches were closed, did that make any sense to anybody?” said speaker Graham Ledger. Ledger lead a demonstration using several children to hold up numbers to highlight the over 2 million signatures received for the "Recall Newsom" campaign.

Governor Gavin Newsom tweeted Friday that "one year ago we made the tough choice to issue a stay at home order. We know this year hasn't been easy. But hope is here. COVID19 rates are the lowest they have been in months."

"I am very fortunate that last year my business grew by 50%, but I know that was not the case for many people, and I hate to see that and want to support them,” said John Neuhart, owner of DVC Dry Vapor Cleaner.

Neuhart's business makes sanitizing equipment used for hospitals and a weapons cleaning system used for the military and law enforcement that is based in National City. He says he hopes all businesses can soon reopen ahead of San Diego’s move to the red tier on March 17. "Things are slowly getting back to normal, but there has been too much control on that, and enough states have opened that don't face any of the issues,” Neuhart said.

Watch: It may soon be easier for California counties to reopen