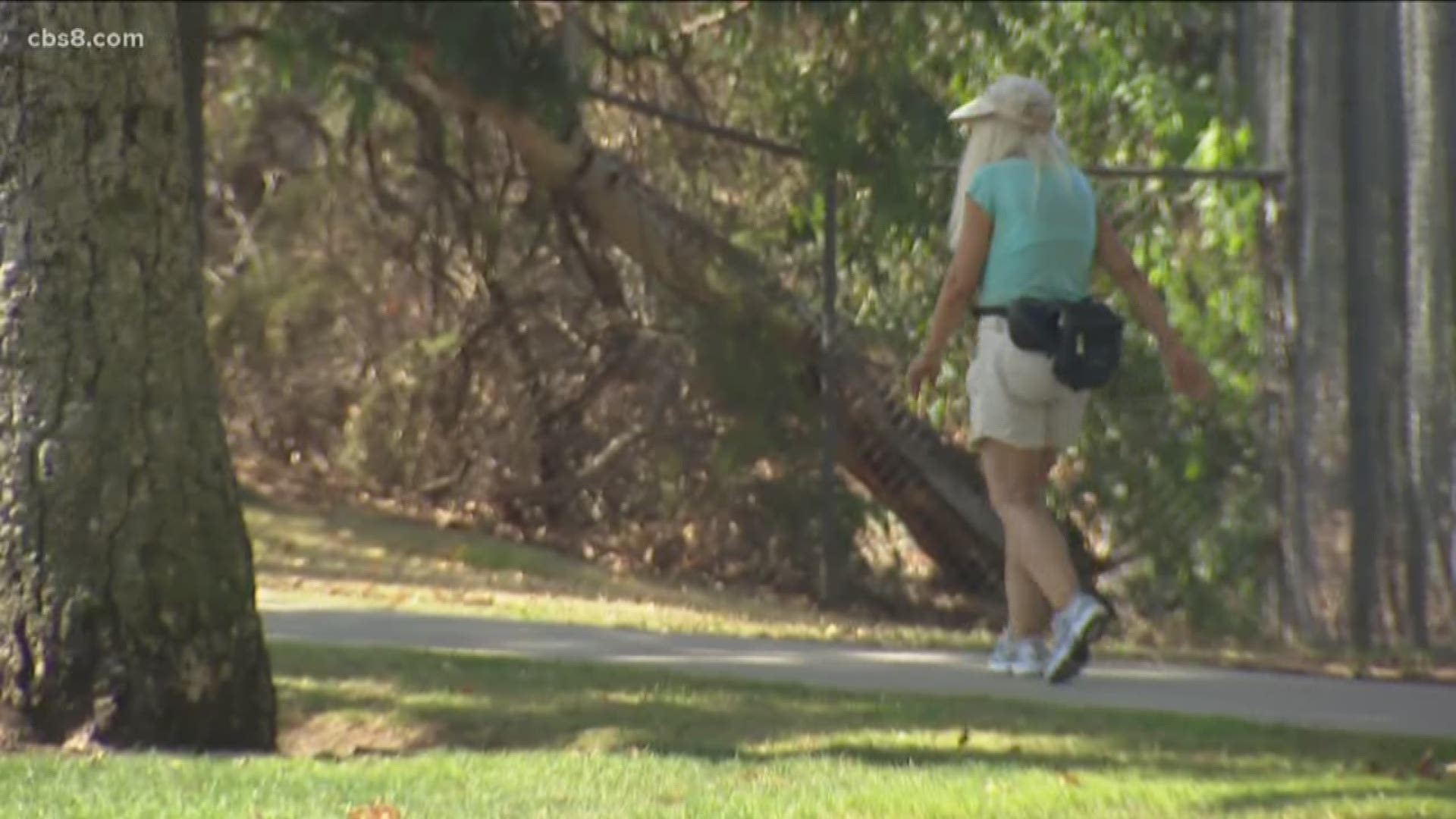 San Diego Mayor Kevin Faulconer, who announced the re-openings on Monday, said parkgoers will be limited to individual activities, with all social distancing, face covering recommendations and other health-related measures remaining in effect.

"We're just so excited, and so happy that the park is open, it’s such a breath of fresh air and so nice to see the flowers in full bloom,” said Nalley, a mother of two young boys named Jedidiah and Emmet all at Lake Murray Community Park

Some played catch others rode bikes and did yoga on the lawn.

"You can go to a neighborhood park as long as you practice physical distancing and participate in individual activities,” said San Diego Mayor Kevin Faulconer.

San Diegan Jacob Sherman was pumped to play frisbee golf on his own.

“You take a walk around the block and what not, but sometimes that just doesn't do it you know getting out and actually getting out and being active, it's hard to do that you know cooped up in the house,” he said.

Sherman is currently out of work as a restaurant employee at Tap Room in North Park And PB Ale House, but says he sides with local leaders with not rushing to reopen the economy.

“I agree with them taking their time to reopen it people need to be smart,” he said.

Still basketball and tennis courts are closed as well as swimming pools and playgrounds roped off with yellow tape. Some parts of Balboa Park like Bird Park and Morley Field and the 28th Street Corridor were open, but others are not.

"Really excited because I haven't been able to go to this park in like 2 or 3 weeks now, we're doing online school at home, it's not that fun, but it's better than nothing,” said 12-year-old seventh grader Sheridan Hanna Mathis.

Dog owners like Sharon McDowell were elated to get their furballs out of the house.

“I said to myself today I'll never take it for granted again, so lovely just being here,” said McDowell who kicked off her shoes to walk in the grass with her dog named "Coco Louise Langadorf Louis."

“Just being here just  being out in the air I love it, cooped up in the house for way too long,” she said.

Group activities and active sports will not be allowed, and park playgrounds, basketball courts and other areas where groups might congregate will remain closed.

A full list of parks that reopened can be viewed here.

"We want to provide, of course, an outlet for people to be physically and mentally active as we grapple with this new normal going forward," Faulconer said.

City leaders said whether other recreational facilities are opened in the future "will be dependent upon how closely physical distancing rules are followed and the ongoing monitoring of COVID-19 cases."

Regional areas, such as beaches, boardwalks, golf courses and trails remain closed, according to the mayor.

However, Faulconer cited county leaders' Monday update, in which they said they were "ready to begin considering easing" public health orders, including reopening beaches and parks.

Faulconer said discussions are underway for a phased reopening of beaches and other "water access" areas, but said San Diego would not reopen the beaches until the city received guidance from the county.