A guest refused to put a mask on then left a $0 tip on a bill over $200 at Kairoa Brewing. Management acknowledged the crew waiting on the group by covering the tip. 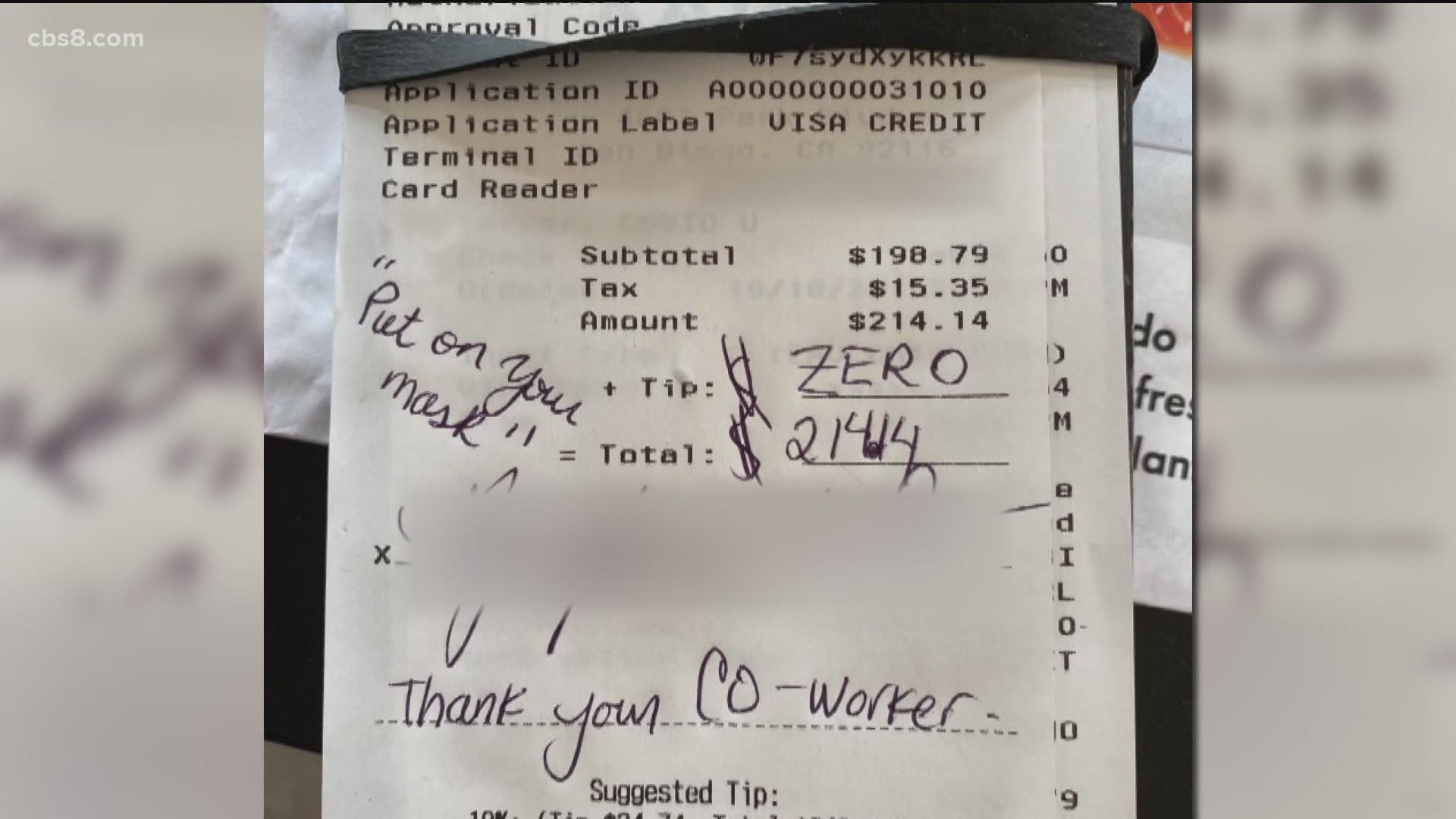 SAN DIEGO — News 8 has shared many videos that have gone viral showing disruptive behavior by customers refusing to wear a face-covering or mask while employees calmly try to handle the situation. Kairoa Brewing in University Heights is just another example of how some people are reacting to business policy under the public health order.

On Sunday, a server at Kairoa, Nichole Sykes was serving a party of six with a bill that came to $214.14

“We asked a guest to put on his mask when he went to the bathroom and he didn’t want to. So we told him that we would ask him to leave if he did not. They ended up closing out leaving a $0 tip,” said Sykes.

On the receipt, "zero" was written along with mocking notes that read “put on your mask" with a frowning face and "thank your co-worker."

“We didn’t say anything. What do you say to someone with no regard?” said Sykes.

Kairoa Brewing manager Jess Hicks told News 8 the customer was informed it is a CDC guideline to wear a mask when you’re entering or exiting, and it can be removed at the table.

“On the way out from the experience, they threw their masks off and cheered as they left,” said Hicks.

It was a rare incident for the restaurant, according to Hicks.

“It’s not like [the server] gave bad service or had a bad attitude, it was legitimately over a rule,” said Hicks.

Hicks said business establishments are under a lot of pressure amid the COVID-19 pandemic from following the public health order guidelines, enforcing policy, sanitation to serving customers with the best customer service.

“It’s a little disheartening how some people are handling the guidelines that we’ve been given,” said Hicks.

Hicks said kindness would be nice. Kindness doesn’t stop there, management acknowledged the crew waiting on the group by covering the tip.