The coalition argues that Gov. Gavin Newsom's reopening plans are unrealistic and that the color-coded metrics are flawed. 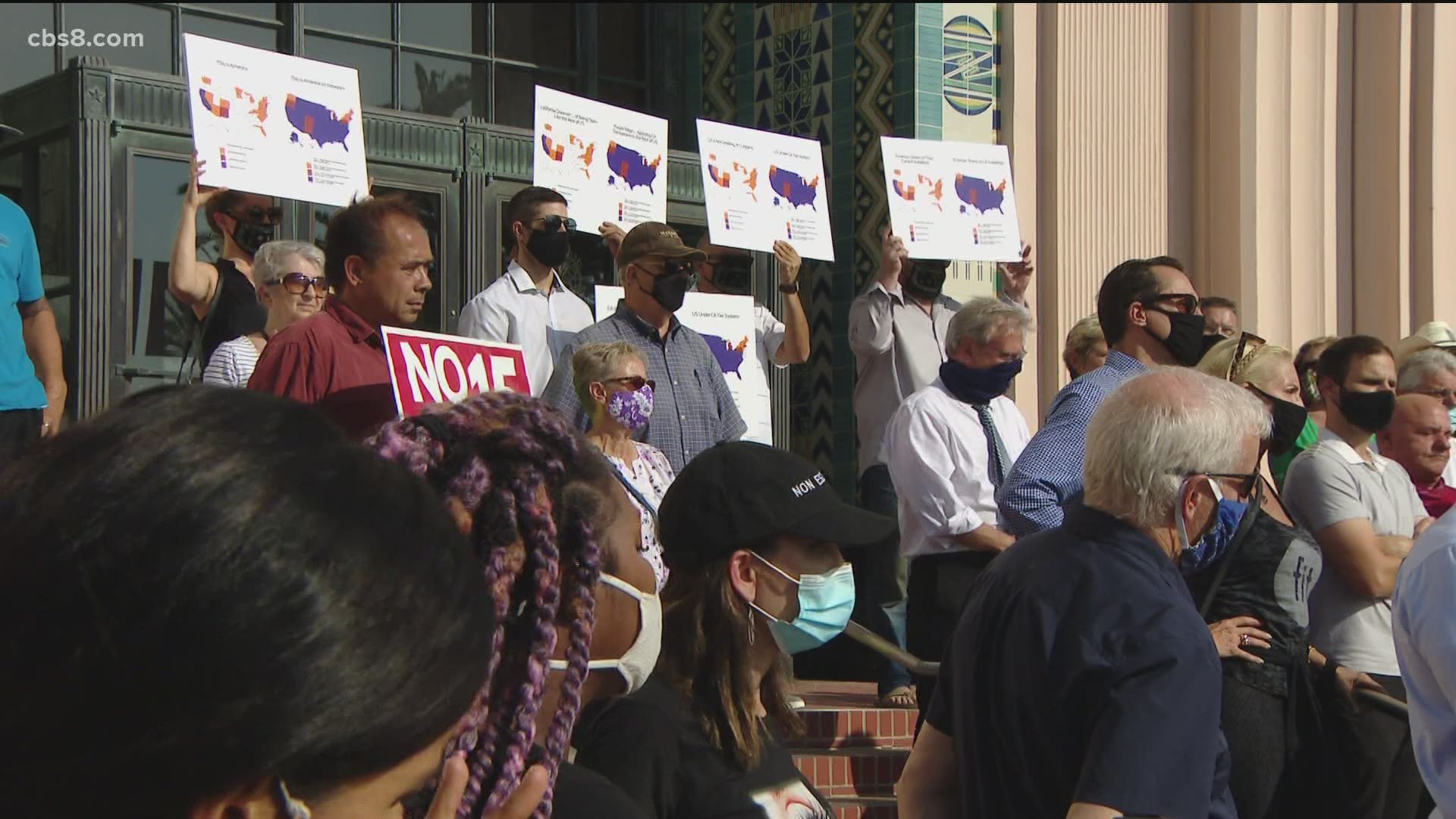 SAN DIEGO COUNTY, California — The We Mean Business coalition held a rally Monday to urge the San Diego County Board of Supervisors to initiate legal action against the state to "take control of San Diego and create a real plan to reopen San Diego."

The vocal and animated crowd gathered in front of the county administration building hoping their voices would be heard in Sacramento. Hundreds of small business owners and employees hoisted signs calling for Gov. Newsom to "Keep Us Open" and "Let Us Work."

One San Diego gym owner accused the governor of playing politics with the economy.

"The fact [is] that a litany of non-essential indoor businesses like casinos are allowed to thrive with indoor patrons, while our small businesses, who represent 60% of San Diego workforce are forced to close," said Fit Athletic CEO Scott Lutwack. 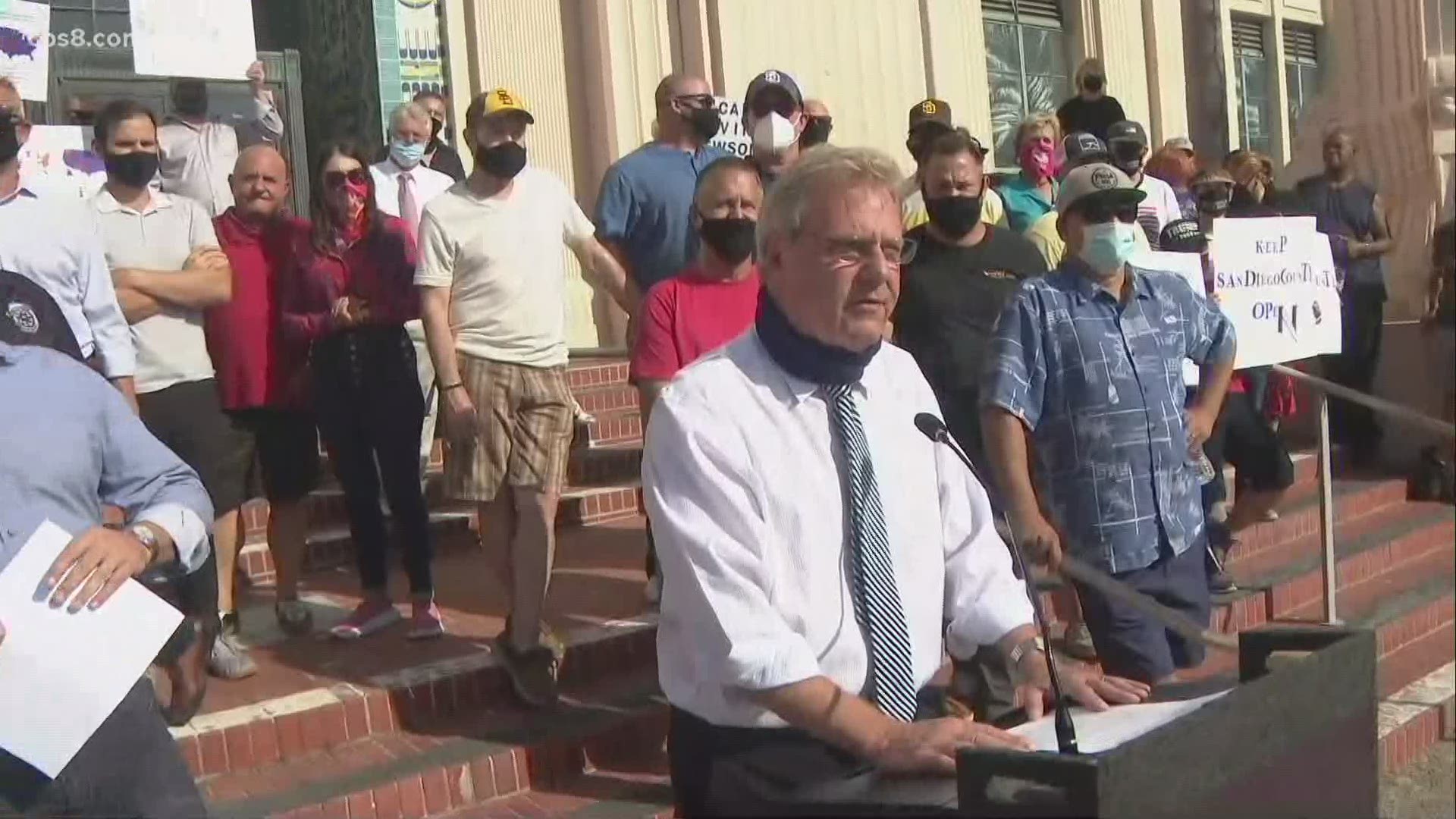 Business owners said they fear a third lockdown is looming if San Diego slides to the most restrictive purple tier which could happen Tuesday.

"A 'you're open, you're closed' approach is mentally defeating and is bankrupting our community businesses and nonprofit cultural treasures,' said San Diego Air and Space Museum CEO Jim Kidrick.

The rallying group claims Gov. Gavin Newsom's reopening plans are unrealistic and that the color-coded metrics are flawed.

Owners of bars, restaurants, museums, salons and gyms said they have been doing a juggling act trying to make payroll and rent when profits have plummeted. Some worry theirs will be the next business to fail.

"In my own city, in [Imperial Beach], at least five businesses have already been destroyed by this. They've gone out of business," said Danielle Reese.

The group said that it supports the San Diego County leaders taking control and coming up with a plan that works specifically for San Diego that includes safety measures prescribed by the county health advisors.

The San Diego County Board of Supervisors met for a closed-door session Monday evening to discuss possible legal action against the state and other alternatives but made no decision saying it would meet again Tuesday and provide a public update.

Expected participants at the rally included: