San Diego County's COVID-19 cases were at 17,000 as of Monday up 274 from numbers reported Sunday. Reported fatalities remain at 387. 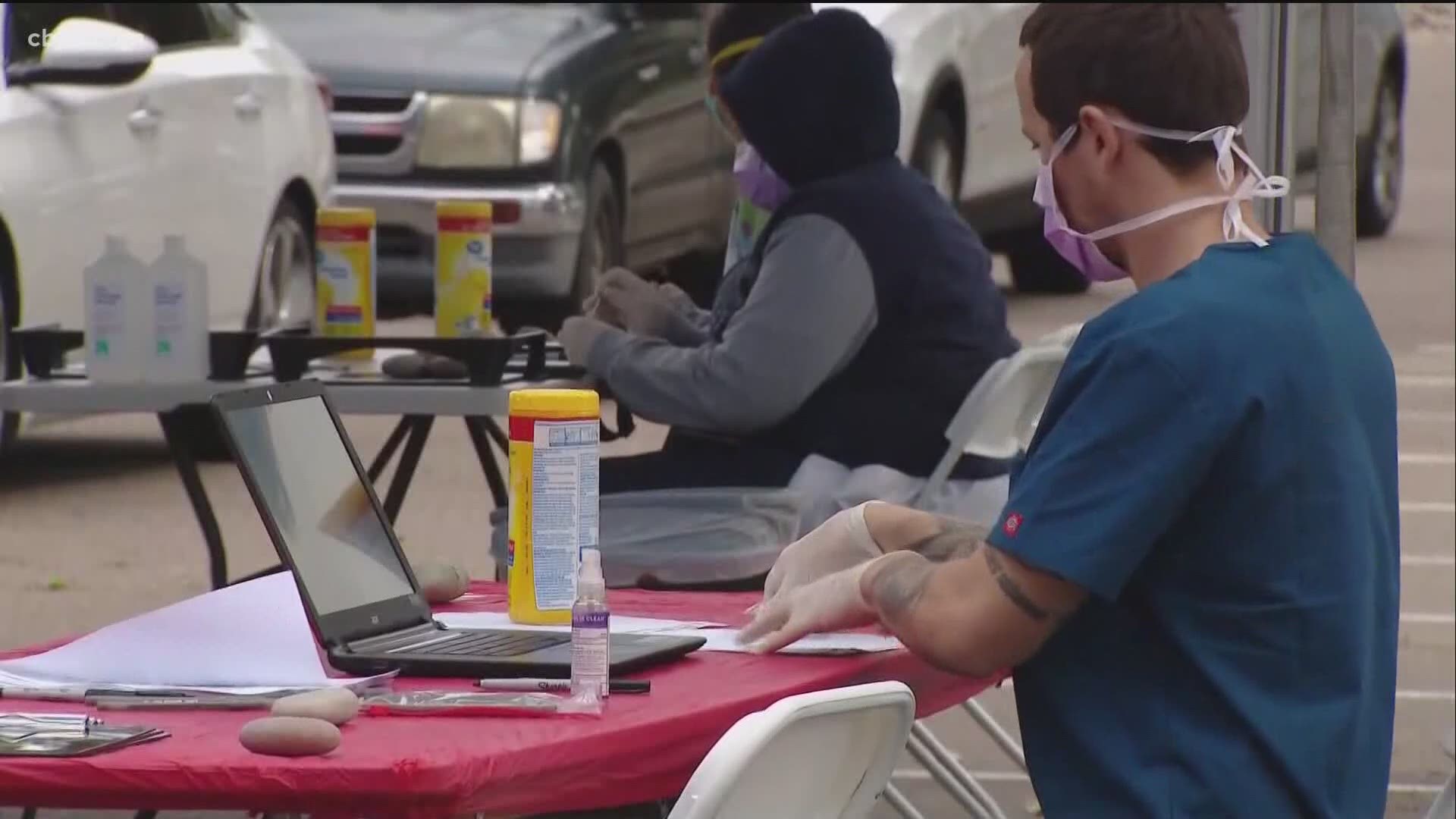 Restaurants and establishments that serve food must close their onsite dining areas. Outdoor dining will still be permitted for those restaurants, as will delivery and takeout. The restrictions will be in place for at least three weeks.

"We must slow the spread of coronavirus now to allow our economy to open and thrive," said County Supervisor Nathan Fletcher.

He said "modest adjustments" like the ones announced Monday could help prevent full-scale closures once again. The changes are in line with restrictions imposed last week by Gov. Gavin Newsom on counties on the state's coronavirus monitoring list. San Diego County was added to that list Friday due to rising case rates.

The new health orders came as officials reported 274 new cases Monday, the fewest reported since June 22. The number of COVID-19 cases reported locally since the pandemic began is now 17,000, and the number of deaths remains the same at 387.

"Deaths lag behind hospitalizations, which lag behind cases," she said, comparing the pattern to what health officials see with seasonal influenza.

Breweries and pubs serving food must stop all on-site consumption effective Tuesday, whether that be indoor or outdoor -- but are allowed to remain open for curbside service of food and beverages, Fletcher said. Wineries and distilleries can have outdoor service. Officials did not clarify why the distinction was made between the alcohol-producing businesses.

"We certainly don't want any business to be negatively impacted," said Fletcher. "This is something we had all hoped to avoid in terms of having to dial back but if we can make some modest adjustments now, get these numbers under control, then the hope is that we can resume and begin to move forward together."

According to Wooten, of the 21 community outbreaks reported in the last seven days, 16 have occurred at restaurants or bars, including one Monday.

The number of new outbreaks is above the trigger of seven in seven days. A community setting is defined as three or more COVID-19 cases in a setting from different households.

On Monday, Newsom noted the addition of San Diego and several other counties to the state's monitoring list, and said he was awaiting an order from local health officials in each of those counties to issue an order enacting the measures.

Counties on the list were also ordered to close all of its bars, a move San Diego County had already taken ahead of the holiday weekend. The county issued a 10 p.m. curfew for restaurants.

San Diego County health officials reported 1,030 positive COVID-19 cases over the weekend. On Friday, 468 new cases were reported and another 562 were reported Saturday.

As of Saturday, cases requiring hospitalization totaled 1,912 or 11.2% of cases and hospitalized cases admitted to an intensive care unit totaled 516 or 3% of cases.

Wooten said people between the ages of 20 and 49 made up 57% of all reported COVID-19 cases to date.

San Diego County was the final county in Southern California to be placed on the state's monitoring list after it saw a steady rise in daily coronavirus cases.

RELATED: What San Diego County being on state's COVID-19 monitoring list could mean for restaurants

RELATED: Masks are mandatory inside California's stores. But are major businesses enforcing the rule?