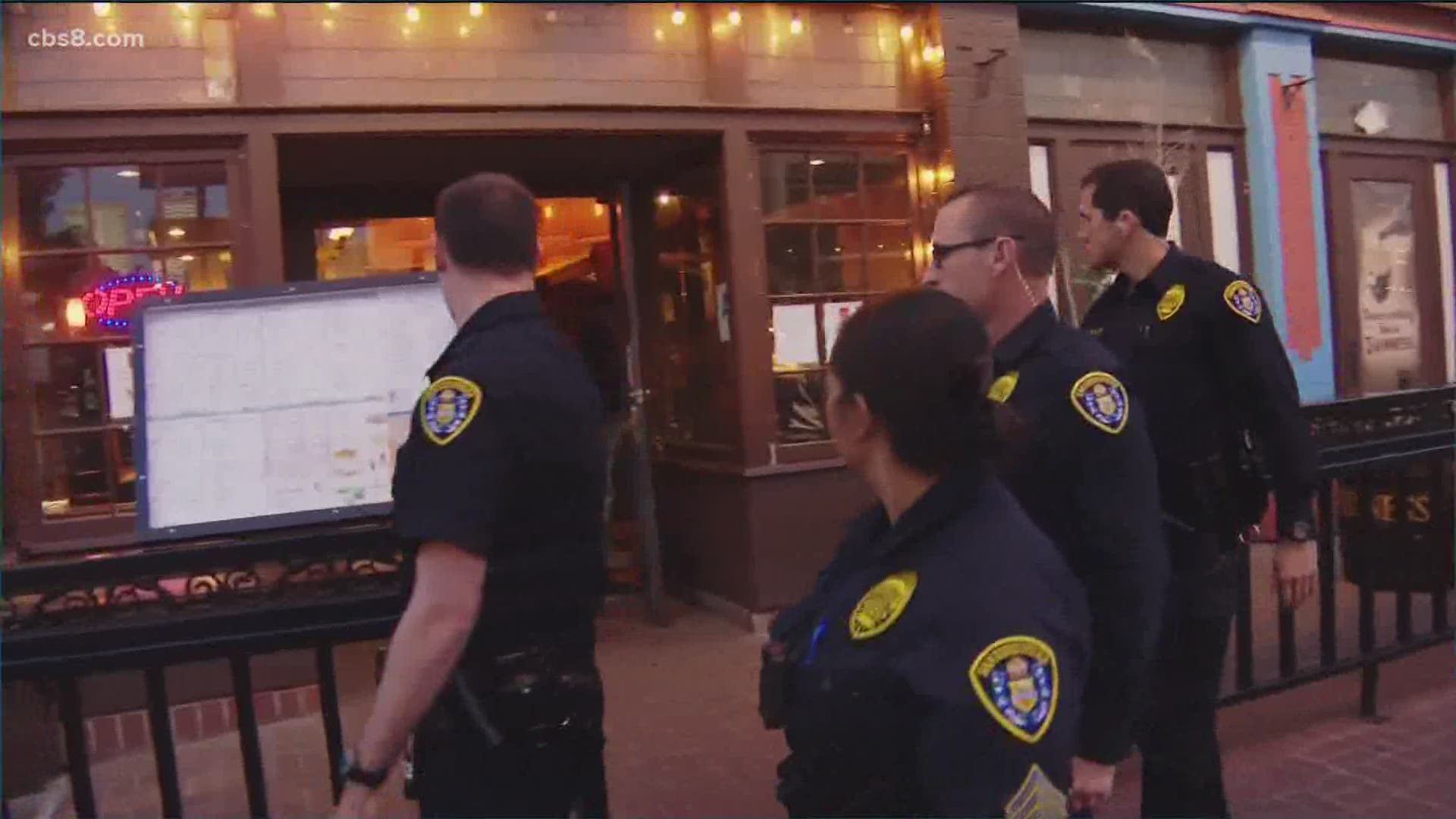 SAN DIEGO — A spike in COVID-19 cases and hospitalizations due to the illness in San Diego County prompted officials Monday to place pause on any additional reopenings through at least August 1 and order all bars, breweries and wineries to close at midnight Tuesday.

This comes as public health officials reported a single-day record of 498 new positive COVID-19 cases, the fifth straight day of more than 400 new cases and a new daily high for the sixth time in a week. Of the 6,908 tests reported Monday, 7% returned positive. The percentage of positive tests has increased sharply over the last four days, raising the county's rolling 14-day average to 4.1% of positive tests.

With no new deaths reported Monday, that number remains at 361.

Additionally, the number of patients in the hospital due to COVID-19 has risen from 326 one week ago to 458 Monday, including 178 in intensive care - - a gain of 26 patients compared to June 21.


As the region faces another holiday weekend in which large gatherings are tradition, officials hope dialing back what can be open will help slow the spread of the virus.

"We simply cannot celebrate July 4 as we have in the past," County Supervisor Greg Cox said.

County Supervisor Nathan Fletcher echoed Cox's comments, adding that if cases continue to rise at an alarming rate, we could head back into near total lockdown.

"It's certainly a possibility, but the worst-case scenario for our region," he said. "We cannot do this alone. We can't stop (the spread of the illness), but we want to slow it. It's better if we can take incremental steps to dial things back."

As the county orders bars, breweries and wineries without food licenses to close, other businesses that serve food and alcohol may have some more restrictions as well. Starting July 1, customers purchasing alcohol on- site must also purchase food, and both drinks and food must be consumed sitting down.

Fletcher said this is because bars tend to be "purely social" environments with people from many different households mingling in close proximity to one another.

With Independence Day this Saturday, the officials also reminded residents that gatherings were still against public health orders and urged people not to throw parties -- indoor or outdoor -- in celebration.

"The pandemic is not over," said Dr. Wilma Wooten, San Diego County's public health officer. "The virus is still pervasive in our communities. Please don't throw dinner or house parties."

In the past seven days, seven community outbreaks were identified, including two in restaurants reported Monday, officials said. The number of community outbreaks is above the threshold set by the county, which established 13 "triggers" that could set back reopenings.

Gov. Gavin Newsom on Sunday ordered all bars to close in seven counties, including Los Angeles County, and recommended that eight other counties close their bars as well to limit the rapid spread of coronavirus.

The historic Hotel del Coronado reopened Friday after shuttering for the first time in its history.

It will be open at reduced capacity and with fewer amenities.

Patients must register in advance to schedule an appointment here.

The testing sites are located at these CVS pharmacies: