What would move to less-restrictive red tier mean for San Diego County?

Nathan Fletcher said he was confident the numbers would allow San Diego County to post a sub-10 case rate on Tuesday, allowing the county to enter the red tier. 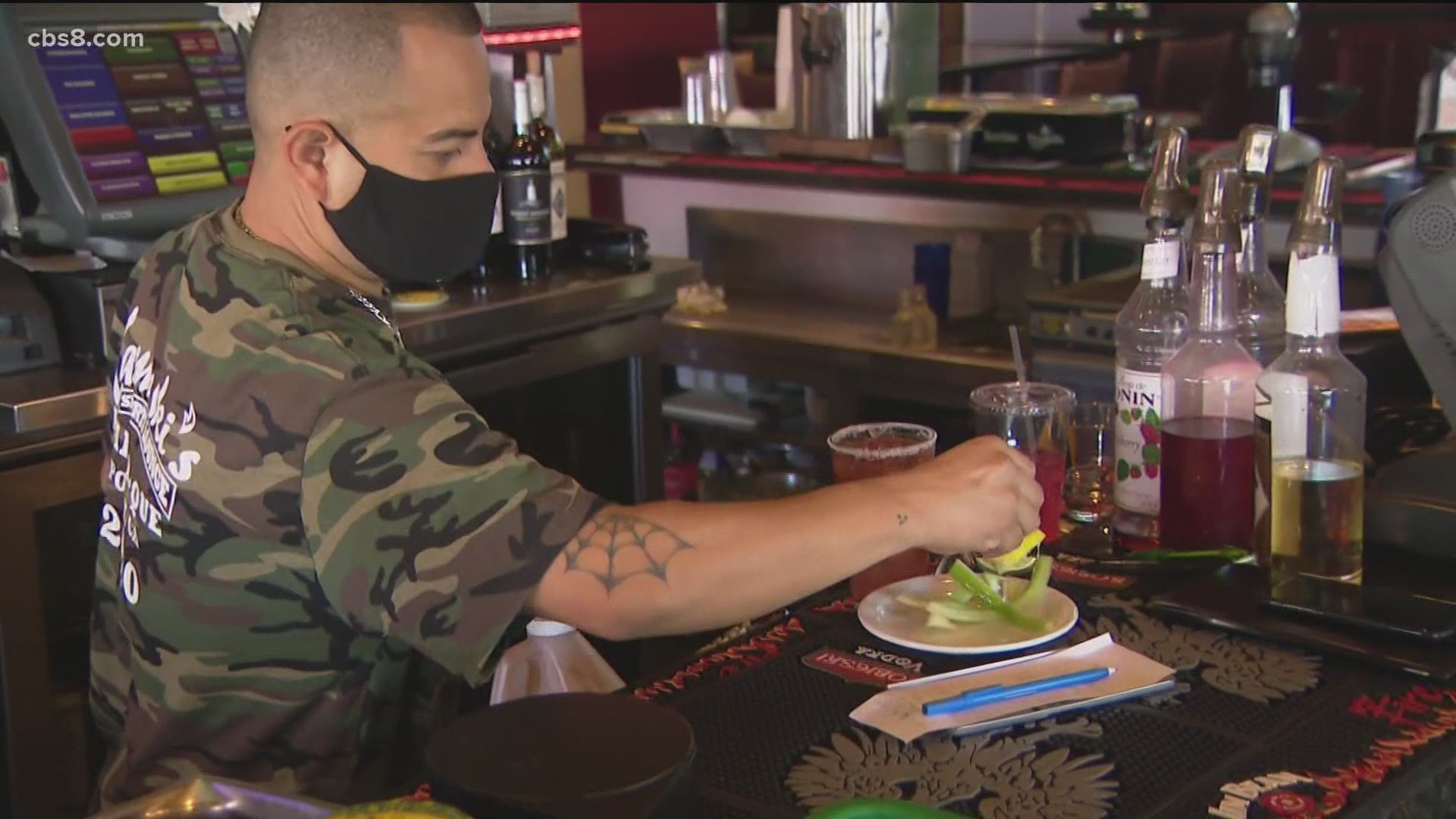 SAN DIEGO COUNTY, Calif — A possible change to California's COVID-19 reopening schedule could have San Diego County promoted to the less-restrictive red tier by as early as Wednesday, according to county officials.

The red tier will feature a limited allowance of indoor dining, gyms, movie theaters and other businesses and services.

Kaminski's Bar-B-Q in Poway was prepping Sunday for the crowd expected Wednesday setting up indoor and outdoor tables socially distanced and everything clean and ready for all those customers who have had to stay home the past year.

"It's a relief," said owner Marsha Kaminski."It's been a year almost to the day and I remember last St. Patrick's Day: just take-out only."

Hours had to be juggled and trimmed here and there but she said she didn't lay anyone off due to COVID and now they get to shine once more.

The addition of parking lot dining turned out well she added and said she plans to keep the outdoor option.

"We're lucky [we have a] pretty good patio size, [we] have TVs out there, heaters," she said.

California's Department of Public Health modified the Blueprint for a Safer Economy to lead with opening activities when vaccines have been deployed to the hardest-hit communities. The modification will shift Blueprint tier thresholds to allow slightly higher case rates per 100,000 population once more inoculations have occurred in the communities suffering the most, allowing counties to move to less restrictive tiers.

Modifications to the Blueprint will primarily include two approaches: (1) shifting the tier threshold to higher case rates per 100K population per day based on meeting vaccination thresholds within Vaccine Equity Quartile communities and; (2) changing certain sector-specific guidance and issuing new sector guidance to incorporate learnings from the last year about how the virus spreads.

The floor for the most restrictive, purple tier will move to 10 daily cases per 100,000 population once the state hits that benchmark. As of Tuesday's state update, San Diego County has a case rate of 8.8 per 100,000 -- enough to qualify for one week of the proposed changed red tier.

County Board of Supervisors Chair Nathan Fletcher said he was confident the numbers would allow San Diego County to post a sub-10 case rate on Tuesday, allowing the county to enter the red tier by as early as Wednesday.

According to the CDPH, there are 13 counties expected to move to the less restrictive red tier on Tuesday, March 16, based on current data and projections, including San Diego.

Governor Gavin Newsom said on Wednesday that California had reached 10 million vaccine doses which no other state in the country had done. The state has been using a four-tier color-coded system to guide schools and businesses when they can re-open.

Below is a breakdown of what can open when a county is in the red tier.