"We have to redouble our efforts," County Supervisor Nathan Fletcher warns, referring to the approaching winter and flu season. "This has the potential to take off." 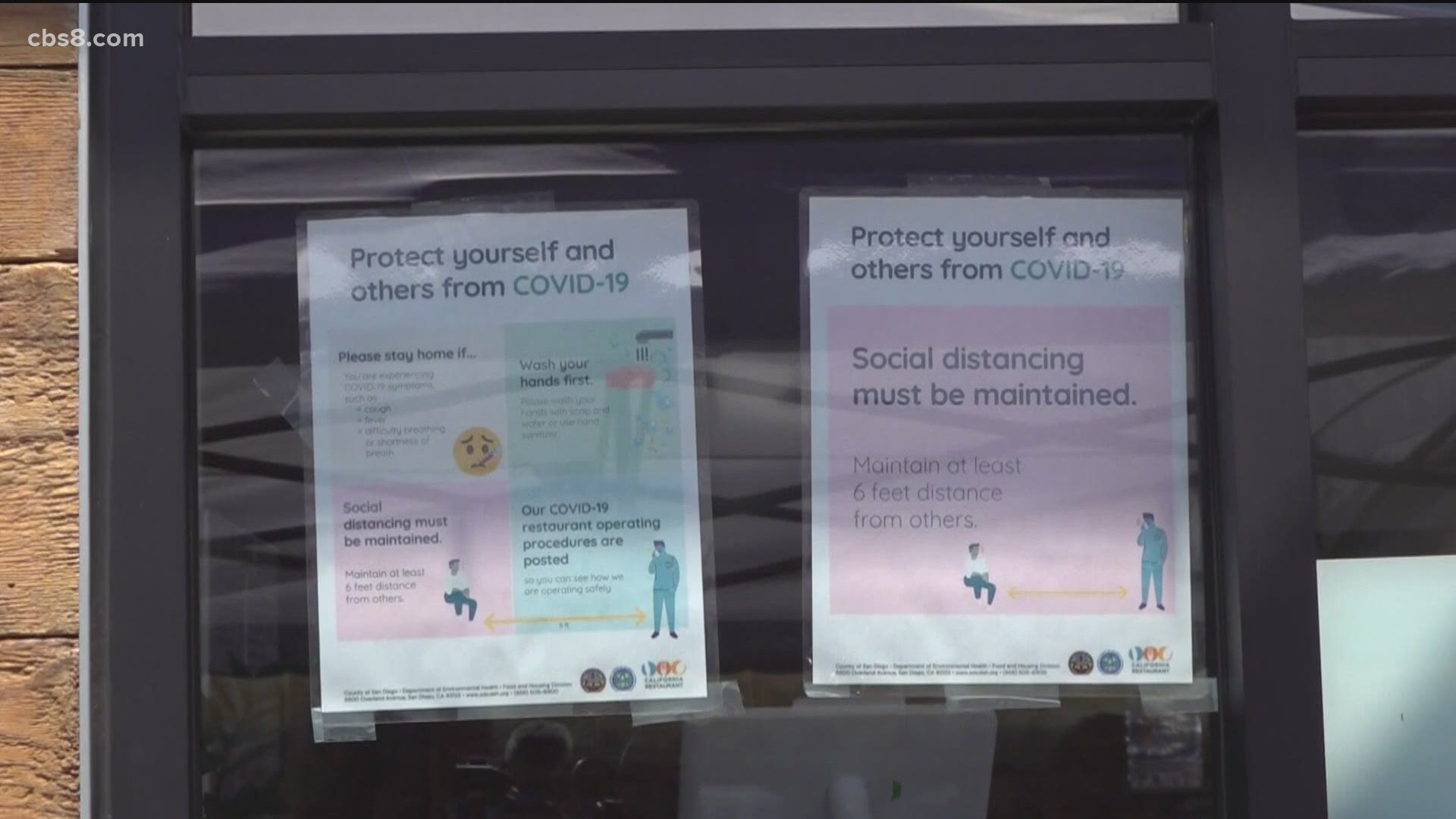 These statistics come a day after the county avoided the state's "purple" tier for yet another week, remaining in the less restrictive "red" tier of the state's four-tiered coronavirus monitoring system.

The county's adjusted case rate dropped to 6.5 new daily COVID-19 cases per 100,000 population, which is far from ideal, but allows the county to maintain a semblance of normalcy.

He pointed to examples of places not holding steady throughout the country and globe, with exponential growth in case numbers causing significant backsliding and heavily taxing local health infrastructure.

"We have to redouble our efforts," he said, referring to the approaching winter and flu season. "This has the potential to take off."

"We have zero margin for error where we are," Fletcher added.

Steve Padilla, a Chula Vista councilman and the first elected official in California to publicly be infected with COVID-19, spoke at the county meeting Wednesday about his medically induced coma and how the fever burned nearly 7,000 calories a day. Padilla lost nearly 30 pounds in his 12 days in intensive care.

"It's quite a workout, but not the one I would recommend," he said.

"I had single-organ failure: my lungs collapsed," he added. "I nearly had multiple organ failure which would have likely resulted in my death."

Padilla encouraged San Diegans to take the illness seriously, as even though it has a mortality rate of less than 2% locally, even healthy people can be hospitalized, intubated or may succumb to the virus.

"This is real and it is not over," Padilla said.

Of the tests reported Wednesday, 3% returned positive, bringing the 14- day rolling average percentage of positive cases to 2.7%. The 7-day daily average of tests is 11,278.

A total of 13 new community outbreaks were confirmed Wednesday, bringing the total in the past week to 31 outbreaks representing 133 cases. A community outbreak is defined as three or more COVID-19 cases in a setting and in people of different households over the past 14 days.

Dr. Wilma Wooten, the county's public health officer, said the three most common co-morbidities with COVID-19 in the region were hypertension, diabetes and heart disease.

According to the California Department of Public Health, the county's unadjusted case rate is 7.4 per 100,000 -- enough to be in the most restrictive purple tier, which has a floor of 7 per 100,000. However the high volume of tests the county is able to perform daily allows for an adjustment from the state. This adjustment has kept the county in the red tier for several weeks, saving it from having to shut down nearly all nonessential indoor businesses.

The state data, which is updated every Tuesday, reflects the previous week's case data to determine where counties stand in the state's four-tiered reopening system.

According to the district's COVID-19 safety dashboard, it has recorded 10 cases since Sept. 8, with six of those coming after Oct. 20.

The VUSD Board voted Tuesday to shut down at least one campus for two weeks starting Thursday as a result of the rising cases. At least 400 students and nearly two dozen staff members have been ordered to quarantine.

"We have to be mindful that Coronavirus is just as contagious today as it was in March," Fletcher said.

County leaders also emphasized the need to continue taking all precautions from face coverings to avoiding gatherings, adding that official health  guidance for upcoming holidays will be released in the next couple weeks.