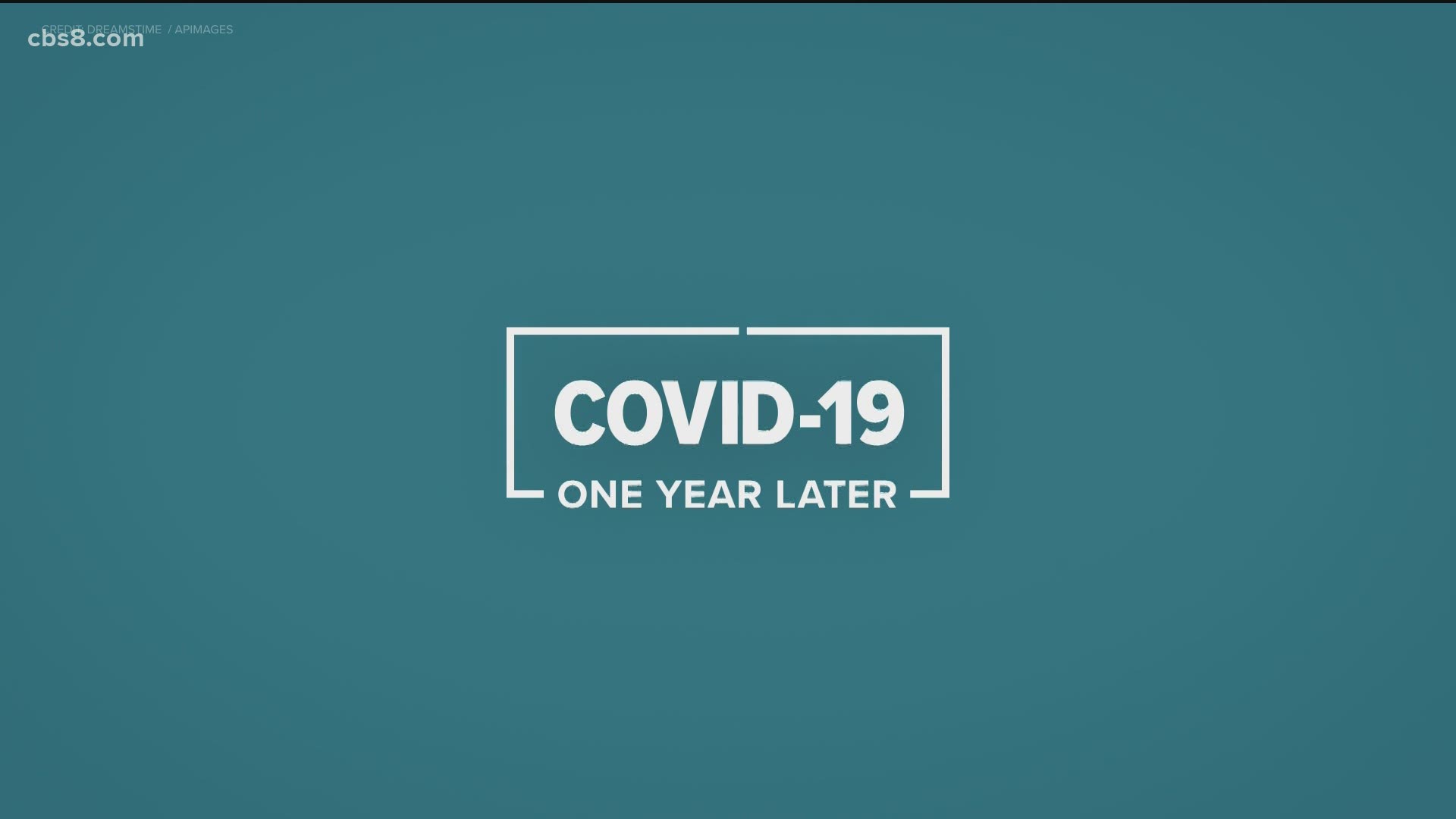 SAN DIEGO — San Diego County will remain in the most-restrictive purple tier of the state's four-tiered coronavirus reopening plan, it was announced today, but there is a still a possibility to be promoted to the less- restrictive red tier by the end of the month. According to state data released Tuesday, San Diego County has an adjusted case rate of 8.8 new daily COVID-19 cases per 100,000 people. To be promoted to the red tier -- and its limited allowance of indoor dining, gyms, movie theaters and other businesses and services -- the county must report a daily case rate of fewer than 7 per 100,000 and then maintain that rate for two weeks.

By these numbers, the earliest the county could move to the red tier is March 30. The California Department of Public Health assesses counties on a weekly basis and schedules updates for Tuesdays. The testing positivity percentage is 3.3%, placing the county in the orange tier. While the testing positivity rate for the county qualifies it for orange, the state uses the most restrictive metric -- in this case the adjusted case rate -- and assigns counties to that tier. The county's health equity metric, which looks at the testing positivity for areas with the lowest healthy conditions, is 4.5% and is also in the orange tier.

Scripps, which runs the Del Mar site, will be closed Friday through Sunday due to the low number of vaccine doses that were delivered to Scripps for the week. The station is scheduled to reopen Monday.

Patients who had appointments on one of the three closed days are being rescheduled for either Thursday or early next week automatically through the MyTurn online appointment system.

County public health officials reported 473 new COVID-19 infections and 15 additional deaths on Tuesday, increasing the total number of cases to 263,748 and upping the death toll to 3,405.

The number of hospitalizations due to COVID-19 increased for the first time in nearly two months, rising from Monday's 337 to 346. The number of people with COVID-19 in intensive care beds also rose by four, from 109 to 113. There are 56 staffed, available ICU beds in the county. Of 11,766 tests reported by the county Tuesday, 4% returned positive. The 14-day rolling average remained 3.2%.

There were no new community outbreaks reported Tuesday for the second day in a row. There have been 24 outbreaks over the last seven days with 90 cases associated with those outbreaks.