San Diego County saw a spike of 600 new cases over the weekend. 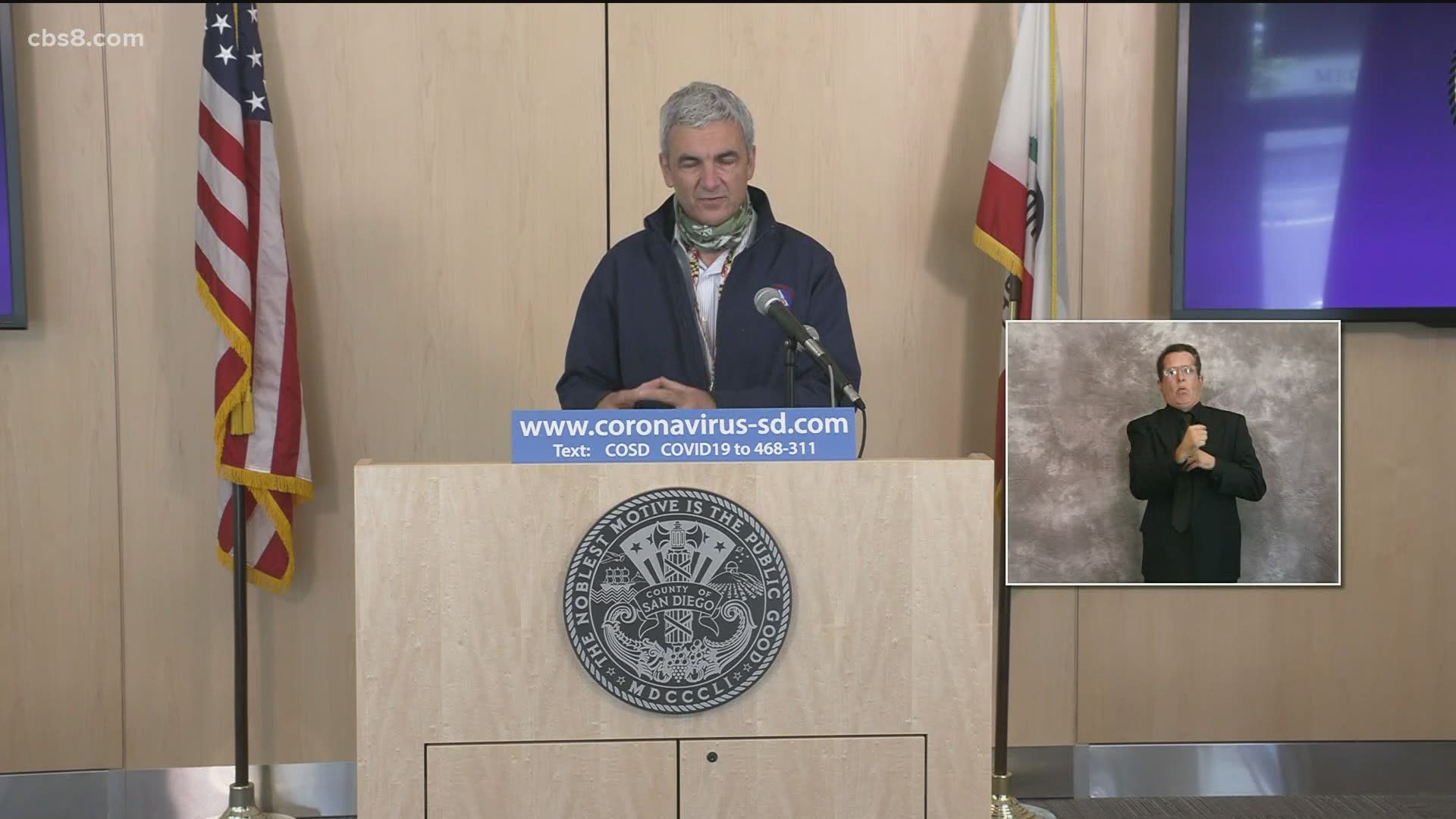 SAN DIEGO — San Diego County reported an additional 600 new coronavirus cases over the weekend, bringing the total number up to 11,096. The percentage of positive cases relative to the number of tests performed was an average of 6% for each weekend day.

Health officials are investigating 10 community outbreaks, which could trigger a pause in reopening since that number is greater than seven, but some of the data is based on old test results that only recently made its way back to the county.

Tracers found no commonality between the locations. The three new outbreaks announced Monday occurred at a restaurant, a manufacturer and a construction company. None of the 10 total outbreaks had more than 10 cases associated with each setting.

The county had warned additional cases were likely as more businesses reopen. Many of the new cases occurred in residents 40 years old or younger, who are most likely to survive coronavirus.

“We’re seeing cases in our younger population who have more of a tendency to feel invincible. Now, more than ever, it is vital we take precautions,” said Dr. Wilma Wooten, the county’s public health officer.

Many of the new cases were reported in the county’s largest population centers. However, Fallbrook reported a 43% increase in total cases between June 13 and June 20 - the most of any community. Solana Beach, Lemon Grove, Poway and Vista also saw cases increase above the county average.

Hard-hit South Bay communities continued adding cases, but were generally at or below the county average.

“We're certainly seeing an increase in the southern part of the county compared to the rest of the county. That trend continues,” said Dr. Eric McDonald, Director of Epidemiology and Immunization Services for the county.

The Health and Human Services Agency believes the county hit its peak of cases in April, but limited testing capacity likely caused the number of cases to be underreported and stressed we are not yet experiencing a second wave.

“We are in the first wave and things are not slowing down. As we continue to reopen, our numbers may be going up a bit, so it is important that everyone utilizes the best practices that we’ve shared and talked about,” said Wooten.

Statewide, Gov. Gavin Newsom said hospitals reported a 16% increase last week in patients as other parts of California also reopen. San Diego County did not see a significant increase, but health officials are closely watching hospital capacity this week since hospitalizations tend to lag a few days after cases spike. Many continued to urge Californians to continue practicing physical distancing and wearing masks.

“The dangers from coronavirus are real. They are present,” said Supervisor Nathan Fletcher. “We continue to implore the public to heed the warnings and advice.”

RELATED: Governor Newsom reminds Californians that 'we are not out of the first wave' of COVID-19