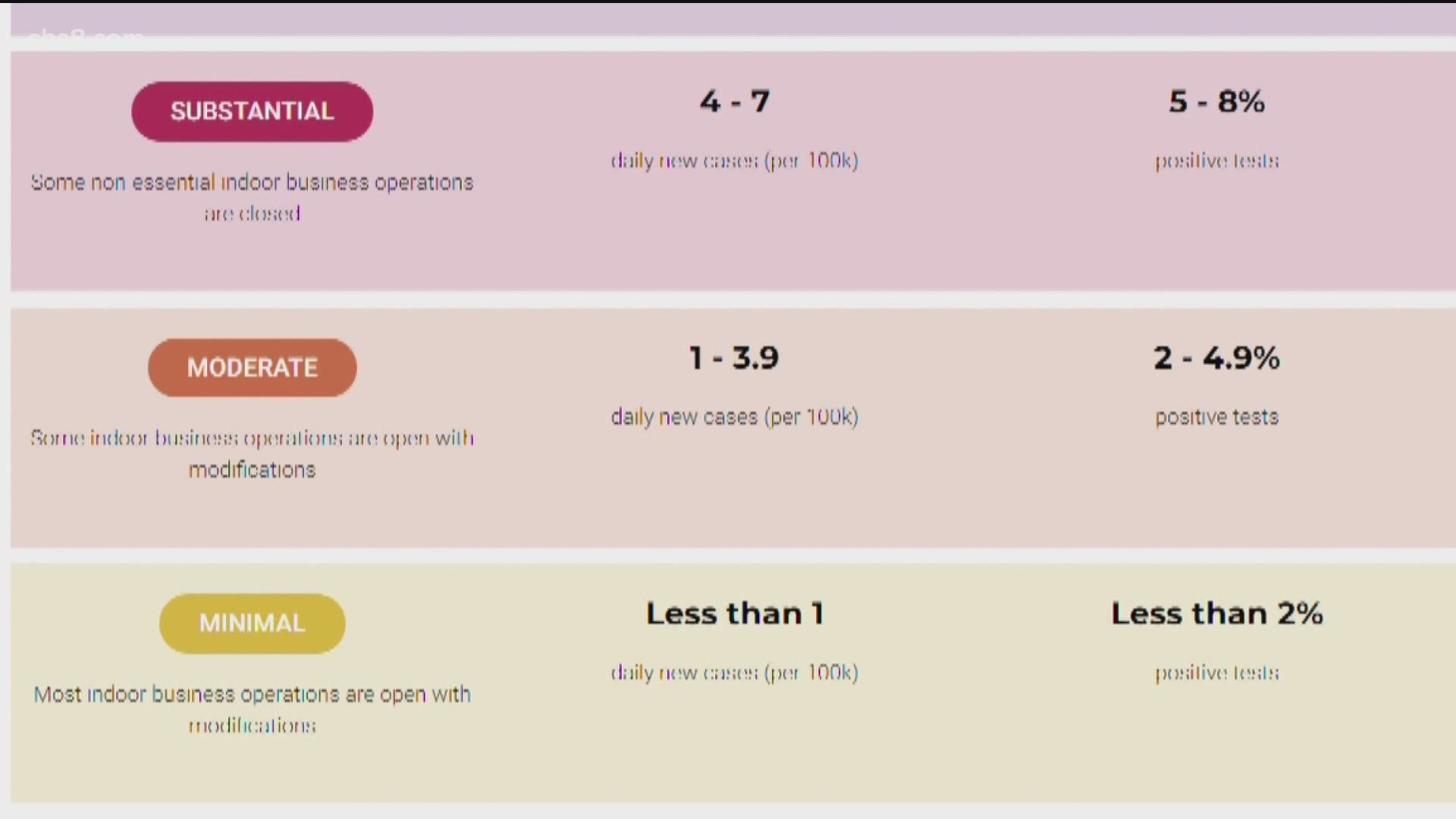 This is welcome news for local businesses, which would be able to allow more customers indoors.

There are three distinct ways that we can reach the orange tier, which would further open up restaurants, gyms, theaters, and houses of worship.

"All of them involve us controlling our case rate," said County Board of Supervisors Chairman Nathan Fletcher.

The first and most direct route to the orange tier would be a coronavirus case rate below four new cases per 100,000 for two consecutive weeks.

"We're doing a really good job here in San Diego County and we want to continue that," Fletcher added. "The possibility of descending into the orange tier ought to be extra motivation to do our part to help avoid the spread."

Under the second scenario, four million vaccines would first have to be administered to the state's most vulnerable communities, outlined in the "Healthy Places Index" quartile.

So far, 2.9 million of these vaccines have been given throughout California.

Once the four million goal is reached, then the guidelines would loosen, permitting us to enter orange with a case rate of 5.9 or below for two weeks in a row.

"So if the state were to hit that and we were able to keep our case rate where it is now or lower for two consecutive weeks, then we'd be able to descend into the orange tier," Fletcher said.

The third path to orange involves the county's "health equity metric" focusing on San Diego's communities with the least healthy conditions, and the county's testing positivity percentage, which both currently fall in the orange tier.

"Essentially we would need two consecutive weeks with both of those numbers in the yellow tier, and that would allow us to descend into the orange tier," Fletcher added.

The most likely path, according to county leaders, is the second one, provided that vaccination efforts in California's most under-served communities continue to make progress.

To that end, here in San Diego, "Project Save," which helps set aside vaccine appointments for communities disproportionately impacted by the pandemic has so far been a success in the South Bay

"We will be expanding these efforts to the communities of Oceanside and City Heights," said County Supervisor Nora Vargas.

Some more promising news: for the second straight week, the number of vaccines San Diego County is expecting to receive will increase by about ten percent in the coming week.