Molly Chinnock blames herself for the domino effect following her kids' COVID diagnosis. 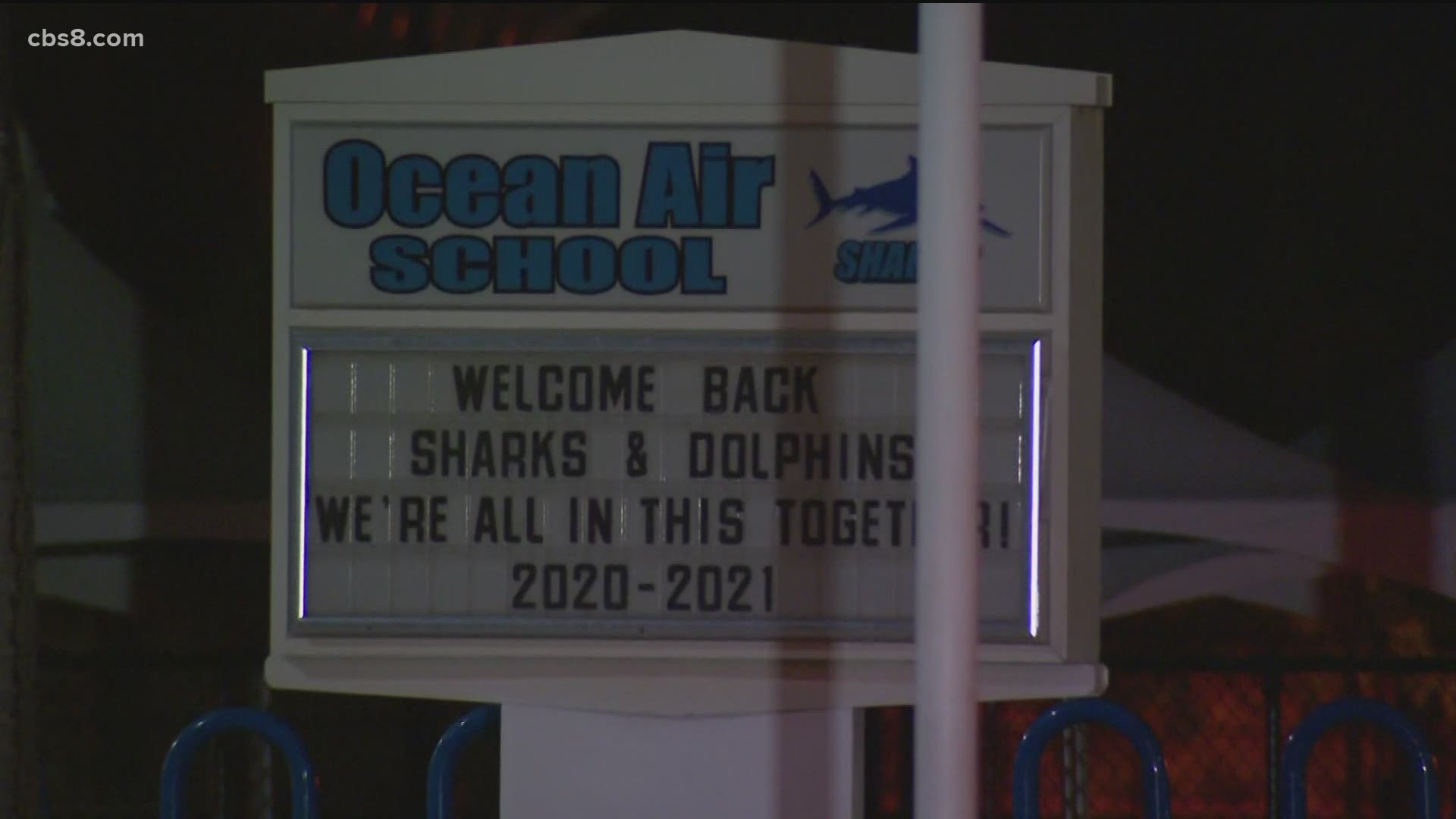 DEL MAR, Calif. — Across San Diego County, hundreds of children under the age of 19 have been diagnosed with COVID-19. Two of them are in Del Mar and their mom is opening up about the immense guilt she said she feels after her kids’ diagnosis sent dozens of their classmates into quarantine.

Molly Chinnock is in quarantine and in pain - but not from COVID-19.
In fact, she's negative for the virus, even after her 10-year-old and 8-year-old tested positive.

“It’s just so embarrassing and humiliating and I just feel so bad,” she said in tears.

Chinnock blames herself, for the domino effect following her kids' COVID diagnosis. She said she was mortified as she watched dozens of their classmates, sent home to quarantine.

“The parents had to come and pick up their kids and the kids had to line up one by one to leave the classroom,” she explained.

Her struggle with it is so overwhelming, she's taken to her Instagram account, to see if other parents can relate.

“My actions have directly affected so many people,” she told her followers.

But what she really wants to share is an apology, to the moms and dads whose kids are apart from everyone distance learning, all over again.

“I know how frustrating this is and I take full responsibility and I just feel so bad that you are in this position,” she said.

Her kids were not the first two cases of COVID at the Del Mar Union School District, but Chinnock said her son was the first to test positive at Ocean Air Elementary, and she applauds his teacher for knowing exactly what to do.

“They were doing jumping jacks and he had a slight headache [so she] sent him to the nurse’s office,” she said.

Both kids are still in isolation and not showing any symptoms. But waiting at home has allowed their mom time to reflect on what, she said, she could've done better.

“I could've been better about letting them play with other kids where I don't know where other parents have been,” she said.

She said pandemic fatigue is real but believes there's something even worse than being exhausted from coronavirus restrictions.

“As tired as you are, you do not want to be in my position where you have affected the lives of so many people. And now [I] just sit and wait and I pray that nobody else gets sick from this as a result of my actions,” she said.

As of Monday, according to the district's online COVID dashboard, there are three active cases of students with the virus.