San Diego economic recovery not expected until 2024 as report projects $12.4B loss in 2020 due to pandemic

SANDAG's Chief Economist Ray Major said tourism is taking a hit even worse than during the 2008 financial crisis. 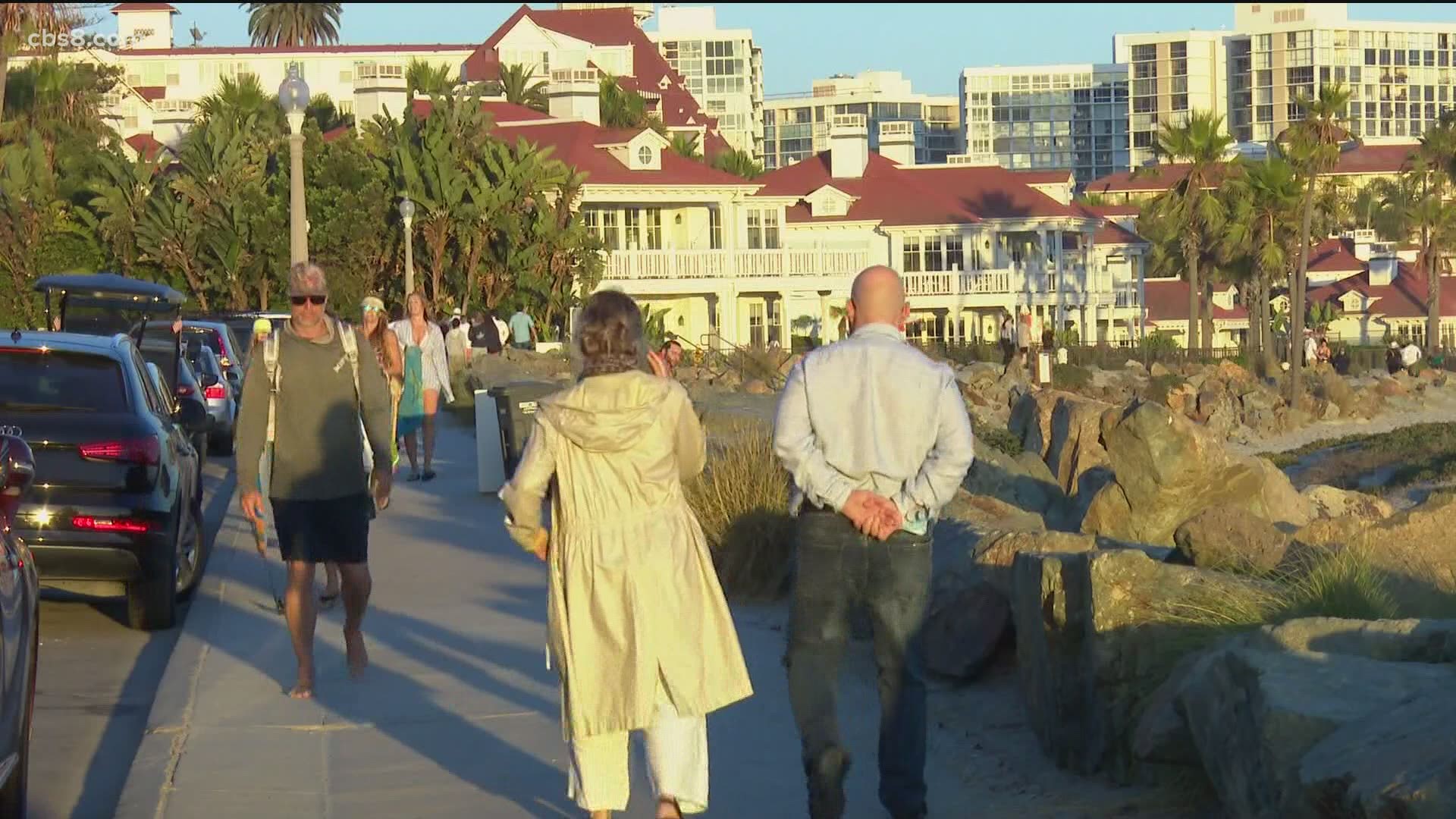 SAN DIEGO COUNTY, Calif. — The impact of the COVID-19 pandemic may cost the region's economy more than $12.4 billion in 2020, according to a report released Thursday from the San Diego Association of Governments.

SANDAG's Chief Economist Ray Major said tourism is taking a hit even worse than during the 2008 financial crisis.

"Because people still came to San Diego for vacations [in 2008,]" said Major. "[There were] still business conventions here."

According to the SANDAG report, which looks at the first six months following stay-at-home orders, $4.8 billion in wages were lost and more than 176,000 people in San Diego County lost their jobs. The report also found that a disproportionate impact of job losses landed on women, minorities, lower-income earners, and younger employees.

Compared to March, the report found in July there were 23% fewer lower-income employees -- those making less than $27,000 a year. A total of 80% of jobs lost came in the tourism, retail, and education sectors.

Business travel is down 95% and there is uncertainty in the entertainment sector as theme parks are unclear on their path for reopening. Even with those sectors coming back, economists predict there will be no clear path to recovery until the year 2024.

"A lot will be contingent upon us finding a vaccine to be able to have immunity to COVID so people can travel again," said Major.

The San Diego region's gross regional product for 2020 was projected to be more than $270 billion, 2% higher than 2019's GRP of $265 billion. Now, SANDAG reports, the economy is projected to contract from 2019's numbers by 4.7%, or $12.4 billion. Counting the growth projected by SANDAG Chief Economist Ray Major before the pandemic struck, that's closer to a 7% loss, or $18.5 billion.

However, SANDAG also projects growth in 2021 of 4.2% in the GRP, which could bring the region's economy back to 2019 levels. It's not a salve for the thousands of workers without jobs, but it's better than the 7.8% loss -- with projected growth, a 9.8% loss -- of gross regional product economists projected for the year in June, according to the report.

COVID-19 is far from gone, and as San Diego County flirts with illness statistics near the most-restrictive "purple" tier of the state's four-tier reopening plan, experts said another lockdown could significantly impact the SANDAG-projected numbers.