As the state-mandated curfew takes effect in all of Southern California, restaurants in San Diego are working to make the adjustment by preparing employees. 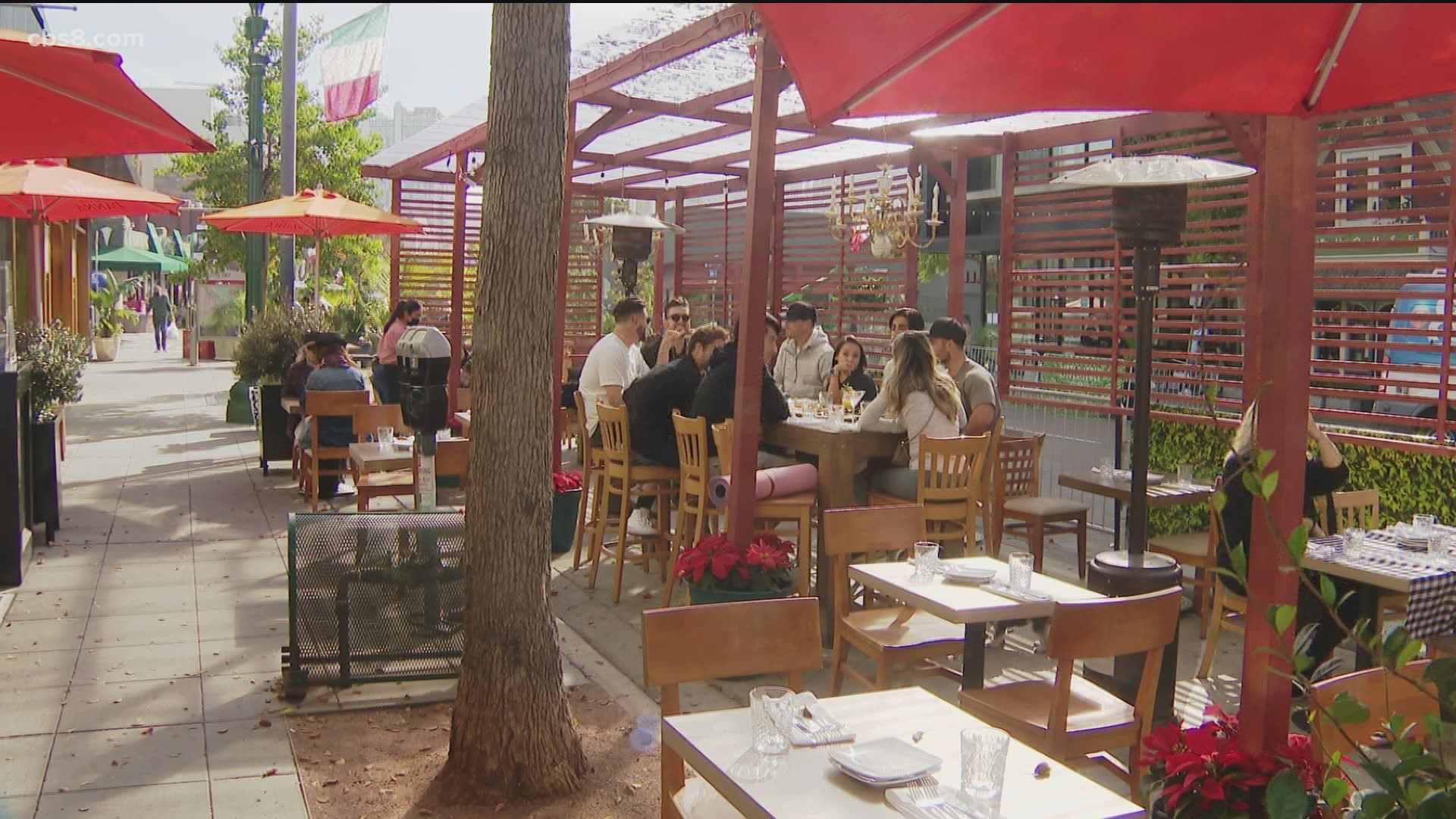 SAN DIEGO — The Barbusa restaurant in Little Italy would normally stay open late, but then during the pandemic they started to close at 11 p.m. Then, in came the curfew.

"With an extra hour being taken away from us, that's even more. It's pretty devastating,” said Barbusa owner Joey Busalacchi.

Busalacchi has prepared his staff about how they're going to get customers out by 10 p.m. at a time when restaurants desperately need the business.

The state’s limited stay-at-home order bans all non-essential work and gatherings from 10 p.m. to 5 a.m. but does allow the public to do essential errands, such as grocery shopping.

"Yes, it does mean that I can still go to the grocery store if that store is still open to pick up milk or eggs or whatever I need,” said California Secretary of Health Dr. Mark Ghaly.

Takeout service is still allowed at restaurants after 10, but Barbusa will close for the night.

"We’re not going to be doing too much takeout. The problem is, some restaurants don’t have the capabilities to do the proper takeout, and certain dishes just don't go well to-go, and we want to make sure we give a good product,” Busalacchi said.

RakiRaki in Kearny Mesa would normally stay open for diners until midnight and as late as 2 a.m. pre-pandemic, but with the curfew cutting hours, the district manager said his staff knows what to do to get customers out in time. 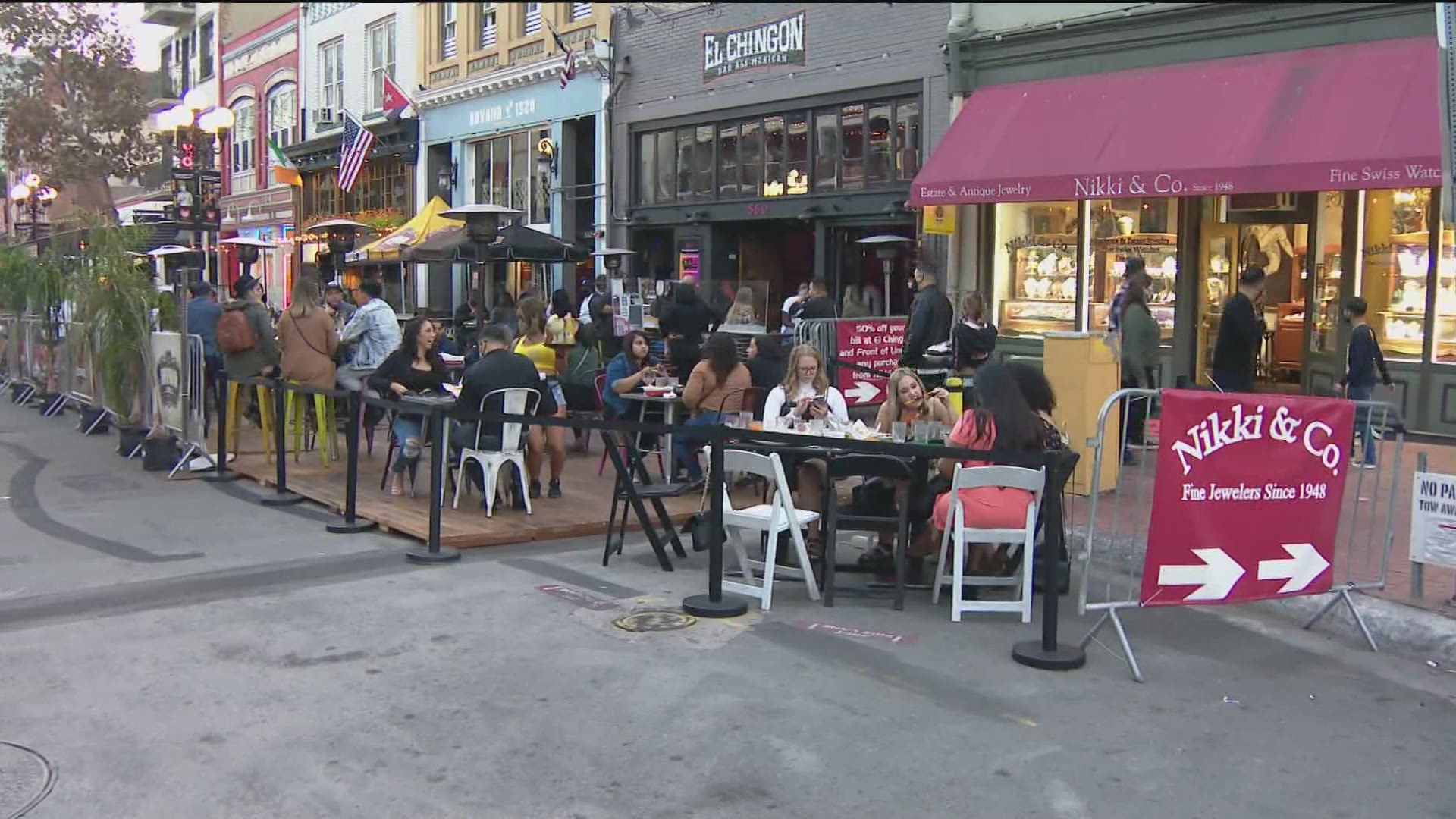 “Now we just have to adjust our times. We're closing at 9 p.m. now, so that way we can make sure that everyone's finished up and that way they're done and out of here by 10 o'clock,” said David Bravo, manager of Rockin' Baja Lobster in the Gaslamp District.

Bravo says the curfew could kill business and that sales will most likely be cut in half. That's only 17 tables for the business that's usually bustling with over 30 indoor and outdoor tables. Fewer hours in operation means restaurant workers will lose out on money.

“Now that we have half the tables, we only need like half the staff right now, so it's kind of bad for the people who need money,” Bravo said.

The health and safety goal of the curfew is to curtail the spread of coronavirus as San Diego County has seen a sharp spike in cases and hospitalizations.

The deeply impacted restaurant industry hopes the restrictions pay off.

"We hope they can continue to support us, and maybe come out here a little bit earlier instead of the late-night dining. We'll see what happens," Busalacchi said.

#Curfew kicks in tonight 10pm to 5am for all #California cities in the #PurpleTier 🟣 So what will #Restaurants do if someone is still eating outside when the clock strikes 10👀 @CBS8 @CarloNews8 pic.twitter.com/xgUX0weFeE