The owner of Wavelines, is in the same place a lot of small business owners are right now: trying to survive while also seeking help from the federal government. 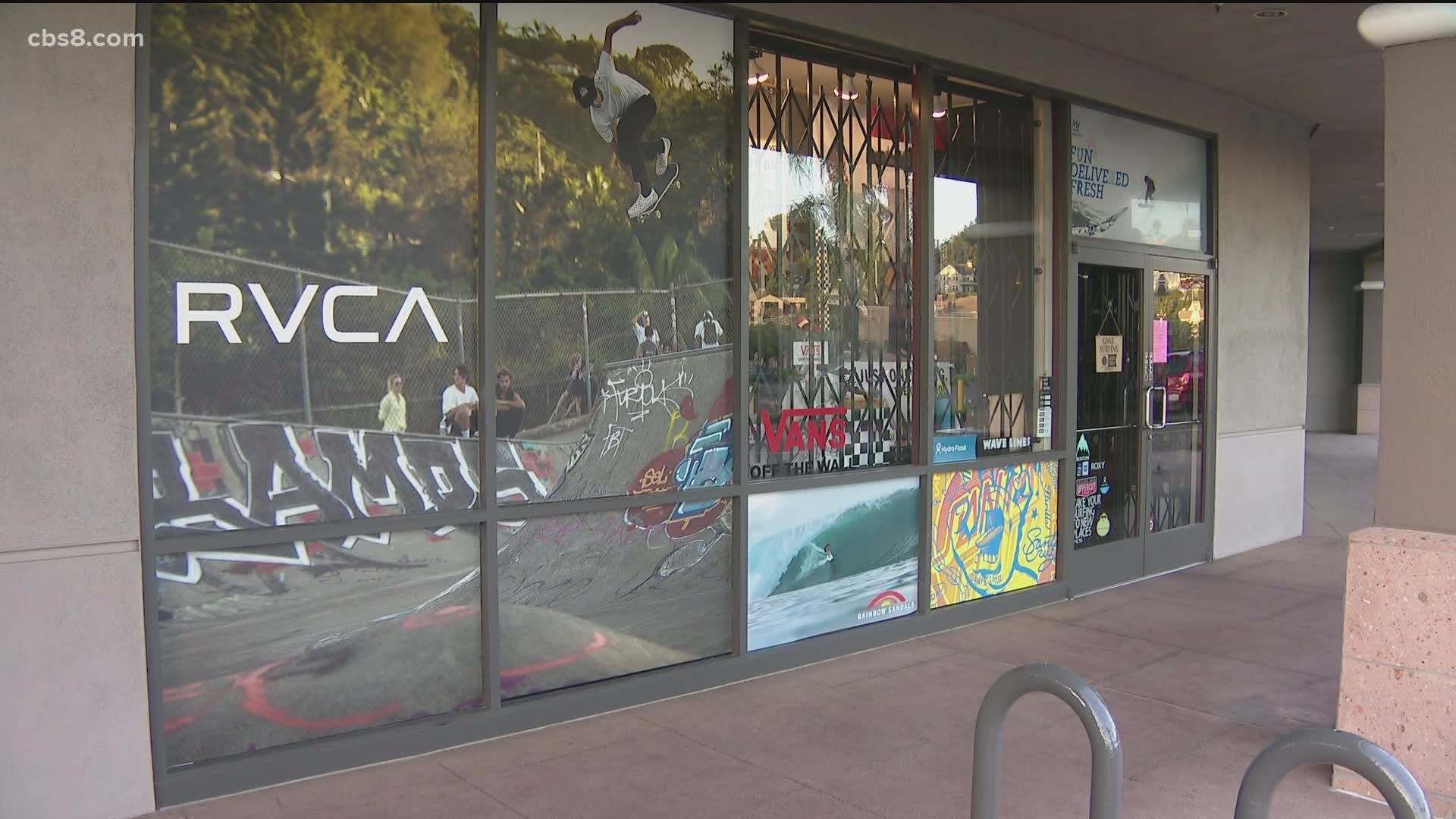 Many San Diego businesses are struggling to stay afloat during the coronavirus pandemic without federal relief funds. According to a new report from the Washington Post, a lot of that stimulus money ended up going to big businesses with millions in the bank.

Tim Kirkpatrick, the owner of Wavelines, a surf, skate and snow shop, is in the same place a lot of small business owners are right now: trying to survive while also seeking help from the federal government.

"I didn't even get to apply for two weeks and the money ran out a day later,” he said.

While the government unveiled a $369-billion relief program to help local mom-and-pop businesses, the Washington Post reports a big chunk of the money went to big businesses. Some of those businesses have up to 500 employees and several have CEOs who make upwards of $10 - $15 million a year.

Meanwhile, Kirkpatrick and the Carmel Mountain Ranch store he's owned for 27 years have yet to receive a dime.

“It's a little bizarre to read in the papers that the Lakers are a small business and some of these restaurant chains and seems like this classification should have some tiers in it, but that's frustrating,” he said.

The LA Lakers – worth $4 billion – have since returned the $4.6 million the company received as part of the stimulus package. Others have also followed suit.

“I wasn't anticipating the bigger businesses taking the money,” Kirkpatrick said. “Once we got further along in the process, I guess I understand how that happened and it's a bad look.”

The full list of big companies has yet to be released but Kirkpatrick hopes that changes.

“I think that some of those companies probably do need it but the ones that don't, like the Los Angeles Lakers, I think as soon as that gets released, they have to give it back because it looks so ridiculous and there's probably tons of those out there,” he said.

As for Kirkpatrick and his shop Wavelines, he’s trying to keep things going with curbside pickup and online ordering.

“I'm working a lot harder to make a lot less money than I ever have,” he said.

All he can do is hope they get some sort of stimulus relief soon.

“I'm just trying to be creative and, in the moment, do what I can to show up at work and to show up for my family,” Kirkpatrick said.