Parents rallied Wednesday on what was the first day of small, appointment-based sessions at San Diego Unified. 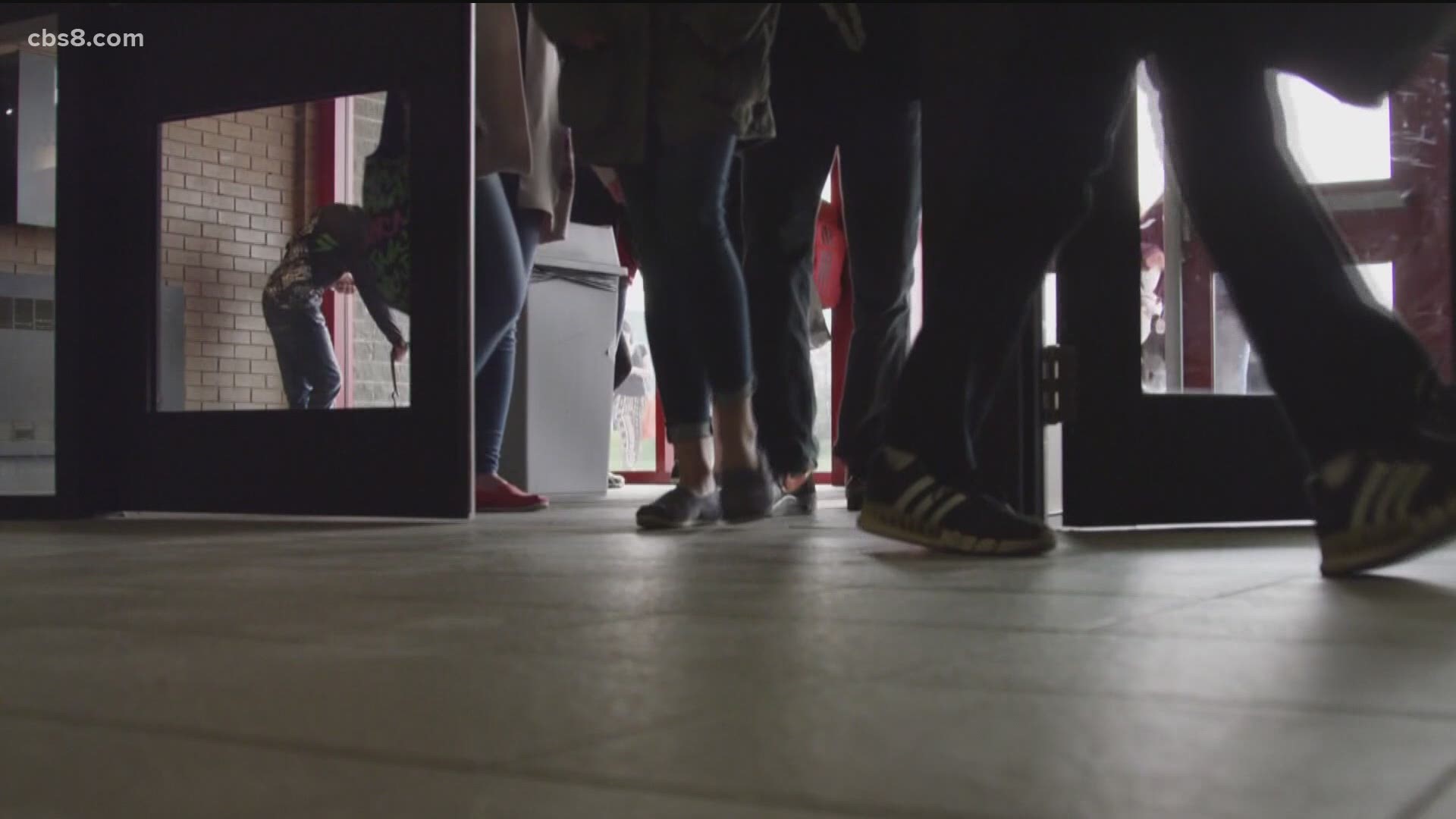 SAN DIEGO COUNTY, Calif. — It's being called a "Back-to-School Backlash" as parents and students in the San Diego Unified School District and Carlsbad School District said they're fed up with their schools staying closed.

On Tuesday, many of those families gathered for a rally in support of reopening.
There were still some of the signs left from Wednesday's rally, one of them saying "Defund the Union."

Parents rallied Wednesday on what was the first day of small, appointment-based sessions at San Diego Unified. They said they want all students back in the classroom.

On Tuesday, the district sent out information on a series of Zoom presentations for parents that will give more information on what's currently appointment-based education. They said the sessions will allow parents a chance to catch up on information, provide input or ask questions. The first session begins Wednesday, Oct. 14 at 5:30 p.m.

Calling all parents! Join the district's first “Parents as Partners” Zoom Session. This new series allows parents a chance to catch up on info, provide input or ask questions! Dial in for the first session tomorrow at 5:30pm! Check the flyer to see how to join the call.#BetterSD pic.twitter.com/eijX4xAOK8

In Carlsbad, the same call to go back to school came from parents as the district pushed back a return to the classroom for middle school and high school students to January of next year. In a meeting scheduled for Wednesday, the district is expected to reassess those plans.

District leaders with both San Diego and Carlsbad Unified said their re-opening plans align with advice and data from the department of health. The sessions currently underway allow for only a small percentage of the districts roughly 100,000 students back in the classroom with the rest remaining virtual.

You can watch Wednesday's virtual meeting here. It starts at 6 p.m.

The virtual meeting comes as many parents are becoming increasingly frustrated. Right now, only elementary school students are back inside in-person classrooms on a hybrid model.

Many parents within the district feel like that's not enough, telling News 8 they want the board to do more to give all students a chance to go back to school.

"We know it can be done safely," said Scott Davison. "We know the value of our kids back in class."

Like many Carlsbad Unified parents, Davison is frustrated, saying while his 8th grader was initially promised a start date of Oct. 13, the board recently pushed it back to January, with few details released.

"They didn't even make a decision as to what kind of plan would happen in January to get them back, so as far as we know, there's no way to even get them back in January for the rest of the school year," said Davison.

Sharon McKeeman is just as concerned. She said when it comes to distance learning, her two high schoolers are struggling.

"We're seeing the learning loss and this can't go on indefinitely," said McKeeman.

Right now, only elementary school students have been allowed back inside classrooms on a phased, hybrid model.

Regarding older students, district officials have said they plan to resume some extracurricular activities this month, but hold off on a return to in-person learning until next year saying, "We understand the impact of socialization and human connection on the mental and emotional health of our students, and we're doing our best to balance that with the very real public health concerns stemming from continued COVID-19 virus transmission."
Still, that's not enough for many families who have held rallies calling on the board to come up with a better solution, citing other districts that have successfully welcomed all students back.

"We know it can be done safely," said McKeeman. "We're seeing other districts doing it."

As far as any new reopening plans, it's unclear what, if anything will be announced.

“There's a lot of parents that really understand that their children need to be back in school," said McKeeman.