The incident took place Saturday at the Starbucks located on North Magnolia Avenue in Santee. 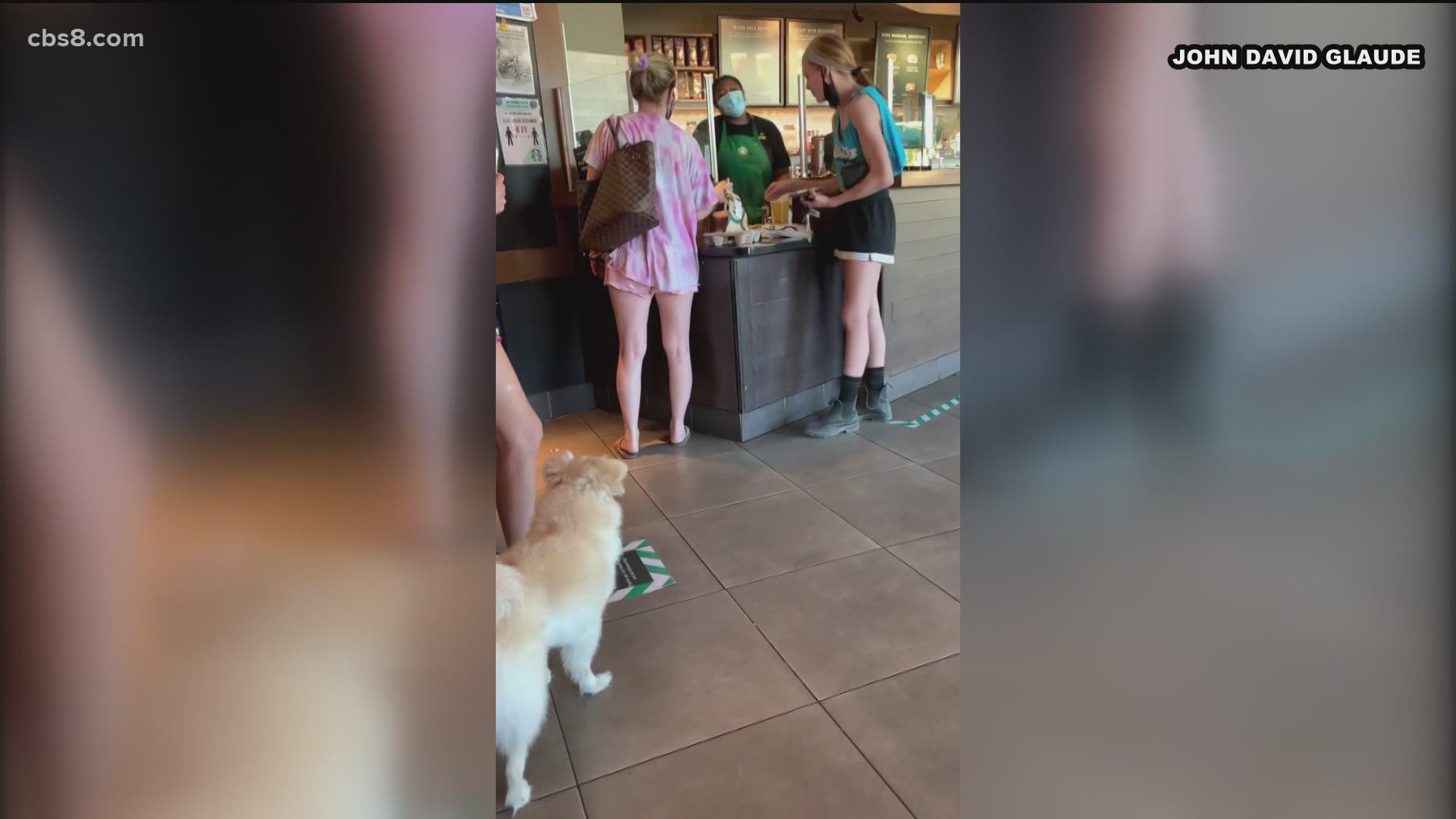 SANTEE, Calif. — WARNING: The following video contains graphic content that may be disturbing to some viewers.

A Santee Starbucks barista was berated by a customer who refused to keep her mask on inside the store. A video posted on social media shows the customer yelling at the barista. The video has now been shared more than a million times.

The incident took place on Saturday at the Starbucks located on North Magnolia Avenue in Santee.

The barista named Alex Beckom, who is Black, tried to tell the woman to put her mask on the next time she comes into the store, but the woman pulled her mask down and began to yell at Beckom as she walked out of the store.

Starbucks said it has instituted a mask wearing policy to protect customers and their employees. In fact, it's been in place since July 15. But for whatever reason this unknown woman scolded the employee in this video and it's since gone viral.

Beckom isn't letting this be an entirely negative story. She's using the attention from the encounter to raise tip money. Beckom is a college student and says she'll be using the money for books and school supplies. Beckom said 25% of the money raised to her Venmo account will go to the store as well.

Alex did respond to some of the things in the video and started a GoFundMe page for "Tips for Baristas who dealt with SD 'Karen'."

She asked, “What does Black Lives Matter have to do with COVID?” And points out that President Trump was diagnosed with COVID and then asked, “How then could this be a hoax?”

News 8 reached out to Starbucks and spoke with a corporate manager who said this type of behavior is not tolerated in their stores and that they are looking into the matter.

"We expect our partners and customers alike to foster a welcoming environment, and this behavior is certainly not welcome in our stores. Our focus right now is providing support to our partner who demonstrated tremendous composure during a very difficult interaction," Jory Mendes Sr. Manager, Corporate Communications | Starbucks Coffee Company.

Back in June, News 8 covered a story about a San Diego woman’s social media post shaming a Starbucks barista for telling her to wear a mask that backfired. Lenin Gutierrez, the Starbucks barista, thanked the thousands of people who donated more than $12,000 to a GoFundMe to tip him after the woman berated him on social media for telling her to put on a mask inside the Clairemont coffee shop.