The study says this new strain appeared in Europe before migrating to the U.S. East Coast and could have a serious impact on developing a vaccine. 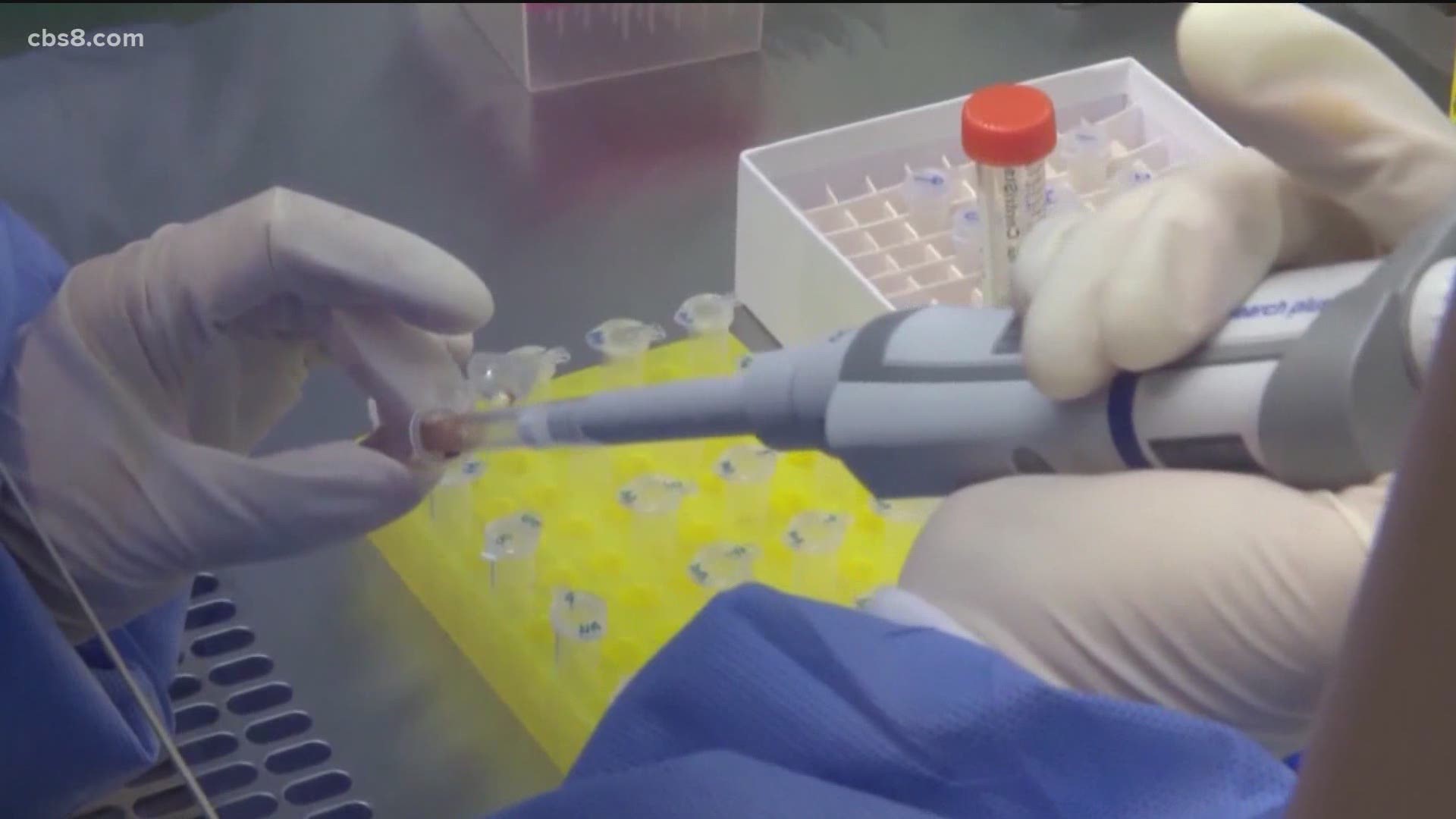 Scientists have published a new study that has identified a new strain of the coronavirus that appears to be more contagious than the earlier versions. The study says this new strain appeared in Europe before migrating to the U.S. East Coast and could have a serious impact on developing a vaccine.

“It became very evident that this new mutant form of the virus was spreading rapidly,” said Dr. David Montefiori, a researcher at Duke University.

Montefiori is part of the team of scientists behind the 33-page study titled "Spike mutation pipeline reveals the emergence of a more transmissible form of SARS-CoV-2," where his team identified 14 mutations in spike that are accumulating, and says that spike is of urgent concern.

"The mutation occurs in a piece of the virus called the spike protein, that's the protein that's in all the vaccines right now,” Montefiori said.

The scientists believe a new strain of the original coronavirus in China is now dominant across the world. They said it's more contagious than the early versions and may make people more susceptible to a second infection. The research finds it appeared in February in Europe. It stated Italy was one of the first countries to see the new virus then the state of Washington was the first state in the U.S. to get hit with the original strain by late February, and a mother later, the mutated strain dominated.

Scientists said New York was hit by the original virus in March, and within days, a mutated strain hit the area hard. The researchers did not have results for California.

“This is an RNA virus and it mutates very rapidly,” said Dr. Jane C. Burns, director of the Kawasaki Disease Clinic at Rady Children's Hospital and at the Research Center at UC San Diego.

Dr. Burns says researchers are trying to identify which new strain came from which location.

“Perhaps we have a different strain of the coronavirus here that ours is more of the Asian strain, and on the East Coast, based on sequence data, it is the Italian strain,” Burns said.

Dr. Montefiori says the mutation has been identified in the spikes on the exterior of the coronavirus, which allow it to enter human respiratory cells.

"That's how it attaches to cells and gets into cells,” Montefiori said.

He said if you were already infected with COVID-19, that's the spot where your antibodies would block the virus from infecting you again, but with this mutation, your immune response might not be strong enough. If the virus spread doesn’t decrease in hotter weather, the study says the virus could undergo more mutations which could drastically impact treatment.

“We're concerned that the mutation in this new form of the virus will be a problem for the current vaccines,” Montefiori said.

Still, scientists' reactions to the study have been mixed. The report was based on analysis of more than 6,000 coronavirus sequences from around the world.