The data on stockpiling will come as no surprise to California residents, who continued to make a run on supermarkets Friday. 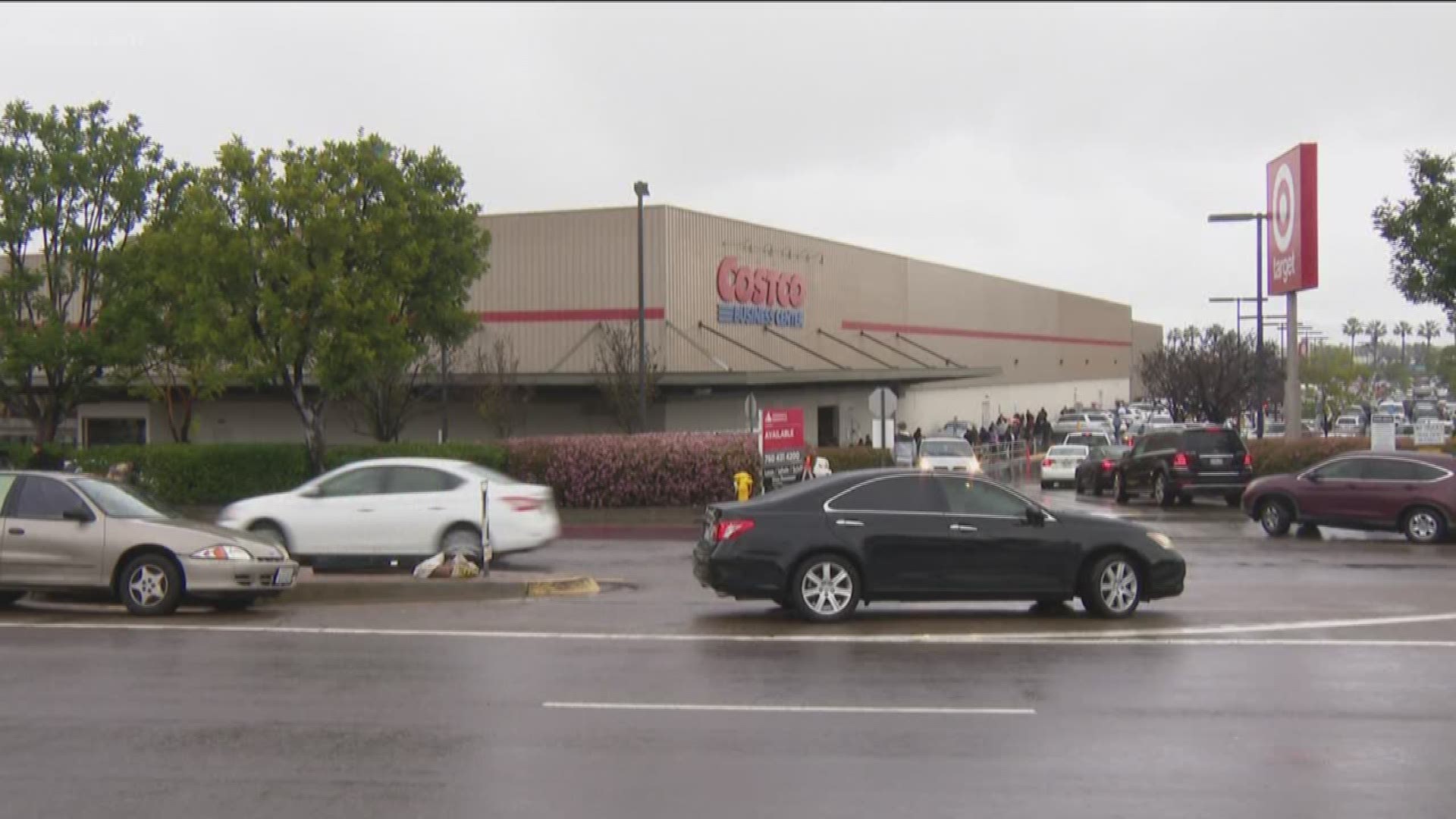 CALIFORNIA, USA — A new study from USC researchers says many people in the United States are changing their daily behaviors in light of the coronavirus pandemic, with many experiencing economic anxiety while anticipating that the crisis will get worse before it gets better.

Among the measures people are taking are increased hygiene, social distancing and stockpiling food and water, and many people are worried about the prospect of having to work from home, according to the study, conducted by the USC Dornsife Center for Economic and Social Research and the USC Schaeffer Center for Health Policy and Economics.

"The coronavirus is both a health threat and an economic threat," said USC professor Daniel Bennett, a research assistant professor of economics at the Dornsife Center. "The social distancing measures that are needed to limit transmission will also cause a lot of hardship. Many people do not feel that they can work remotely."

Of those with jobs, 59% said they would have difficulty working from home.

When asked what they have been doing in the last seven days to keep themselves safe from the coronavirus:

-- 85% said they have been washing their hands or using hand sanitizer more frequently;

-- 61% of the sample reported engaging in various forms of social distancing; the most common strategy (practiced by 45% of people) was to avoid contact with high-risk people;

-- 6% say they have canceled or postponed a medical appointment;

-- 22% say they have been stockpiling food and water.

"It looks like most people are taking some action," said Bruine de Bruin, a USC Provost professor of public policy, psychology and behavioral science. "But not everyone is reporting that they are stepping up handwashing, which seems like a potential concern unless they were already perfect at handwashing."

The survey was conducted from March 10-12, and is a sample of 2,436 U.S. residents. It is preliminary, with full results to be released in the coming weeks.

The data on stockpiling will come as no surprise to California residents, who continued to make a run on supermarkets Friday. Lines were extraordinarily long, and shelves at many stores were empty, with canned goods, frozen food, water and toilet paper among the most sought-after items.