The funds are a part of America’s Rescue Plan and the county will receive half the money now and the other half next spring. 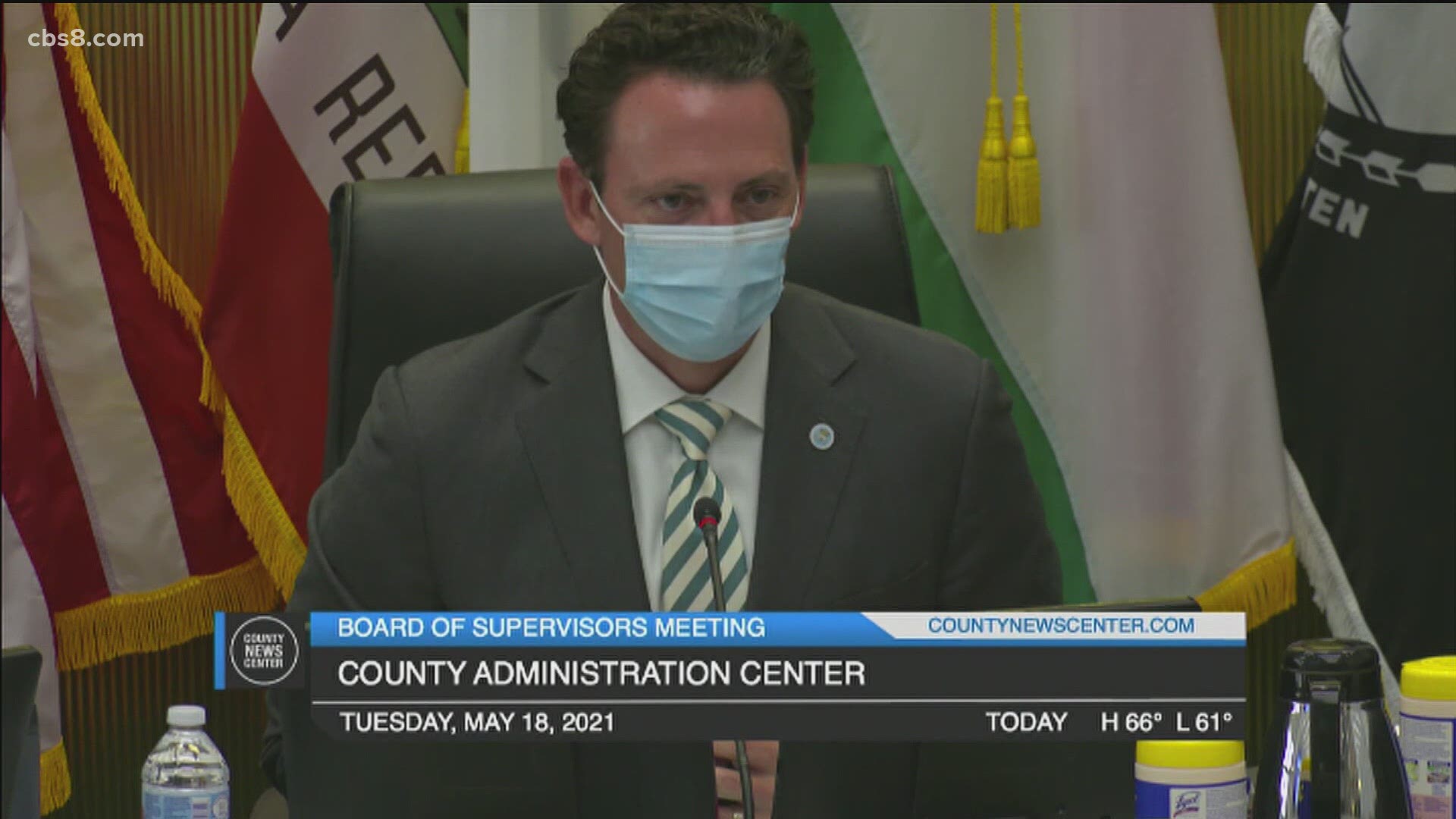 SAN DIEGO — On Tuesday the San Diego County Board of Supervisors will decide how they will distribute nearly $650 million in federal funds. The funds will be aimed to help families and businesses who were impacted by the pandemic.

The funds are a part of America’s Rescue Plan and the county will receive half the money now and the other half next spring.

As of right now, a staff plan would put half of the money or more than $300 million towards COVID-19 response which could include testing and vaccination efforts. The board has also categories for how they want to prioritize the money.

Some of the plans that were put forth include a plan that would fund grants of up to $6,000 of rent or mortgage payments to first responders and military families. Another plan that could be funded would give diners a 50% discount on all their meals. The county would then reimburse the restaurant. Another plan that could see some money is one that would waive fees that parents would pay in order for their children to play youth sports.

The next largest portion in the proposal would be $85 million towards homeless services. Small businesses could potentially see $50 million as well.

Tuesday’s meeting is expected to begin at 9 a.m.

The full agenda for Tuesday’s meeting can be found here.