The effects of the groundbreaking trial are being studied by experts at UCSD in a partnership with Johns Hopkins University. 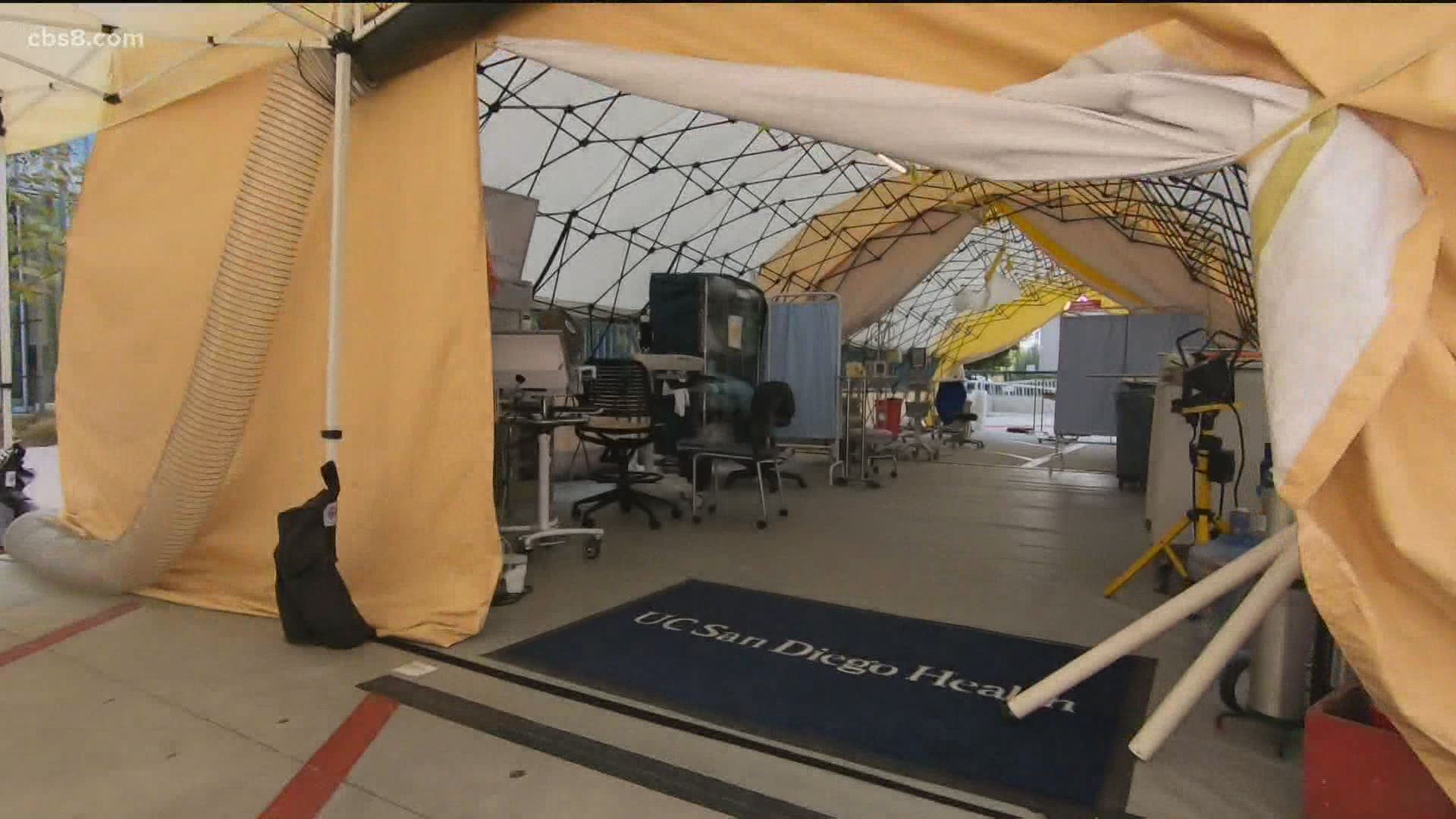 SAN DIEGO COUNTY, Calif. — A century-old treatment is being used in a never-before-seen way. Convalescent plasma is now being injected into people who've been exposed to the coronavirus but aren't testing positive yet. The effects of the groundbreaking trial are being studied by experts at UC San Diego in a partnership with Johns Hopkins University. However, they need more people to take part.

When Dr. Jonathan Orens' daughter flew home from California to the East Coast, she took every precaution she could think of.

"She had quarantined. She wore a mask. She cleaned her hands regularly," said Dr. Orens.

The plan was for everyone to meet a new baby in the family, but before that, Orens said, "we thought it would be a good idea to get her test. Get all of us tested a few days after she arrived. And to our surprise, she was positive."

A colleague at Johns Hopkins University suggested that Orens and his wife take part in a clinical study for people who've knowingly been exposed to the coronavirus.

In the study, the person is injected with convalescent plasma. Basically, it's a dose of antibodies coming from patients who've already recovered from the virus.

He said patients who qualify for the trial come to the tent and either get convalescent plasma or a placebo transfusion that takes about 90 minutes from start to finish.

The day News 8 visited, there were no patients in the tent - and that's the problem. They need more people who've been exposed to the virus to take part.

If the therapy works, Cachay said it could prevent people from getting sick and prevent hospitalization.

If this study works, a patient who has knowingly been exposed to the coronavirus but hasn't gotten sick yet could go to a place as simple as an urgent care or minute clinic and get a plasma transfusion.

"The people who got more antibodies were less likely to die and they had shorter illnesses and we are trying to confirm that," said Dr. Daniel Hanley, the clinical trial scientist and director of the study with Johns Hopkins University.

He said a Mayo Clinic study of 30,000 people who were injected with the antibodies had promising results. But this new study is the gold standard of trials.

It's a randomized double-blind controlled clinical study which means neither the doctor nor the patient knows if the person is getting the plasma or the placebo.

When will they know if convalescent plasma works?

"If we had more of the eligible patients signing up, we could know by the end of the year or January," said Hanley.

And the experts in San Diego say that's exactly the mission.

"It will be a very important bridge until we have a vaccine," Cachay said.

One big question is how long would the antibodies work for after being injected? The researchers are still looking into that but right now they think the antibodies would stay in a person's system for at least six to eight weeks.

If you have been exposed to the coronavirus, researchers at UCSD want to talk to within 96 hours of your exposure. You can call them at 888-506-1199 or visit covidplasmatrial.org.