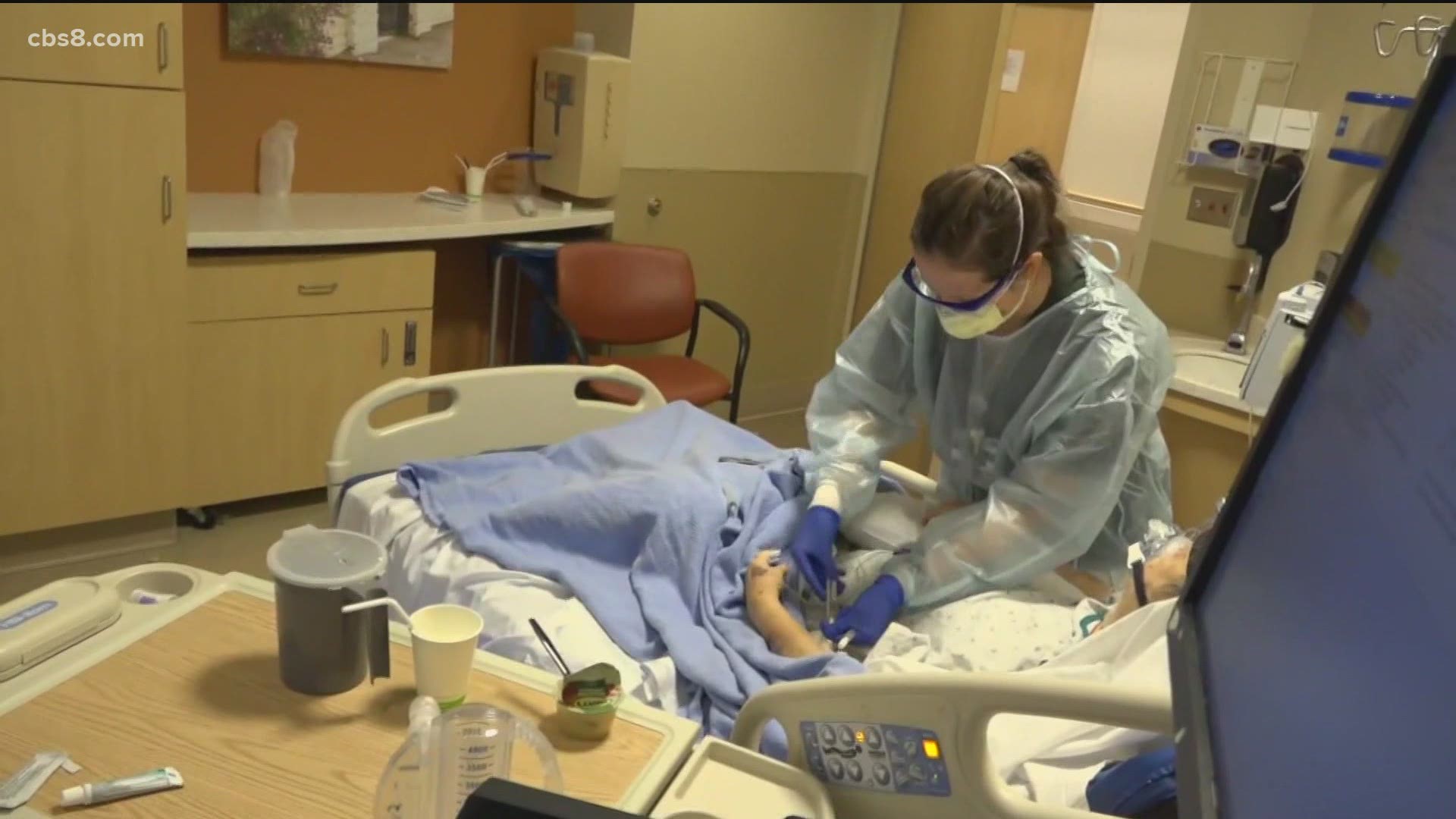 SAN DIEGO COUNTY, Calif. — As COVID-19 restrictions across the county loosen, some health officials are warning that this could contribute to an explosion in the number of coronavirus cases.

Their concerns center around the increasing prevalence of a more contagious, and possibly more lethal, variant of coronavirus that first appeared in the United Kingdom and is now on track to become the dominant strain here in San Diego.

This comes as a new study is released by the Scripps Research Translational Institute, which finds that one out of three people who are infected with coronavirus will never have any symptoms.

"About half of all infections are caused by people who, when they spread the virus, actually have no symptoms at that moment," said Daniel Oran, an author of this new report, warning that this absence of symptoms has been a huge driver of the pandemic.

"Especially with these new more transmissible strains circulating, " Oran added, "this really is a challenge."

By analyzing data sets from around the world, @danieloran and @EricTopol of @ScrippsRTI show that #asymptomatic #SARSCoV2 infections account for approximately 1 in 3 cases. This emphasizes the need for more widespread and frequent #testing https://t.co/od0czjY8Kw #COVID19

Those COVID-19 variants include the more contagious strain originating in Brazil, which has now been confirmed in an American traveler returning home from there to Minnesota, as well as the South African strain, which has not yet been detected in the U.S..

Health officials said that the vaccine may not be as effective against this more contagious variant.

"Down the pipe, down the line, we may need to modify and upgrade the vaccines," Dr. Anthony Fauci said earlier this week. "We don't need to do that right now."

California also has its own homegrown strain, known as CAL-20-C. Researchers say it's more contagious and it's now responsible for over 40% of all infections in the Southern California.

The COVID-19 variant originating in the United Kingdom, also known as B-1-1-7, Is the one causing greater concern here in San Diego County. It is believed to be 50 to 70% more transmissible than the original strain.

"There is some emerging data that that B-1-1-7 is more lethal, so we could see more deaths now, so we could expect to see more deaths than we're seeing now for every case," said Dr. Natasha Martin, UC San Diego infectious disease modeler when she spoke before the County Board of Supervisors.

Martin warned that the "UK variant," with 87 confirmed cases countywide so far, is on track to become the dominant strain in San Diego County in a matter of weeks, especially as restrictions are now beginning to loosen.

"I can not stress this enough. With the emergence of B-1-1-7 and other strains, now is the time to double down on reducing transmission and expanding vaccination, and we need to be extremely cautious about re-opening and monitoring the situation closely," Martin added.

To protect against the new variants, the CDC is now asking all Americans to spend less time at grocery stores, to wear double masks, and to continue social distancing as much as possible.