Dana Carroll's next mission: to hug his grandkids and great-grandkids for the first time in more than a year. 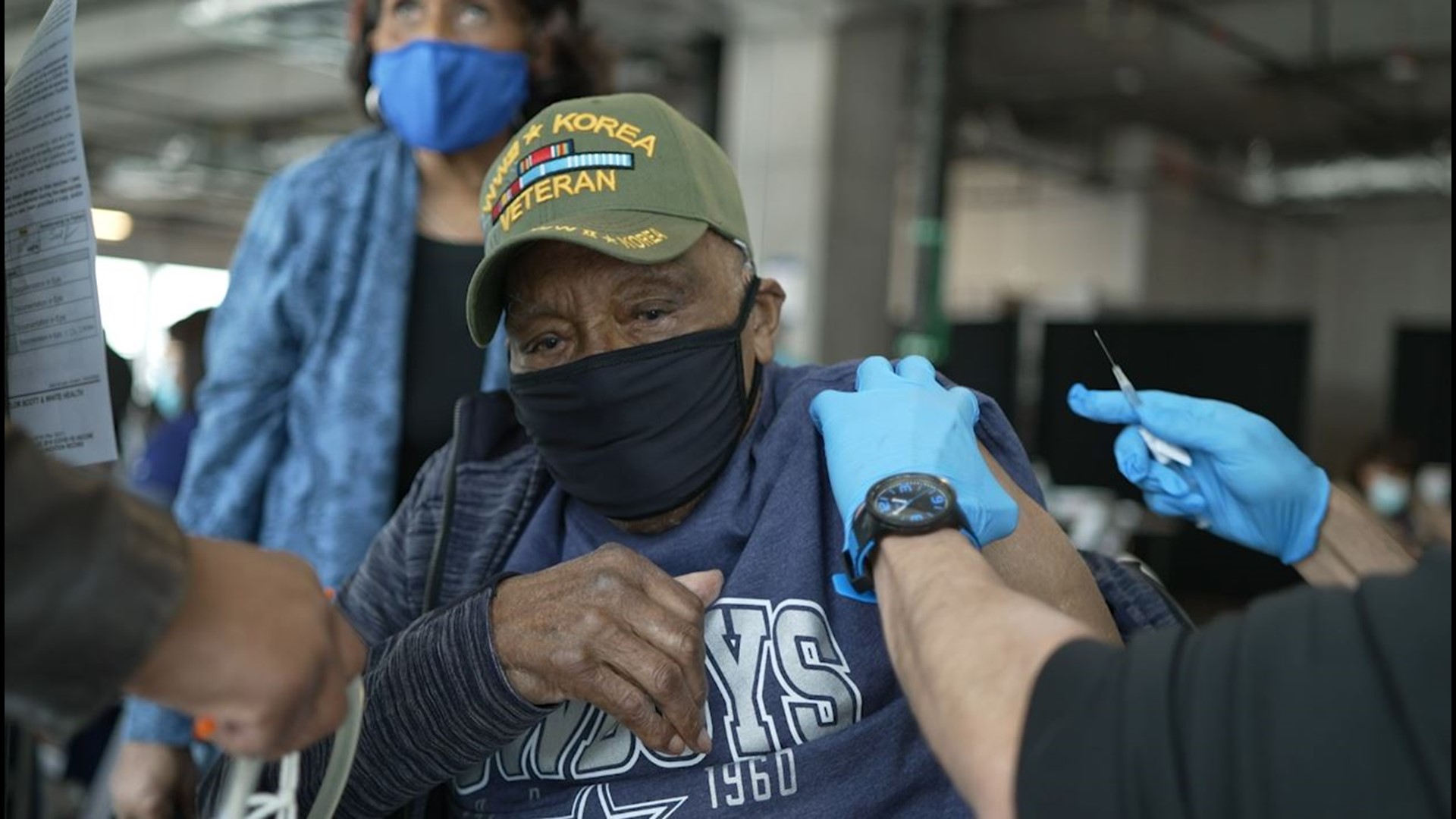 FRISCO, Texas — As millions of Texans, anyone above the age of 16, now qualify for their chance in a COVID vaccine line, Gwen and Dana Carroll of Frisco are celebrating the shots that finally came for them: vaccinations that arrived in their respective ninth and tenth decades.

Dana Carroll is a World War II veteran and a Korean War veteran awarded the Purple Heart during his 20 years of active duty service. He is a bit hard of hearing now, with Gwen sometimes translating for him, as she did after their vaccination appointments at Baylor Scott & White Sports Therapy & Research at The Star in Frisco.

Dana Carroll served from 1942 until he retired from the Army in May 1963. He credits military service with saving his life, giving him direction after a difficult childhood. He traveled the world, serving in Europe and Asia in a construction battalion. But COVID, his wife said, made them prisoners in their own home.

"We have great-grandchildren and grandchildren and we've almost seen nothing of them," she said of the nearly one year now since they felt safe enough to hug and kiss the youngest members of their family.

So after they received their vaccinations, Gwen explained their relief perhaps better than anyone ever has before.

"Well, we have been almost totally isolated. It's sort of contributed to our mental health," she said. "We haven't been able to go to church or any restaurant.  So this is like a godsend," she said of the vaccinations. "We were at the point I think of breaking. We were so excited to know that finally help has come."

Help finally arriving for a man who helped serve his country, whom Gwen has to admit is somewhat of a local celebrity.

"Including at church," she said. "All the men want to be like him. He's a real role model. And I've never met a man like him."

A 102-year-old man, and his 91-year-old wife, now with protection from COVID, and whose next mission is to hug all those grandkids and great-grandkids again.