Americans in Baja, Mexico can get vaccinated in San Diego

County asks state for larger vaccine allocation to compensate for increased demand from those living outside the region. 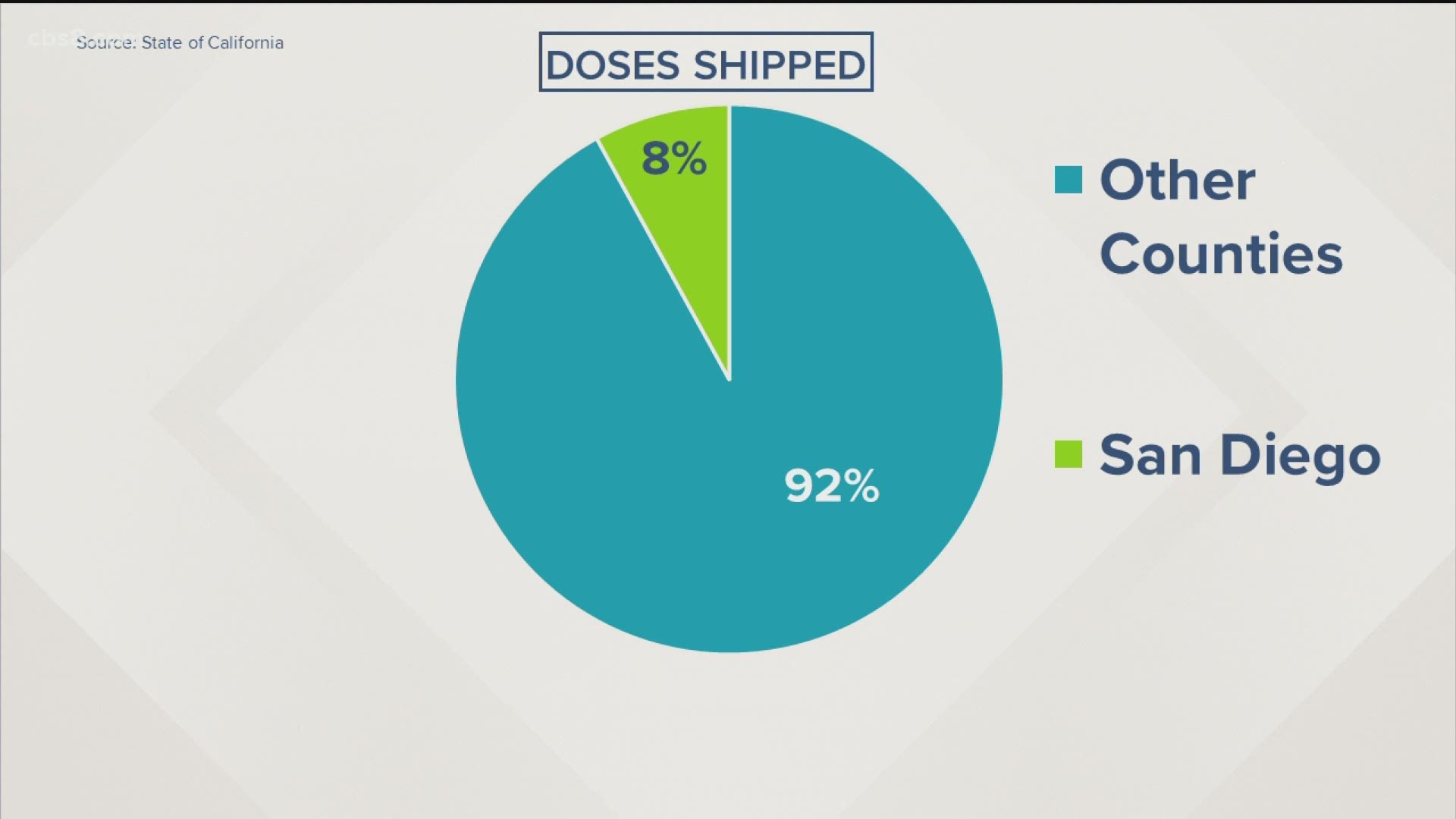 SAN DIEGO COUNTY, Calif. — San Diego County has requested the state allocate more coronavirus vaccines to compensate for the number of people from outside the county who get their healthcare locally or work in the county. San Diego hospitals and health care centers are often used by Americans and legal permanent residents who live in Baja California or elsewhere in Mexico.

“We're requesting additional vaccines from the state to compensate for that fact, to say not only do we have the population that you show on paper for San Diego County, but we have a sizable number of U.S. persons or legal permanent residents who routinely cross the border to work in San Diego County,” said Supervisor Nathan Fletcher.

Vaccines in San Diego County are available by appointment only to health care workers and adults 65 and older. The county said it requires proof recipients work or live in San Diego at its sites. Health care providers with their own allocation have traditionally limited vaccines to existing patients, regardless of where they live, so long as they meet the latest eligibility guidelines.

Currently, California allocates vaccines based on a county’s population. Early vaccine distribution data showed San Diego received about 8% of available vaccines, which is proportional to its population. However, data from the county and state indicates San Diego has distributed 11% of all vaccines given in California.

The California Department of Public Health did not respond to inquiries from News 8 about whether it would consider the county’s request and Secretary Mark Ghaly, who leads the California Health and Human Services Agency did not call on News 8 during a media conference with reporters Tuesday.

Ghaly did, however, say the state is working to equitably distribute the vaccines to high-need communities.

“The metrics we’re going to look at are rates of vaccinations in the hardest-hit communities, our ability to keep supply going to the communities based on our allocation strategy,” said Ghaly. “In terms of specific amounts, [it’s]not clear. Frankly, I think the state’s attitude is we do what we need to do to get as many people in hard-hit communities vaccinated. So, we’ll be working on that.”

California is expected to reshuffle its vaccine phases and tiers over the next few weeks and implement a new allocation strategy.

Instead of distributing vaccines based on a person’s occupation, the state will only consider a person’s age after Phase 1B – Tier 1 is complete. California will also require all counties to move through the phases and tiers together. This may mean redirecting doses from counties that have met the current phase to those that are behind, such as those that are struggling to meet the demand of seniors.

“Right now, we know counties are in different places based on the types of events and providers in their network. This is one of the benefits of a consistent statewide network where we can monitor and be able to support to ensure all areas are able to vaccinate all eligible populations,” explained Ghaly.

The new distribution plan was subjected to significant pushback from some organizations that advocate for people with pre-existing conditions because it did not consider a person’s health. Ghaly said on Tuesday the state may make changes before the plan is rolled out under its equity guidelines although no specific timeline was announced.

“We are leading our vaccine effort by focusing on protecting those who have the highest risk and those who may suffer the worst consequences from COVID,” said Ghaly. “[We’re] beginning to galvanize around a policy that we will announce later that brings together an opportunity to vaccinate those individuals all the in same vain where we focus on those older Californians and those with the most significant exposure so that we can continue to save lives in California.”