As vaccination increases and disease spread slows, counties will be able to move through tiers more quickly with modestly higher case rates. 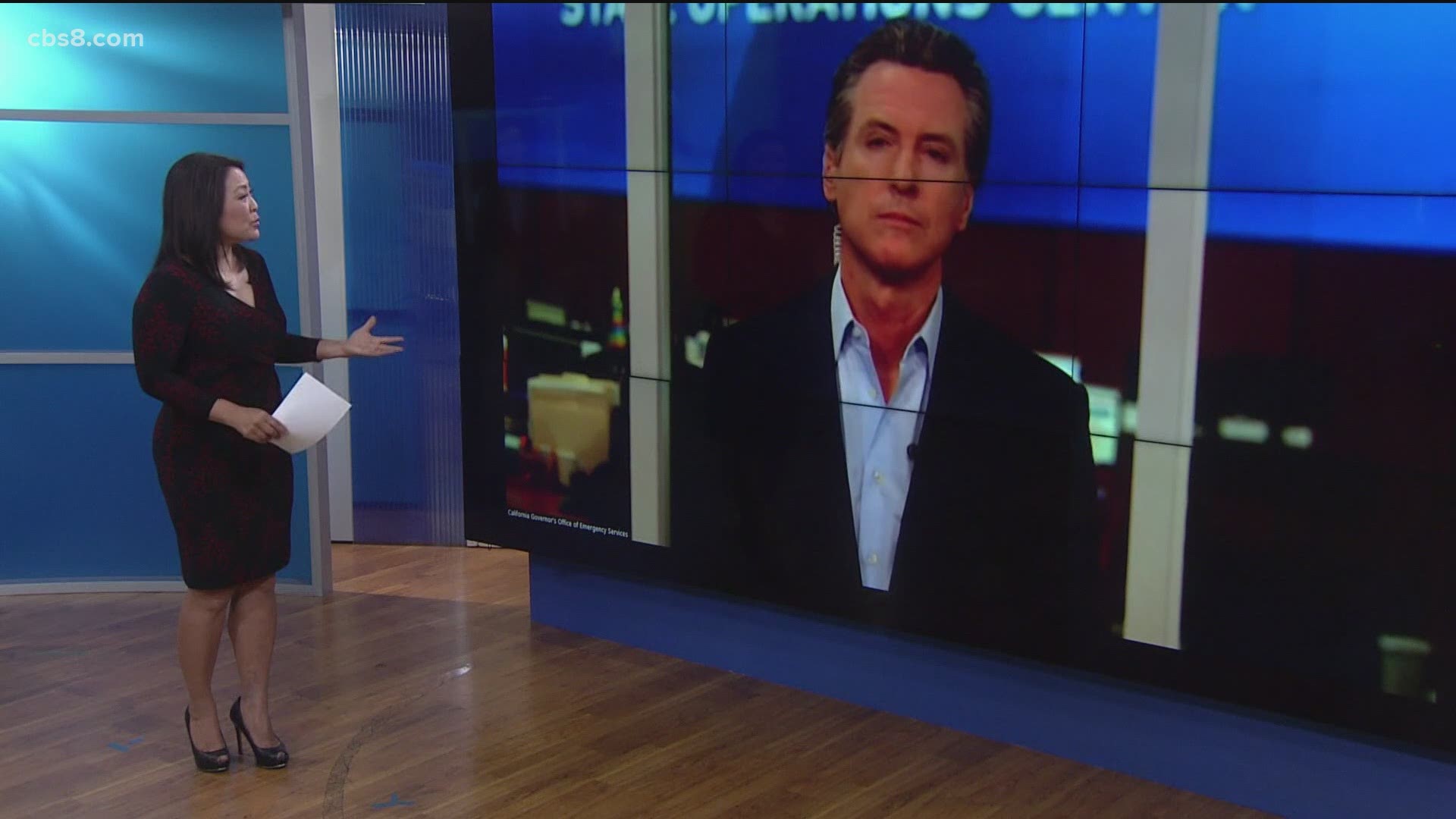 SAN DIEGO — Governor Newsom spoke one-on-one with News 8's Marcella Lee Thursday after giving an update on the state's commitment to health equity in combating the COVID-19 pandemic earlier in the day.

California will begin setting aside 40% of all vaccine doses for the state's most vulnerable neighborhoods to inoculate people most at-risk from the coronavirus more quickly.

California will distribute the doses among 400 ZIP codes, with about 8 million people eligible for shots. Once 2 million vaccine doses are given out in those neighborhoods, the state will make it easier for counties to move through reopening tiers that dictate what businesses can be open.

According to a release from the office of the Governor, the state's approach will continue to emphasize the use of masks and effective use of testing, contact tracing, quarantine and isolation.

RELATED: California to give 40% of vaccine doses to vulnerable communities

On Thursday, the state is making updates to the recommendations around mask use and when to consider double masking.

After the 2 million doses have been delivered, the state will update the current Blueprint for a Safer Economy.  The update will "allow for somewhat higher case rates in each tier, with an overall effect of allowing counties to loosen health restrictions at a somewhat accelerated, but still responsible, pace."

“San Diegans want to know when we will fall out of that purple tier and get into the red tier?” asked Lee.

“I anticipated all things being equal. Look, we're down to 2.1 percent positivity. It's among the lowest positivity rate in America. Just consider states like Texas five times higher positivity rate than the state of California,” said Governor Gavin Newsom. "And now we're approaching 10 million vaccines, which no state in the country has done. The positivity rate in San Diego is much lower than we've seen in some time, so you're very, very close. There are 12 additional counties, yours included, that are very likely to come out in the very, very near term in the next week or two."

The Blueprint will be updated again when 4 million doses have been administered in the vaccine equity quartile. 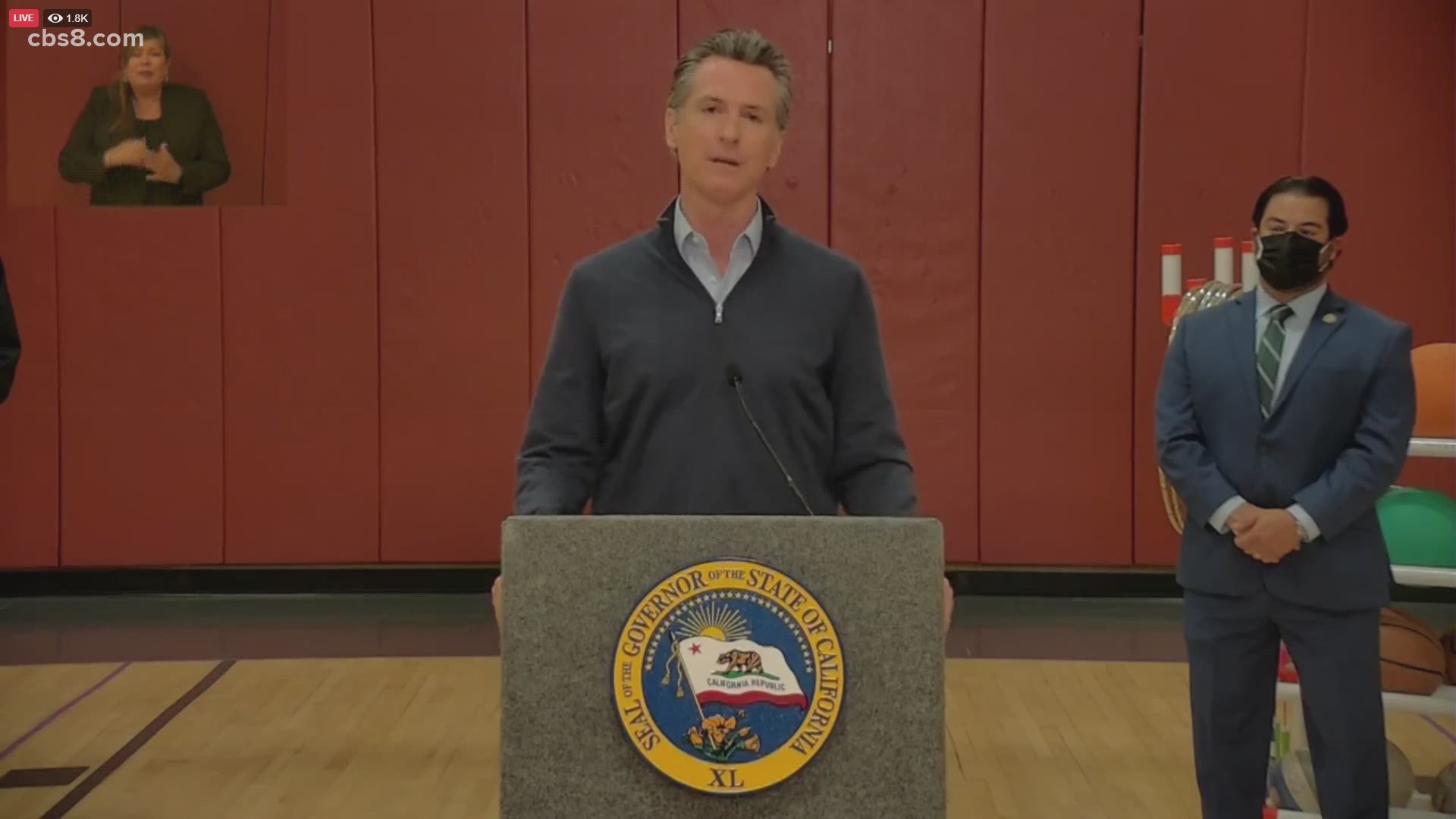 RELATED: Johnson & Johnson COVID-19 vaccine approved for use in California