Significantly more supplies could be arriving in early March, allowing frontline essential workers like teachers, law enforcement and food workers to get their turn. 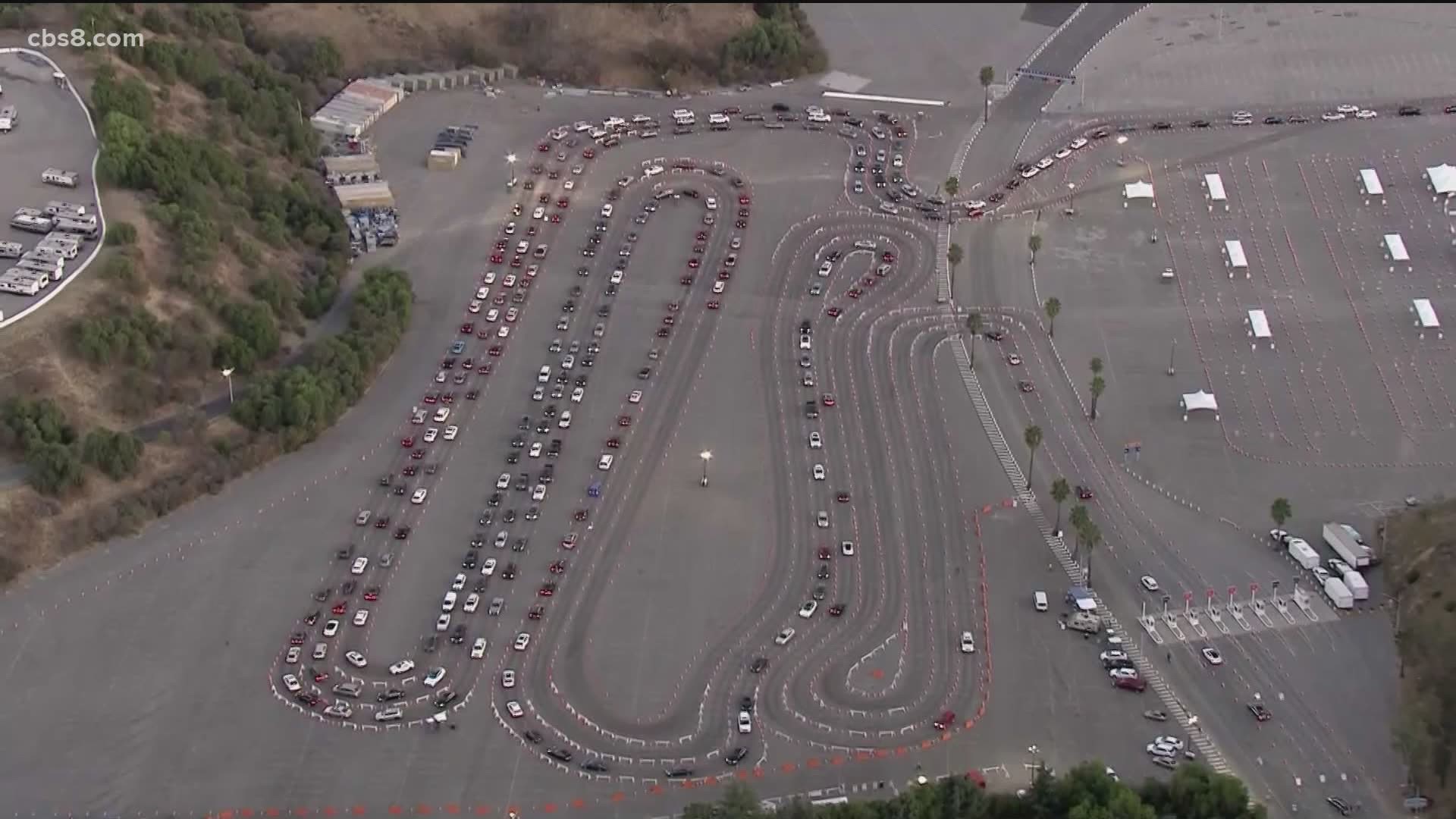 SAN DIEGO COUNTY, Calif. — While San Diego County is aggressively building up its network of vaccination sites, a systemic lack of vaccine doses continues to hold back its progress. On Thursday, though, President Biden announced he had secured enough vaccine for the entire nation, although producing and shipping out those supplies will take time.

This announcement came as infectious disease expert Dr. Anthony Fauci predicted that by April it will be what he is calling "open season" for COVID-19 vaccinations in the U.S.: that anybody in any category could begin to get their shots.

For the time being, however, the current lack of supplies is holding that process back.

That demand in San Diego still significantly outpaces the current supply. While the county continues to expand its network of vaccination super stations, with new ones planning to open in Del Mar and Vista, the limiting factor is the supply, according to Fletcher.

Earlier this week, county leaders learned that as of last Sunday, county-run vaccination sites had only about 15,000 doses on hand, with about 111,000 sent to health providers region-wide.

This week we are opening a new vaccination location in Del Mar and Vista.
For all of the news from today's briefing click here>> https://t.co/ci7C0OyICR #delmar #vista #CovidVaccine pic.twitter.com/gpKWhASaP7

"We could issue significantly more vaccines on a daily basis with the network we have built out," Fletcher added, "We just need the supplies to kick up."

On the federal end, the wheels are in motion. "We have now purchased enough vaccine supplies to vaccinate all Americans," said President Biden on Thursday

The president also announced that the U.S. has secured an additional 200 million doses. One hundred million of them that had been promised by June should now be delivered by May.

"That's a month faster," Biden added. "That means lives will be saved."

It is now a waiting game to produce and to ship out those doses.

In Los Angeles, a lack of vaccine has forced the temporary closure of several vaccine sites over the next couple of days.

"It is a little bit of hunger games out there," Los Angeles Mayor Eric Garcetti said. "This week we only received 16,000 new doses. That is down 90,000 from the week before. That is unacceptable."

As San Diego continues to vaccinate those 65 and over, those frontline essential workers in Phase 1b, including teachers, law enforcement and food workers are growing impatient to get their shots.

"We are probably at latest two to three weeks away from being able to move on to that tier," Fletcher said.

So far, San Diego is leading the state of California in the number of vaccines it has delivered: about 15,200 per 100,000 residents