Is it dangerous to get two different vaccine doses?

Trials are currently underway to see if vaccines are interchangeable 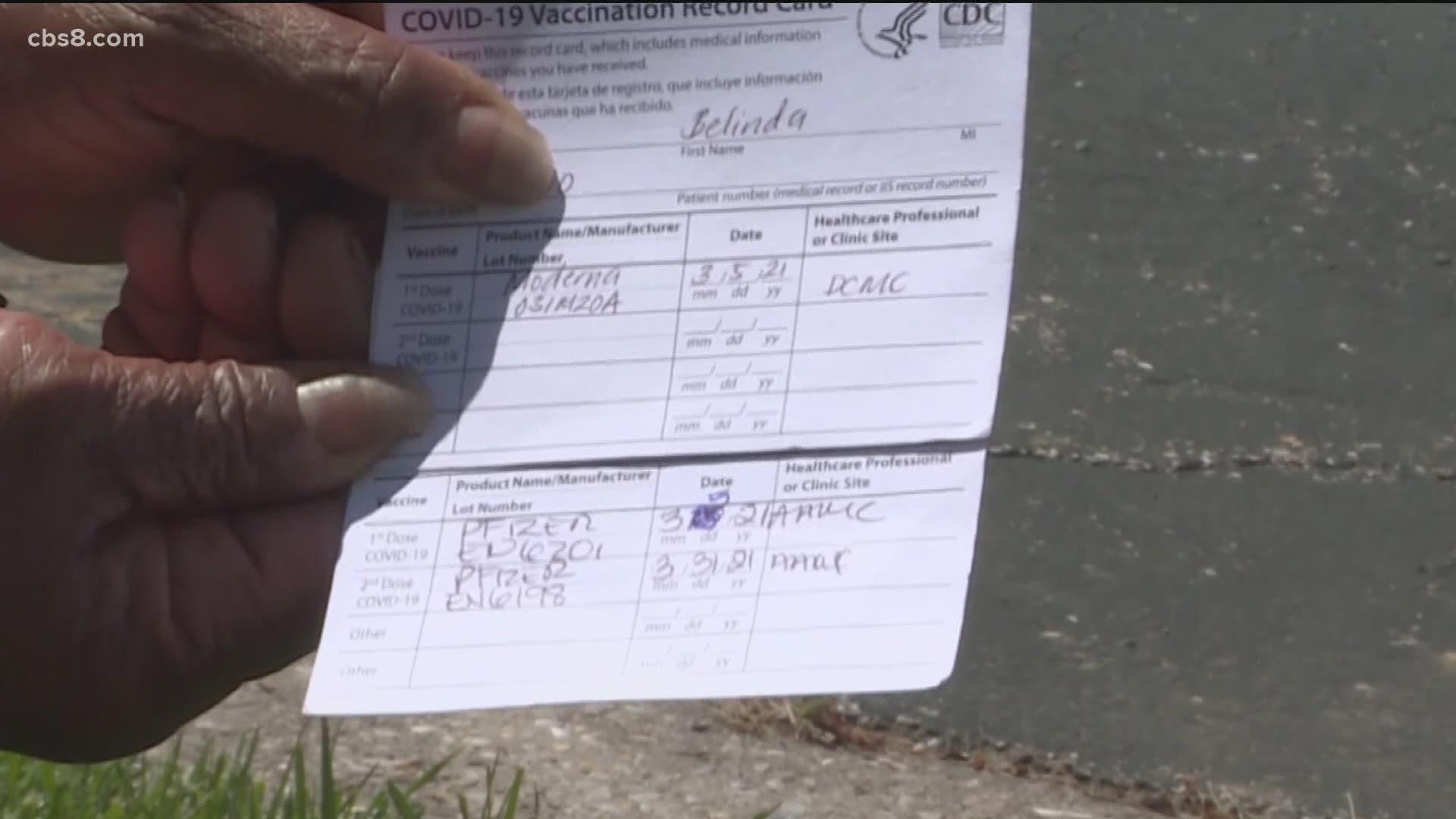 As the vaccination rollout continues, there have been some reports of people receiving a different vaccine for their second shot than their first.

A News 8 viewer sent us an email saying it happened to him at Scripps.

While there aren't statistics showing how often the mixing of vaccines happens, medical experts agree, it's pretty rare.

But, is it dangerous?

According to Dr. Millen:

"It's not recommended, of course, and we don't have enough data to say it's OK to do that in general, but in general if that has happened to you, there's really no need to be concerned."

There are no published reports citing severe side effects from this happening.

But, according to the CDC:

"The safety and efficacy of a mixed-product series have not been evaluated. Both doses of the series should be completed with the same product."

Trials are underway right now to see whether or not the vaccines are interchangeable.

So, at this point, no one can say for certain if mixing vaccines is OK.

How does it even happen in the first place?

In Belinda Young's case, it may have been a computer glitch. She forgot her vaccination card for her second dose appointment at a Maryland medical center.

She said a nurse there looked up her information on a computer, so she assumed she'd be getting the right vaccine.

This type of mistake can also be attributed to human error or if someone goes to a different place to get their second shot.

If this happens to you, do you need to start the vaccine series over? According to Dr. Millen, no and the CDC agrees.

“The fact they're saying if you get a mixed dose then it's OK to not go back and get that first dose again means they think it works well enough and again not really seeing any danger in it, but again I don’t recommend it. I would work really hard to make sure you're getting the right second dose," said Dr. Millen.

Dr. Millen suggests both taking a picture of your vaccination card, and writing down what vaccine you received.

Also, make sure you verify that information with your provider when you go in for your second shot.