The Food and Drug Administration’s scientists confirmed that overall the vaccine is about 66% effective at preventing moderate to severe COVID-19. 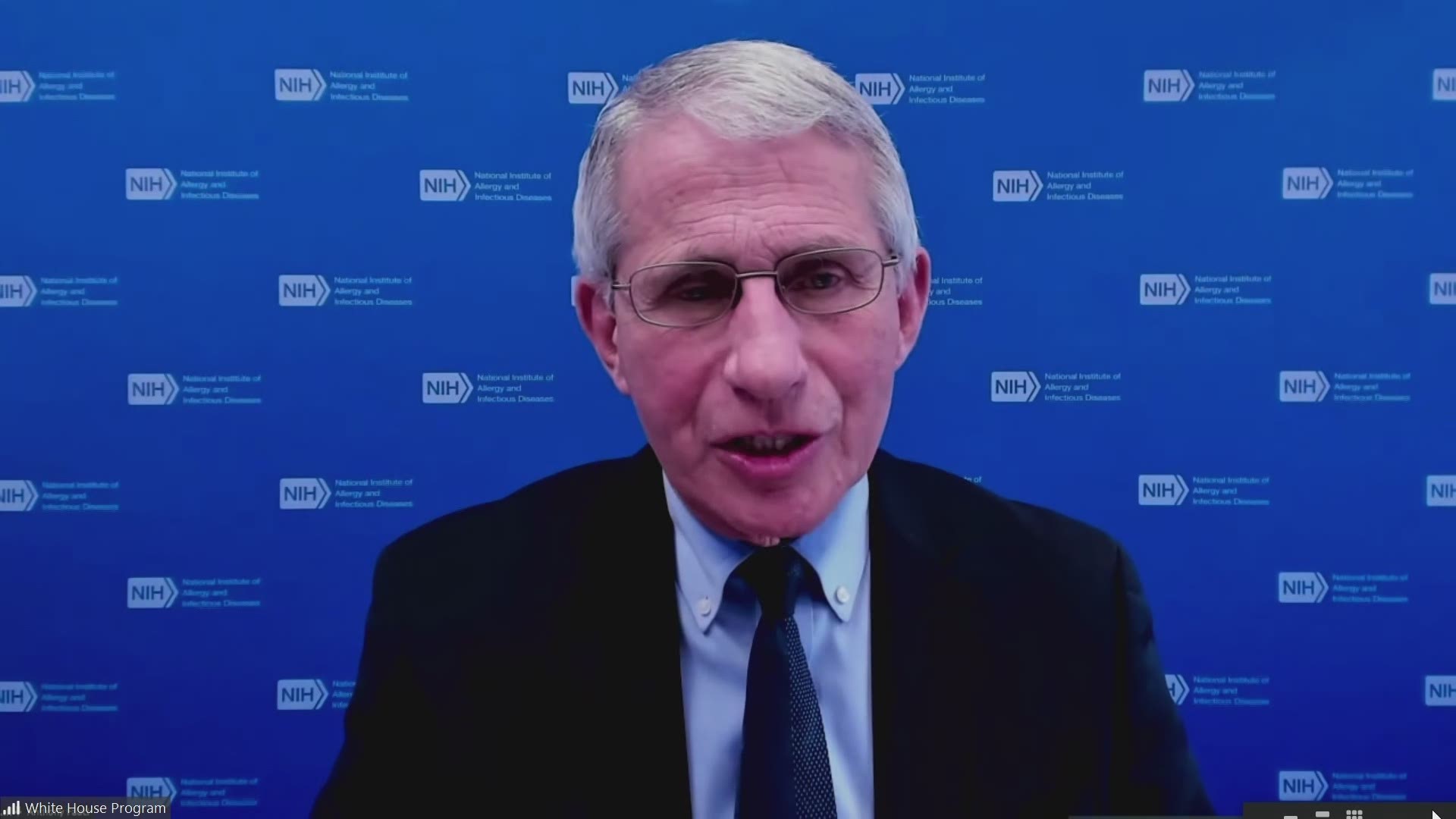 WASHINGTON — Johnson & Johnson’s single-dose vaccine offers strong protection against severe COVID-19, according to an analysis by U.S. regulators Wednesday that sets the stage for a final decision on a new and easier-to-use shot to help tame the pandemic.

The Food and Drug Administration’s scientists confirmed that overall the vaccine is about 66% effective at preventing moderate to severe COVID-19, and about 85% effective against the most serious illness. The agency also said J&J's shot — one that could help speed vaccinations by requiring just one dose instead of two — is safe to use.

That’s just one step in the FDA’s evaluation of a third vaccine option for the U.S. On Friday, the agency’s independent advisers will debate if the evidence is strong enough to recommend the long-anticipated shot. Armed with that advice, FDA is expected to make a final decision within days.

The vaccination drive has been slower than hoped, hampered by logistical issues and weather delays even as the country mourns more than 500,000 virus-related deaths. So far, about 44.5 million Americans have received at least one dose of vaccine made by Pfizer or Moderna, and nearly 20 million of them have received the second dose required for full protection.

RELATED: Biden on track to blow past goal of 100 million shots in 100 days

J&J tested its single-dose option in 44,000 adults in the U.S., Latin America and South Africa. Different mutated versions of the virus are circulating in different countries, and the FDA analysis cautioned that it's not clear how well the vaccine works against each variant. But J&J previously announced the vaccine worked better in the U.S. -- 72% effective against moderate to severe COVID-19, compared with 66% in Latin America and 57% in South Africa.

The FDA said effectiveness and safety were consistent across racial groups, including Black and Latino participants.

While the overall effectiveness data may suggest the J&J candidate isn't quite as strong as the two-dose Pfizer and Moderna options, all of the world’s COVID-19 vaccines have been tested differently, making comparisons nearly impossible. It wouldn’t be surprising if one dose turns out to be a little weaker than two doses and policymakers will decide if that’s an acceptable trade-off to get more people vaccinated faster.

Like other COVID-19 vaccines, the main side effects of the J&J shot are pain at the injection site and flu-like fever, fatigue and headache. No study participant experienced the severe allergic reaction, called anaphylaxis, that is a rare risk of some other COVID-19 shots, although one experienced a less serious reaction.

The FDA said there were no serious side effects linked to the vaccine so far, although it recommended further monitoring for blood clots. In the study, those were reported in about 15 vaccine recipients and 10 placebo recipients, not enough of a difference to tell if the vaccine played any role.

RELATED: 'When do you pull the trigger?' | COVID-19 shots may be tweaked if variants get worse

RELATED: VERIFY: Wear two masks and know the tricks to a snug fit to stop COVID-19

J&J was on track to become the world's first one-dose option until earlier this month, Mexico announced it would use a one-dose version from China's CanSino. That vaccine is made with similar technology as J&J's but initially was developed as a two-dose option until beginning a one-dose test in the fall.

The Pfizer and Moderna vaccines now being used in the U.S. and numerous other countries must be kept frozen, while the J&J shot can last three months in the refrigerator, making it easier to handle. AstraZeneca's vaccine, widely used in Europe, Britain and Israel, is made similarly and also requires refrigeration but takes two doses.

If the FDA clears the J&J shot for U.S. use, it won’t boost vaccine supplies significantly right away. Only a few million doses are expected to be ready for shipping in the first week. But J&J told Congress this week that it expected to provide 20 million doses by the end of March and 100 million by summer.

European regulators and the World Health Organization also are considering J&J’s vaccine. Worldwide, the company aims to be producing around a billion doses by the end of the year.

The Associated Press Health and Science Department receives support from the Howard Hughes Medical Institute’s Department of Science Education. The AP is solely responsible for all content.