As many as several hundred vaccination appointments scheduled for Friday and Saturday at Petco Park were postponed, due to delayed vaccine shipments. 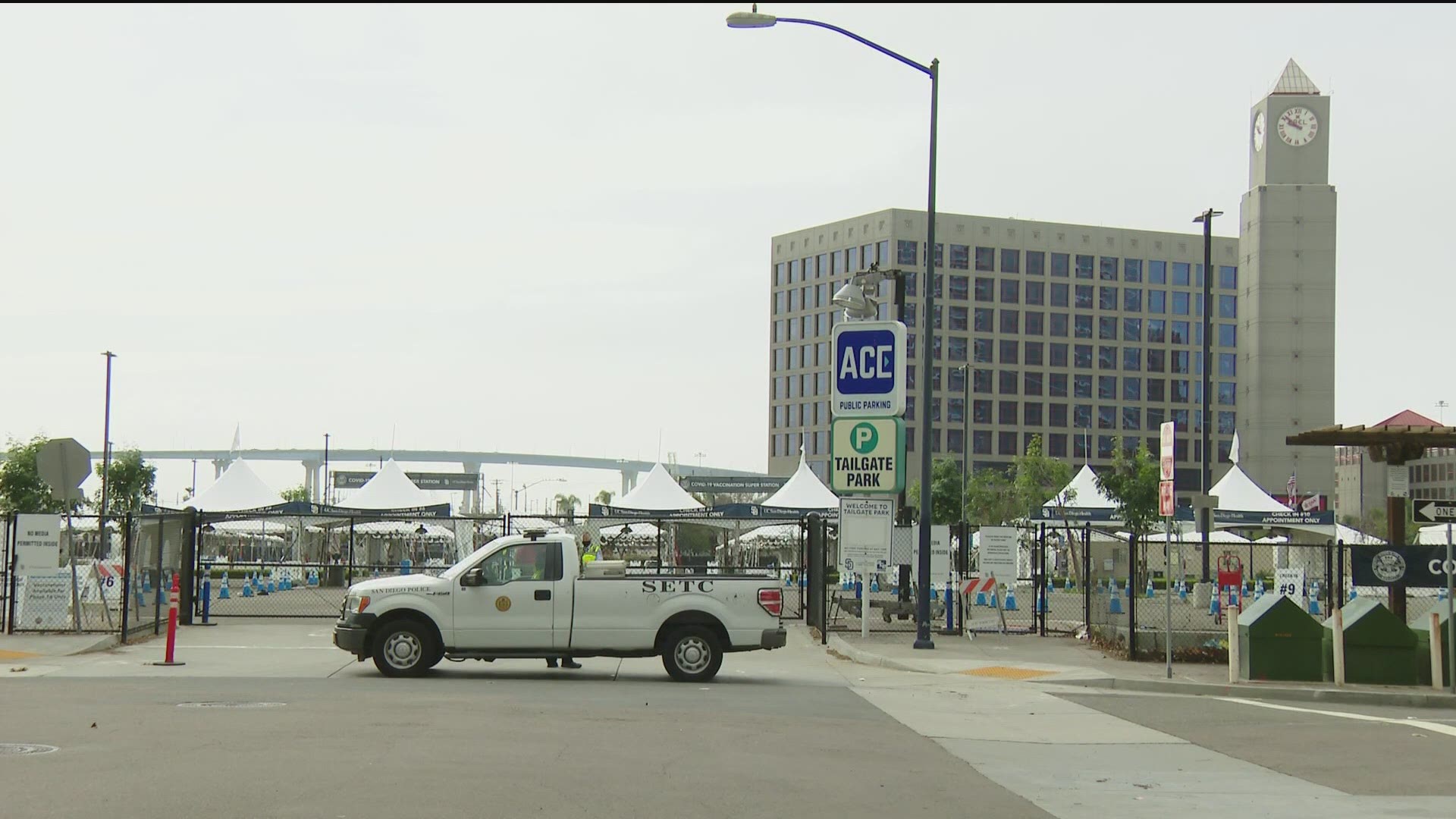 San Diego County reported 517 new cases of COVID-19 and two additional deaths as UC San Diego Health officials said the Petco Park COVID-19 vaccine super station will be closed Monday because of delayed vaccine shipments. Appointments for second doses on Feb. 19-22 were canceled and will be automatically rescheduled, the hospital said. People who had appointments should check the MyUCSDChart website for updates.

Sunday's data increased the number of COVID-19 infections to 257,030 since the pandemic began, while the death toll increased to 3,190. It was also the 10th consecutive day with cases below 1,000. Of 18,194 tests reported Saturday, 4% returned positive.

Three community outbreaks were reported Saturday, with 26 reported in the past week and 102 cases associated with those outbreaks.

The federal government announced it would attempt to get all delayed COVID-19 vaccines to their designated locations by the end of next week, and San Diego County public health officials said they were ready to administer those doses as soon as they arrive.

"We have the mechanism in place to be able to administer all the doses we get in San Diego County," Dr. Wilma Wooten, the county's public health officer, said Friday. "In the meantime, we're asking San Diegans to be patient. As the delayed doses arrive, we will administer them to everyone who has an appointment and release new time slots."

As many as several hundred vaccination appointments scheduled for Friday and Saturday at the county's largest vaccine distribution site -- Petco Park -- were postponed until some time next week, due to delayed vaccine shipments from the Midwest and East Coast.

The county's Health and Human Services Agency said residents who were scheduled for their second dose of the vaccine will also be rescheduled.

Currently, all county COVID-19 vaccination points of dispensing and the North County Super Station in San Marcos are only offering appointments for second doses. Appointments for first doses at these sites are being rescheduled into next week.

The Petco Park site delayed appointments a week ago, when a Moderna vaccine shipment was delayed on Feb. 12. The site reopened Wednesday, but vaccine appointments were already disrupted.

The massive winter storm gripping much of the nation has frozen supply lines for the vaccines. Moderna produces the bulk of its vaccines in Massachusetts, while Pfizer makes its in Michigan. Sub-freezing temperatures across much of the United States have delayed shipments of the vials around the country.