Many wonder how the J&J pause may impact vaccine roll-out for vulnerable populations in San Diego such as homebound seniors and people experiencing homelessness. 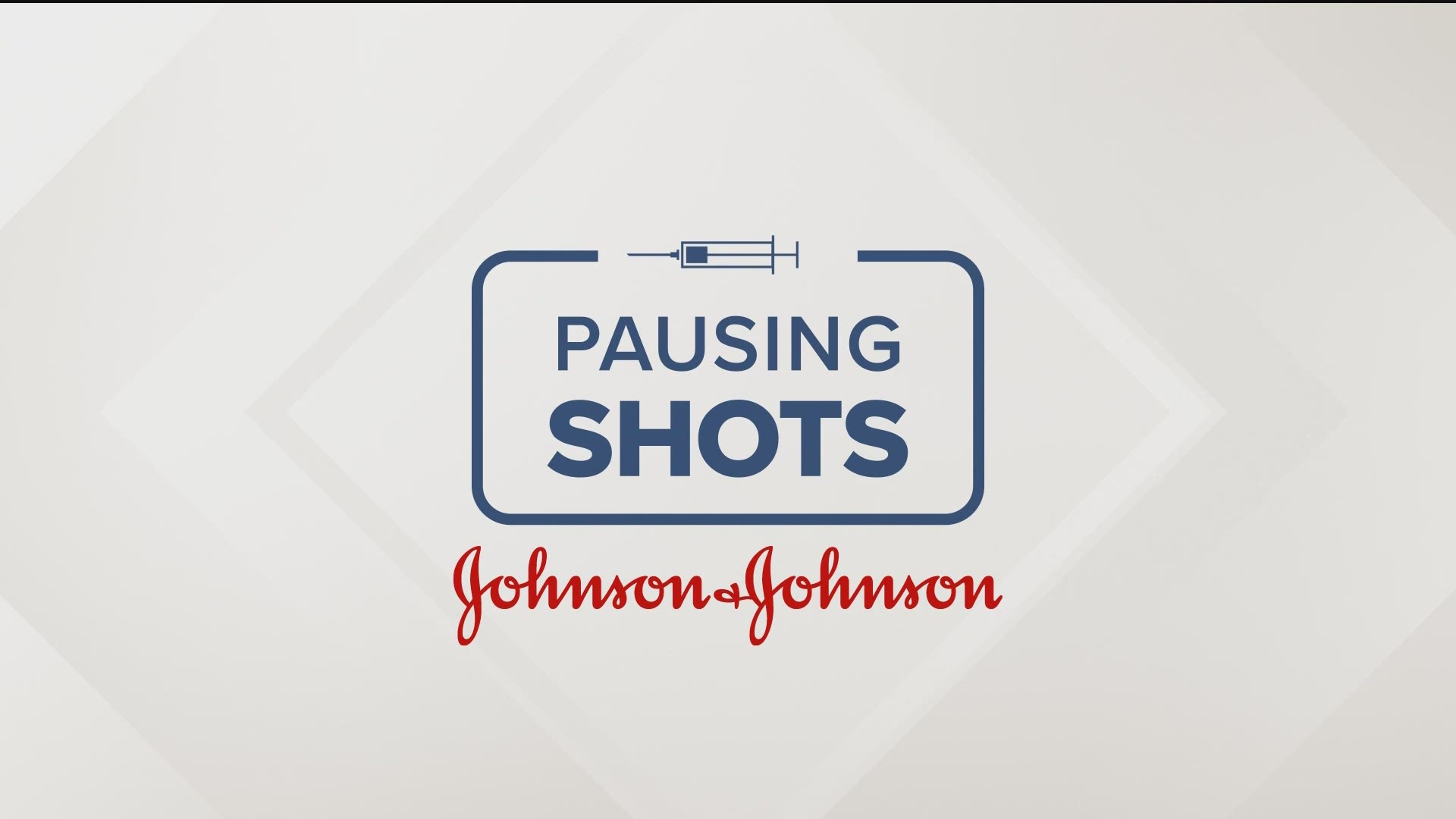 SAN DIEGO — San Diego County announced on Tuesday that they will immediately pause the use of the Johnson & Johnson COVID-19 vaccine "out of an abundance of caution".  The county is following guidance from national health organizations recommending the pause while they investigate reports of a handful of cases involving very rare, but potentially dangerous, blood clots.

"It's a minor disruption, but we want to make sure that we're safe. We will work to reschedule any individual who had a J&J and give them a priority,” said Nathan Fletcher, the Chair of San Diego County Board of Supervisors.

The Centers for Disease Control and Prevention and the Food and Drug Administration said they are looking into six cases of the clots that occurred in women, ages 18 to 48, several days after they received the single-dose vaccination.

California Governor Gavin Newsom said, "Six that's one in quite literally a million, and so you have to put that in perspective. I had the J and J vaccine and had no side effects whatsoever.”

The California Department of Public Health (CDPH) also issued a statement on Tuesday regarding the state's stance on the vaccine from Dr. Erica Pan, state epidemiologist.

“California is following the FDA and CDC’s recommendation and has directed health care providers to pause the use of the Johnson & Johnson vaccine until we receive further direction from health and safety experts. Additionally, the state will convene the Western States Scientific Safety Review Workgroup to review the information provided by the federal government on this issue. As the federal government has said, we do not expect a significant impact to our vaccination allocations. In California, less than 4% of our vaccine allocation this week is the Johnson & Johnson vaccine.”

San Diego County will immediately pause use of Johnson & Johnson vaccine out of an abundance of caution. More detailed information will be provided later this morning and this afternoon. This development comes as the CDC and CDPH are pausing use of the vaccine.

Nearly 7 million J&J COVID-19 doses have been administered in the U.S., almost all without serious side effects.

According to national health officials, all six cases of blood clots were in women between the ages of 18 and 48. There was one death and all remained under investigation.

WATCH: What the pause on the Johnson & Johnson COVID-19 vaccine means for San Diego

RELATED: What to watch for if you got Johnson & Johnson COVID shot

“I’d like to stress these events appear to be extremely rare. However COVID-19 vaccine safety is a top priority,” FDA Acting Commissioner Janet Woodcock said at a news conference on Tuesday. “We expect it to be a matter of days for this pause.”

Federal health officials say those who recently received the vaccine should see their doctor if they develop the symptoms: severe headache, leg pain, abdominal pain or shortness of breath.

Now that J&J is temporarily out, how will that impact San Diego's already limited shot supply come April 15?

"We're going to open it up essentially to everyone this week, so we're likely to see continued stress on the system and the availability of vaccines, but we know the Pfizer numbers are going to increase, and the Moderna numbers are also increasing,” Fletcher said.

While the Johnson and Johnson vaccine only makes up three to four percent of the  county's total COVID vaccine supply, because it is one-shot-only, it has been especially effective in vaccinating especially vulnerable communities such as homebound seniors, farm workers, and people facing homelessness.

"To be able to provide one-shot vaccines for our veterans is a blessing," said Matt Foster, chairman of North County Veterans Stand Down, which provides essential services to the homeless veteran population.

He says he's saddened by the pause in distributing the J&J vaccine, as his organization is working to help get as many members as possible vaccinated in the coming weeks, through the VA.

"It's one-shot which for the homeless community is huge," he added, "because to get a hold of them even one time you are blessed. Great, I got you on the phone, but then later I call them three, four, five times afterward and can't get a hold of them."

Foster said that the county's annual Stand Down event, which provides a wide range of services to the homeless veteran population, from medical and dental care to job assistance, has now been postponed to September. For more information, click here.

Today, the FDA and CDC recommended a pause in the use of the Johnson & Johnson vaccine. Here’s what you need to know: pic.twitter.com/QVtrEkqO8F

A CDC committee will meet Wednesday to discuss the cases and the FDA has also launched an investigation into the cause of the clots and low platelet counts.

Johnson and Johnson released a statement saying, "There is no clear relationship between these rare events" and its vaccine.